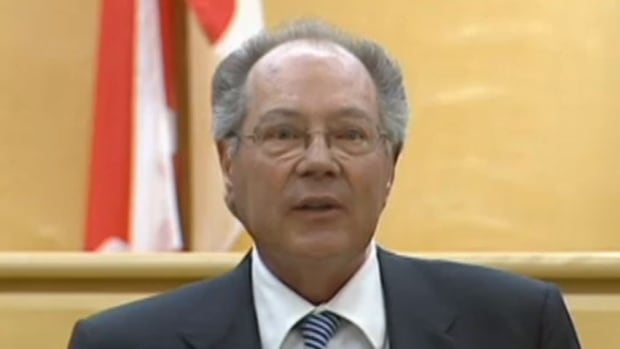 Former Supreme Court of Canada justice Michel Bastarache was hired by the Diocese of Bathurst to oversee compensation of sexual assault victims.

Former Supreme Court of Canada justice Michel Bastarache was hired by the Diocese of Bathurst to oversee compensation of sexual assault victims. (CBC)

A former Supreme Court justice testified today in a lawsuit between the Diocese of Bathurst and its insurance company.

Michel Bastarache took the stand and described how victims told him how they were sexually abused by Catholic priests in the diocese dating back to the 1950’s.

Bastarache was in charge of a confidential conciliation or compensation process for victims of molestation by priests in the Bathurst diocese.

He was hired in 2010 by Bathurst’s bishop at the time, Valery Vienneau, who is now the Archbishop of Moncton.

“At that time I thought it would be 30 people and only two priests involved, but I interviewed 90 people,” said Bastarache.

The victims reported sexual abuse by a total of 26 priests in the diocese.

The former judge testified in the civil lawsuit between the Bathurst diocese and the Aviva Insurance company. The church is suing Aviva for more than $7 million, the amount of money it paid out to victims of sexual abuse.

Aviva argues it has no obligation to pay that money to the church because the company says the church knew children and teens were being molested by priests for decades and did nothing about it. 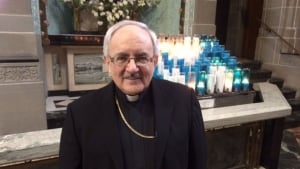 Bastarache told the court victims were emotional when telling him their stories of abuse.

“Suddenly they’d break out crying, I’d have to stop and come back and ask the same question three or four times,” said Bastarache.

“Some were mad … some were desperate,” he said with emotion to the court, “Some angry.”

To ensure anonymity, Bastarache said he is the only one who knows the names of the victims who received compensation, and the victims are only identified to the diocese by a number.

Bastarache explained to the court he came up with a compensation formula based on a lot of research.

“I read all the cases I could find dealing with sexual assault and tried to identify the kind of abuse and the compensation,’ he said.

He interviewed each victim that came forward, and he would cross-reference their claims of abuse. Bastarache then determined how much each person would receive based on the nature of assault, age, and number of incidents.

Bastarache told the court he is “convinced” the compensation process was fair to the victims and to the diocese.

“I thought he [Vienneau] was very courageous,” he said, referring to the compensation process. Bastarache said Vienneau went ahead with the process despite pushback from parishioners who didn’t want money they helped raise go towards paying out victims of abuse. 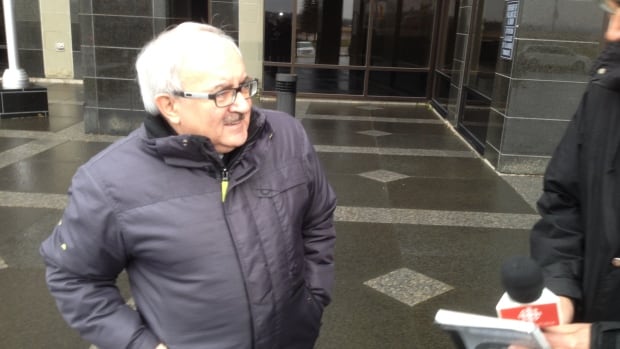 Archbishop Valery Vienneau testified at the trial involving the Catholic Diocese of Bathurst and its insurance company over compensation for victims of abuse. (Ian Bonnell/CBC)

Day two of the trial involving the Bathurst Catholic diocese and its insurance company got underway in Moncton on Wednesday.

A lawsuit was filed by the Diocese of Bathurst against Aviva Insurance over compensation for abuse victims.

The church believes its insurance should cover the payouts. 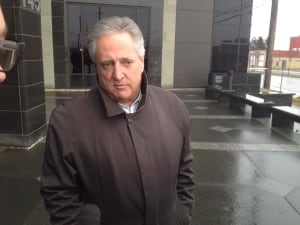 Most of the questioning by Aviva defense lawyer Charles LeBlond revolved around retired priest Levi Noel.

Noel spent 30 years in the Diocese of Bathurst and was sentenced in 2010 to eight years in prison after pleading guilty to 22 sex-related offences.The victims were boys between the ages of eight and 16 at the time of the abuse.

LeBlond referred to correspondence between Vienneau, Noel and many other members of the Roman Catholic church dating back to the early sixties.

The letters and notes demonstrated a clear pattern of abuse allegations in the areas Noel worked, followed by his subsequent transfer from over a half-dozen communities.

Speaking to reporters outside of court, Leblond said the issue is what the diocese knew, “and by diocese, I mean the archbishops of the day as they progressed through the years, and when notice of potential claims should have been provided.”

Leblond says there are time limitations on these types of claims.

The trial is expected to continue into next week.