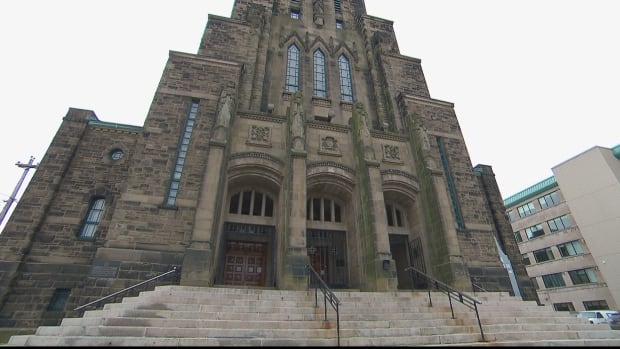 The Cathédrale Notre-Dame-de-l’Assomption is one of the churches in the Archdiocese of Moncton affected by civil lawsuits launched by victims who were sexually abused by priests. (Radio Canada)

After paying out millions of dollars in damages to more than 100 victims of sexual abuse, the Roman Catholic Archdiocese of Moncton may owe even more money.

Three new lawsuits have been filed in recent weeks by victims of sexual abuse against the priests accused of molesting them.

The lawsuits involve former priest Yvon Arsenault, who is serving a four-year prison sentence after he pleaded guilty to sex crimes against nine young boys, and Paul Breau, former chaplain at the University of Moncton and Dorchester Penitentiary, whose trial date has yet to be set. 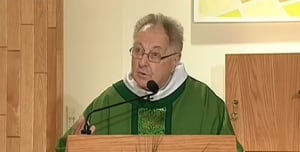 Father Paul Breau was chaplain at the University of Moncton for almost a decade. (Radio-Canada) 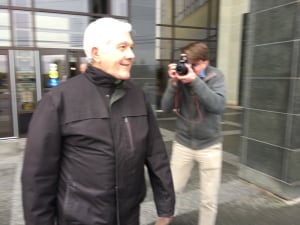 Yvon Arsenualt was sentenced to four years in prison for molesting boys. (Radio-Canada)

The most recent civil suit was filed Wednesday against both Arsenault and Breau.

One individual says they sexually abused him at St. Joseph’s Parish in Shediac in the early 1980s, when he was between 13 and 16 years old.

The lawsuit says that he was often asked to stay after Sunday mass to help with various church duties, and that’s when the abuse happened.

Arsenault is alleged to have sexually assaulted the boy on at least 10 separate occasions and Breau on two or three.

The victim is accusing the church of turning a blind eye to the abuse and is asking for compensation for the damage caused. The suit calls the priests’ actions “malicious” and “inexcusable,” saying the victim’s ability to carry on a normal life has been extinguished.

This latest suit is in addition to two others that were filed against Arsenault in February, just days before he was sent to prison.

Those two complainants were sexually abused by Arsenault in the 1970s, when they were altar boys at his church.

Both also testified in the criminal trial against Arsenault.

According to documents filed at Moncton’s Court of Queen’s Bench in 2015, the series of pedophilia scandals plaguing the catholic church had already cost the Moncton Archdiocese $12 million.

In all, 109 victims have received compensation totalling $10.5 million.

In February, Moncton Archbishop Valery Vienneau said 20 of churches in were in danger of closing because of financial difficulties which he blamed more on shrinking congregations than fallout from the sex scandals.

“I think it’s part of the normal process of a lot of dioceses at this point,” he said at the time.

Since 2015, more than 20 additional civil suits have been filed against the church, so the financial costs could continue to rise.

One of Arsenault’s victims, who testified at his criminal trial, said he was not surprised to hear about more people going after the church. 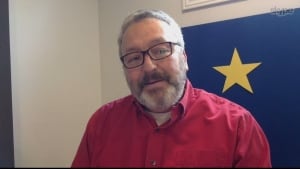 “It’s not over,” said Jean-Louis Pitre.

Pitre had asked the court to lift the publication ban normally in place to protect victims of sexual abuse in order to talk publicly about the abuse, in the hopes of encouraging more victims to come out to share their stories and ask for help.

The Moncton Archdiocese has declined comment on the latest lawsuits.