ROME—The Vatican plans to send guidelines around the world instructing church officials on how to lead a “coordinated” crackdown on abusive priests, in the Holy See’s latest attempt to address the sex-abuse scandal that has hit the Catholic Church over the past year. 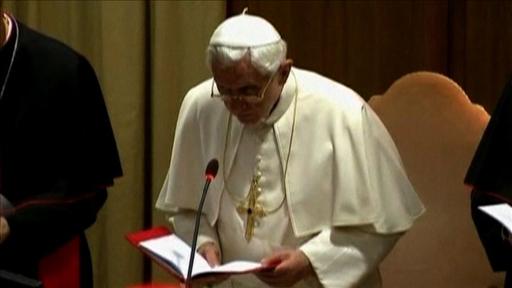 Cardinals from around the world met with Pope Benedict to discuss the response of the Roman Catholic church to the multitude of cases of sexual abuse by priests worldwide. Video courtesy of Reuters.

Cardinal William Levada, head of the Vatican office that disciplines abusive priests, told a worldwide meeting of cardinals on Friday that his office is drafting a circular that will contain guidelines for bishops to take measures in protecting children, assisting victims and working with civil authorities, the Vatican said in a statement issued late Friday.

The group was informed of “preparation work for a circular…on the guidelines to offer a coordinated and efficient program,” against abuse, the statement said. The Vatican didn’t release further information about the guidelines’ severity or how they would be implemented.

Hundreds of allegations of abuse have surfaced this year across Europe, including in Pope Benedict XVI’s native Germany. The crisis has cut deep into the church’s credibility in a region where the pope was already struggling to stem a decline in practicing Catholics.

Buffeted by waves of criticism, the Vatican has toughened its laws on disciplining priests. Pope Benedict has accepted the resignations of bishops who helped cover up abuse.

The Vatican has also issued an explanatory guide for laypeople seeking to understand the Vatican’s relatively arcane rules for handling sexually abusive priests.

Critics have called on the Vatican to require bishops to report all allegations of abuse. The Vatican refuses to take that step, because oppressive governments could use trumped-up allegations to persecute innocent priests, Vatican officials say.

Still, Vatican officials are worried that bishops in dioceses scattered across the globe are taking an uneven approach to tackling the crisis. Bishops in the U.S. have adopted so-called “zero tolerance” policies for suspending priests from active ministry while allegations are being investigated.

Dioceses from Italy to India, however, lack formal procedures for handling allegations. In Belgium, which was recently rocked by hundreds of documented allegations, bishops recently disbanded a sexual-abuse commission charged with looking into allegations after police temporarily seized its records in a high-profile raid.

One of the biggest challenges facing the Vatican is the longtime practice of bishops who transfer abusive priests from one diocese to another. Some bishops have transferred priests to dioceses in different countries after victims reported abuse without alerting the host diocese or civil authorities to the clerics’ the history abuse, resulting in fresh allegations.

The guidelines contained in the forthcoming Vatican circular aren’t expected to have the binding force of canon law, according to a person familiar with the matter.

Rather, it will serve as an official guide for bishops to implement their own measures, the person said. The meeting of cardinals on Friday was held a day before Pope Benedict will preside over ceremony to appoint a new set of cardinals.

The meeting is an occasion for the pope to discuss some of the biggest challenges facing the church with the members of the club who will elect his successor. However, the discussion of sex abuse at the meeting has generated skepticism from some victims’ groups who criticize the Vatican’s efforts to address the crisis as toothless.

“We didn’t have high hopes for this meeting because these church officials are the same men who ignored and concealed, and are largely still ignoring and concealing, horrific crimes against kids,” said David Clohessy, National Director of the Survivors Network of those Abused by Priests.