ROME—The Vatican on Monday published a guide to the Holy See’s norms for handling sexual-abuse cases in an attempt to quell criticism over Pope Benedict XVI’s response to the sex-abuse crisis.

The guide, which was posted on the Vatican’s Web site on Monday, notes that local bishops are required to investigate “every allegation of sexual abuse of a minor by a cleric” and report allegations that have “a semblance of truth” to the Vatican’s Congregation for the Doctrine of the Faith.

The guide is based on a 2001 overhaul of the Vatican’s sexual-abuse laws that was spearheaded by Benedict XVI, who at the time was Cardinal Joseph Ratzinger, head of the Vatican’s Congregation of the Doctrine for the Faith. 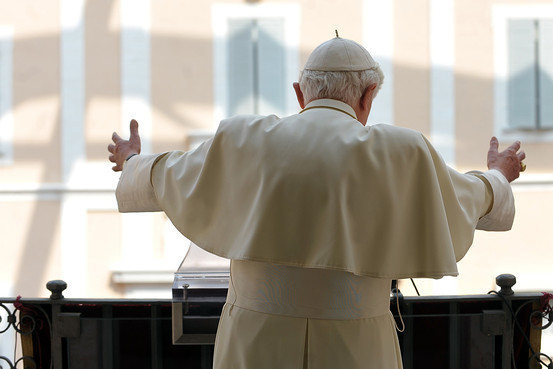 The guide is based on a 2001 overhaul of the Vatican’s sexual-abuse laws that was spearheaded by Benedict XVI, who at the time was Cardinal Joseph Ratzinger, head of the Vatican’s Congregation of the Doctrine for the Faith. Although the 2001 procedures have been in the public domain for years, they were initially written for use by bishops and canon lawyers. The document published on Monday serves as an “introductory guide which may be helpful to lay persons and non-canonists,” the Vatican said.

Over the past month critics have accused the Vatican of foot-dragging in handling decades-old cases of sexual abuse by priests. In some cases, the Holy See took years to defrock priests as the Church’s internal appeals process was exhausted, according to internal church documents. Vatican officials, however, assert that the 2001 overhaul in helped make sexual-abuse trials faster.

During the preliminary stage of an investigation, bishops can impose “precautionary measures” to safeguard their diocese against sexually abusive priests, the guide states. A draft-version of the guide, reviewed by The Wall Street Journal, didn’t spell out what kinds of precautionary measures bishops should take to protect children from abusive priests, nor does it explain whether bishops are expected to immediately report abuse allegations to civil authorities.

The version posted on the Vatican Web site Monday, however, noted that bishops can restrict “the activities of any priest in his dioceses.”

“This is part of [a bishop’s] ordinary authority, which he is encouraged to exercise to whatever extent is necessary to assure that children do not come to harm,” the guide said. The Vatican guide also noted that bishops are “always” required to follow civil law in reporting sexual abuse to law enforcement authorities.

The Congregation for the Doctrine of the Faith is also empowered to dispense with a church trial and refer a case directly to the pope for defrocking “in very grave cases where a civil criminal trial has found the cleric guilty of sexual abuse of minors or where the evidence is overwhelming,” according to the guide.

The Congregation for the Doctrine of the Faith can also bring cases directly to the pope when priests are “cognizant of their crimes” and request dismissal from the priesthood, the guide says.

If a priest admits to committing sexual abuse and agrees to “live a life of prayer and penance,” the Congregation for the Doctrine of the Faith can authorize a local bishop to prohibit or restrict the priest’s public ministry, the guide states.

The guide is unlikely to abate anger among some abuse victims who say the Vatican norms are toothless. Such victims have called on the Vatican to crack down on bishops and cardinals who have failed to report sexual abuse to civil authorities.

“Church policies, whether on-line or not, are largely irrelevant. Bishops answer to virtually no one and can easily ignore policies. We must focus on behavior, not policies, and on deeds, not words,” said Barbara Blaine, a member of the Survivors Network of those Abused by Priests.