Pope hits out at criticism of Church over sexual abuse 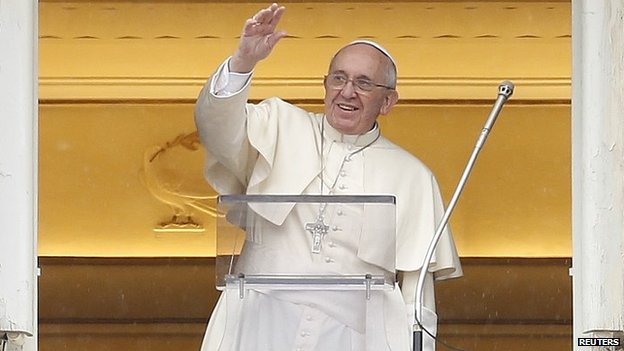 In a rare interview with an Italian newspaper, the Pope said “no-one else has done more” to root out paedophilia.

He said the Church had acted with transparency and responsibility, yet it was the only institution to have been attacked.

Last month, the UN strongly criticised the Vatican for failing to stamp out child abuse and for allowing cover-ups.

In his interview with Corriere della Sera published on Wednesday, Pope Francis said: “The Catholic Church is perhaps the only public institution to have acted with transparency and responsibility.

“No-one else has done more. Yet the Church is the only one to have been attacked.”

The Pope, who will celebrate his first anniversary of his election later this month, also praised his predecessor, Emeritus Pope Benedict XVI, for changing the Church’s attitude towards predatory priests, saying he had been “very courageous”.

He also questioned the focus of the debate, saying: “The statistics on the phenomenon of violence against children are shocking, but they also clearly show that the great majority of abuses are carried out in family or neighbourhood environments.”

A UN report into the abuse scandals published last month called on the Pope to “immediately remove” all clergy who were known or suspected child abusers.

It also accused the Vatican of systematically placing the “preservation of the reputation of the Church and the alleged offender over the protection of child victims” – something it has strenuously denied.

The UN Committee on the Rights of the Child (CRC) said the Holy See should open its files on members of the clergy who had “concealed their crimes” so that they could be held accountable by the authorities.

Pope Francis has set up a commission to investigate sex crimes committed by priests and to care for victims, but so far he has made very few public comments about the scandals that have rocked the Church in recent years. 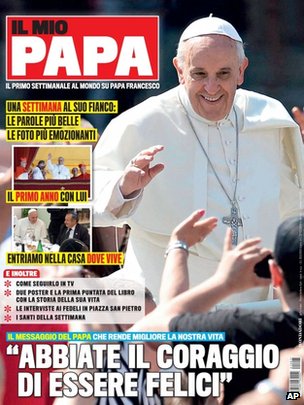 The leader of an Italian group representing victims of clerical sex abuse claimed there had been little action from the Vatican and said there had been no “big changes” under Pope Francis.

Francesco Zanardi of Rete L’Abuso, told the BBC: “The cases of child abuse by priests continue to happen, all around Italy, and of the cases that we’ve denounced we have seen no results.”

“The Pope may make this statement, but then the Vatican doesn’t reply to the UN or impose the obligation that bishops should denounce accused priests in the courts and not deal with the cases internally.

The founder of the US-based website, BishopAccountability.org, Terence McKiernan, was more direct in his criticism, complaining that the Pope had not merely failed to apologise to the children who had been abused but had not even expressed sorrow.

“It is astonishing, at this late date, that Pope Francis would recycle such tired and defensive rhetoric,” he said.

Pope Francis also used the interview with Corriere della Sera to admit that he was uncomfortable with the depiction of him as a “superman” who leaves the Vatican at night to feed the homeless.

He told the newspaper: “The Pope is a man who laughs, cries, sleeps calmly and has friends like everyone else. A normal person.”

His comments came as a new weekly magazine devoted entirely to his life, called Il Mio Papa – or My Pope – hit the news-stands in Italy.