Advisory panel emerges from Council of Cardinals meeting in Rome

In a surprise move, the Holy See yesterday announced that Pope Francis is to assemble a panel of experts to advise him on the problem of clerical sex abuse. This Vatican Child Protection Commission represents arguably the first concrete proposal to emerge from the so-called “G8” Council of Cardinals who have been meeting with the pope in Rome this week.

Originally appointed in April by Pope Francis to help him both govern and reform the Catholic Church, the G8 council is only now getting down to serious work.

Vatican insiders last night suggested that such a decision, at this early stage in the process of Curia reform, indicates the level of commitment that Pope Francis wants to bring to the sex abuse issue.

As far as the composition of the commission’s panel of experts goes, it seems likely that the Archbishop of Dublin, Diarmuid Martin, will be nominated, given his extensive track record in dealing with the problem in the Dublin archdiocese. Another obvious panel member may well be the Maltese bishop Charles Scicluna, the former Promoter of Justice at the Congregation for the Doctrine of the Faith.

Occasionally criticised
Thus far in his seemingly revolutionary pontificate, Francis has been occasionally criticised for not paying much attention to the issue of clerical sex abuse. To some extent, the pope has this week defied those critics since this was the second time in four days that he has dealt with the problem.

In a message to the Dutch bishops in Rome for an ad limina visit on Monday, the pope had said that he wished to express his “compassion” and “closeness in prayer to every victim of sexual abuse”.

Presenting the new commission yesterday, Boston cardinal Sean O’Malley, one of the G8 cardinals, said that the commission’s purpose would be to advise the pope “on the Holy See’s commitment to the protection of children and in pastoral care for victims of abuse”.

Admitting that competence for the handling of clerical sex abuse still lies largely in the hands of the local church, Cardinal O’Malley also said that the Holy See’s objective will be to “identify best practices”.

Further information on the new commission, including both its membership and working brief, will be made available in a forthcoming papal document. It would seem that the cardinals decided yesterday that this was a good idea that had to be implemented immediately, with precise working details to follow later.

Thorny question
While it is clear that the commission will urge measures both to protect children from paedophiles and also to better screen men for the priesthood, it remains unclear what position the commission will adopt on the thorny question of bishop accountability or what measures to adopt with bishops who knowingly shelter abusive priests.

Asked about bishop accountability yesterday, Cardinal O’Malley said he did not yet know if this would be a problem addressed by the commission. 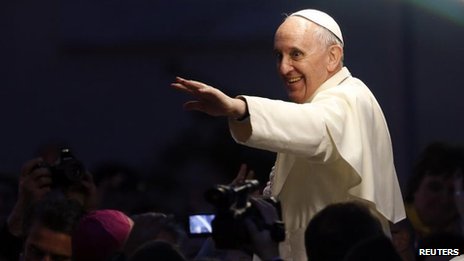 Pope Francis is to set up a Vatican committee to fight sexual abuse of children in the Catholic Church and offer help to victims.

The announcement, by the archbishop of Boston, follows a meeting between the Pope and his eight cardinal advisers.

It comes days after the Vatican refused a UN request for information on alleged abuse by priests, nuns or monks.

One of the main Italian associations of clerical abuse survivors has said it has “little trust” in the Vatican.

Earlier this week the Pope expressed his compassion for the many victims of sex abuse by priests around the world.

Cardinal Sean O’Malley, the archbishop of Boston, said the proposed panel of experts could provide codes of conduct for clergymen, guidelines for Church officials and better checks for would-be priests.

“Up until now there has been so much focus on the judicial parts of this but the pastoral part is very, very important. The Holy Father is concerned about that,” he said.

“We feel that having the advantage of a commission of experts who will be able to study these issues and bring concrete recommendations for the Holy Father and the Holy See will be very important.”

He added that the move was in line with the approach of the former Pope, Benedict XVI, who referred to the “filth” in the Catholic Church. Pope Benedict was, however, accused of failing to do enough to address the problem.

The Commission will keep the Pope informed about programmes in place for the protection of children, will formulate suggestions for new initiatives, the Vatican said in a statement.

The archdiocese of Boston was the centre of a child sexual abuse scandal involving Catholic priests in the US in 2002. It ultimately led to the resignation of the archbishop at the time.

The Catholic Church has faced a raft of allegations of child sex abuse by priests around the world and criticism over inadequate responses by bishops.

Earlier this year the Pope strengthened Vatican laws on child abuse, broadening the definition of crimes against minors to include sexual abuse of children.

The UN Committee on the Rights of the Child put a wide-ranging questionnaire to the Holy See – the city state’s diplomatic entity – last July, asking for detailed information about the particulars of all sexual abuse cases notified to the Vatican since 1995.

The Vatican refused, saying the cases were the responsibility of the judicial systems of countries where abuse took place.

Vatican officials are due to be questioned about child abuse, among other issues, by the UN Committee on the Rights of the Child in January. 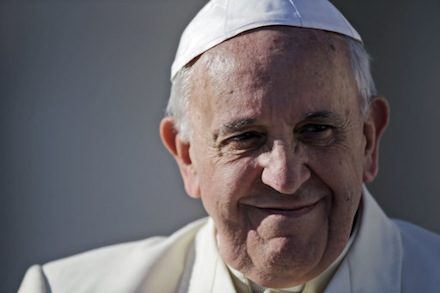 Pope Francis accepted a proposal to set up a special commission on the sexual abuse of children, which will advise him on ways to prevent abuse and provide pastoral care for victims and their families.

Cardinal Sean P. O’Malley of Boston, a member of the pope’s advisory Council of Cardinals, announced the decision at a Vatican briefing for reporters today, during a break in the council’s meetings with the Pope.

The cardinal said the new commission would continue the work of Pope Benedict XVI against clerical sex abuse, and that among its tasks would be to “study the present programs in place for the protection of children, and to come up with suggestions for new initiatives” by the Vatican, in collaboration with national bishops’ conferences and religious orders around the world.

According to the Vatican spokesman, Jesuit Father Federico Lombardi, Pope Francis heard the proposal yesterday during the second of three days of meetings with his 8-member Council of Cardinals, and announced his decision to the council the following morning.

The council, which the Pope formally established in September to advise him on church governance and reform of the Vatican bureaucracy, was holding its second round of meetings, following an initial three-day session in October.

Cardinal O’Malley said the new sex abuse commission would be of international composition, consisting perhaps of 12 members, including lay people, members of religious orders and priests. The members will be persons with “competence in the safety of children, relations with victims, mental health, law enforcement” and other relevant subjects, he said.

The new body will not take over the Congregation for the Doctrine of the Faith’s authority for disciplining abusive priests, and local bishops will remain responsible for the safety of children in their dioceses, the cardinal said; but the “Holy See will try to be helpful and help to identify best practices.”

The cardinal said he did not know whether the commission would play any role in disciplining bishops who fail to prevent or punish sex abuse by those under their authority.

In 2011, the Vatican instructed the world’s bishops’ conferences to establish formal guidelines on dealing with clerical sex abuse, but reported in February 2013 that about a quarter had failed to comply.

Asked whether the new commission was intended to fill a particular gap in the church’s response to the problem, Cardinal O’Malley said the Vatican’s focus so far had been on legal procedures, and that the new body would represent a more pastoral approach.

The cardinal said the commission would study a number of areas, including programs to educate pastoral workers in signs of abuse, psychological testing and other ways of screening candidates for the priesthood, and the church’s “cooperation with the civil authorities, the reporting of crimes.”

Pope to set up special committee on child sex abuse 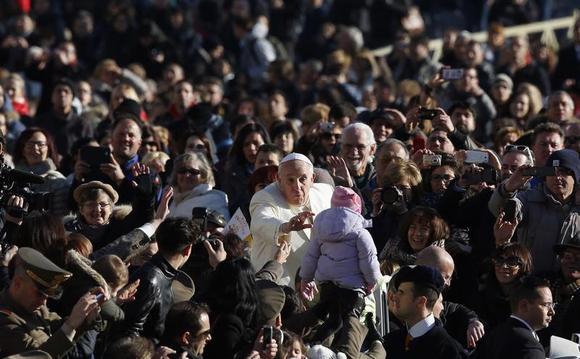 Pope Francis greets a child as he arrives for his weekly general audience at St. Peter’s Square at the Vatican December 4, 2013.

(Reuters) – Pope Francis is to set up a special committee to help protect children against sexual abuse within the Catholic Church, the archbishop of Boston, Cardinal Sean Patrick O’Malley, said on Thursday.

The move is Francis’ first major step to address the crisis that has discredited the church, in the face of charges the Vatican has not done enough to protect children or make amends.

“The Holy Father has decided to establish a specific commission for the protection of children,” O’Malley told reporters.

“The commission will be able to advise the Holy Father about the protection of children and pastoral care of victims of abuse.”

Cases of abuse by clergy have forced the church to pay hundreds of millions of dollars in compensation worldwide, bankrupting a string of dioceses in the United States.

The precise mission and make-up of the committee is not yet decided but its role is likely to involve forming guidelines for child protection, improving screening of priests, examining ways to help victims and coordinating cooperation with civil authorities over abuse cases, O’Malley said.

It is also expected to examine ways to help communities affected by abuse and provide mental health care to victims.

The proposal of a child protection committee was first discussed on Wednesday and Francis immediately approved the suggestion when told of it on Thursday, meaning it could be immediately announced, O’Malley said.

The Vatican was criticized for refusing to share details of its internal investigations into abuse cases earlier this week and some commentators have faulted the first Latin American pope for not addressing the inherited abuse scandal.

O’Malley pioneered a pro-active response to the issue by publishing a database of Boston clergy accused of sexual abuse of minors online in 2011.

His announcement came on the third and final day of a series of closed-door meetings between Pope Francis and a special commission of eight cardinals who are discussing the Vatican’s troubled administration.

The group, named a month after the pope’s election, aims to push through reforms of the top-heavy administration and tackle festering scandals like child sex abuse by priests. It will next meet from February 17-19, O’Malley said.