Pope Francis decries critics of church as ‘friends of the devil’

Pope Francis has said that those who constantly criticise the Catholic church are “friends of the devil”. Speaking to pilgrims from southern Italy, the pontiff said that defects of the church needed to be denounced so they could be corrected, but that those who condemned “without love” were linked to the devil.

His remarks come as dozens of victims of clerical sexual abuse gathered in Rome ahead of an unprecedented Vatican summit on the issue. In the lead-up to the four-day event, which begins on Thursday and which will be attended by about 180 bishops and cardinals, the victims have criticised the church’s failure to sufficiently address the issue so far. 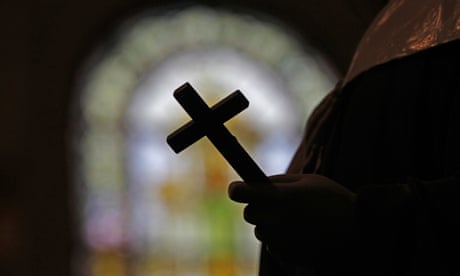 Credibility of Catholic church at stake in sexual abuse summit

The Vatican said it hoped that the meeting would mark a turning point. But people who had survived sexual abuse by priests said the church was nowhere close to confronting the deeply entrenched problem.

“There are two points,” Isley said. “Kicking out abusive priests and expelling the bishops and cardinals who covered them up. Resignations are not enough.”

Twelve victims met together with the organising committee of the summit on Wednesday afternoon. One, Phil Saviano, whose revelations to Boston Globe journalists in 1992 led to a widespread investigation that exposed sex abuse by the clergy, gave a letter to the archbishop of Malta, Charles Scicluna, asking for the names of thousands of priests found guilty of child abuse to be released. “Peoples’ faith and trust in the Vatican is rapidly washing away,” he wrote in the letter.

Anne Barrett Doyle, from the US-based website BishopAccountability.org, told reporters in Rome that canon law had to be fundamentally changed so that it stopped “prioritising the priesthood of ordained men over the lives of children and vulnerable adults who are sexually assaulted by them”.