MATT SAXTON For The Times Leader

BRIDGEPORT — A retired Belmont County Catholic priest and former schoolteacher has been relieved of active ministry duties after the Roman Catholic Diocese of Steubenville received what it says is a credible sexual abuse allegation against him.

Diocese spokesman Dino Orsatti said Monday that Monsignor Mark Froehlich, 75, of Belmont, will no longer be able to participate in church-related activities.

Although Froelich retired in 2014, he was still helping some churches with activities such as Masses, confessions and church functions.

As of Monday night, Froelich was not facing criminal charges. But Bishop Jeffrey M. Monforton decided that the allegation was serious enough to remove him from those duties, Orsatti said.

“Our attorneys felt that the accusations are credible enough that the retired priest should be removed from active ministry,” he said.

However, Froehlich said Monday night that he disputes the allegation.

“These things are not truthful,” said Froehlich. “I haven’t even seen these allegations, so I really can’t comment.

“I’ve been doing this for 50 years,” Froehlich said of his duties as a teacher and as a priest. “With this crazy #MeToo crap that’s going on, a defendant like me will have a tough time.”

Froehlich said he taught English and Latin at both Catholic and public schools as well as advised the staff of various yearbooks. He taught at St. Joseph Central Grade School in Bridgeport, where he also once served as the St. Joseph parish priest, beginning in 1988. The diocese closed St. Joseph’s school in 2011 because of declining enrollment. Froehlich also said he taught at St. John Central High School, Bellaire, from 1978-1981.

Newspaper records indicate that Froehlich, originally of Woodsfield, was ordained at Holy Name Cathedral, Steubenville, in 1969. He was stationed at churches throughout Eastern Ohio but was pastor of Assumption of the Blessed Virgin Mary Parish, in Barnesville, as well as St. Mary Parish, in Temperanceville, at the time of his retirement.

Orsatti said Bishop Monforton informed priests throughout the diocese Friday about the allegations. During Mass Saturday and Sunday, several of those priests read statements about Froehlich to their parishioners.

All those churches are in Belmont County. They are St. Joseph; St. Mary; Assumption of Blessed Virgin Mary; and Sacred Heart, Neffs.

Orsatti said the diocese encourages anyone who is a sexual abuse victim to call the police. The diocese also asks that victims within the diocese contact Thomas S. Wilson in the diocese office of civil law. He can be reached 740-282-3631 or at twilson@diosteub.org. 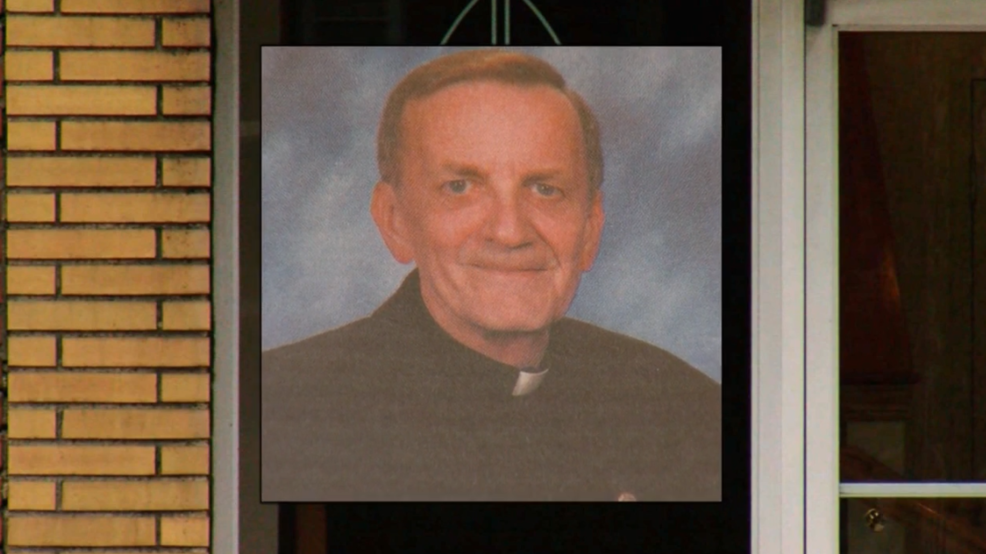 The Catholic Diocese of Steubenville is announcing what it says is credible allegations of sexual abuse against a retired priest.

JEFFERSON COUNTY, Ohio — The Catholic Diocese of Steubenville is announcing what it says is credible allegations of sexual abuse against a retired priest.

The allegations against Froelich, have resulted in his removal from any and all church activities.

“Bishop Monforton felt the allegations were credible enough to remove him from active duty,” said Steubenville Diocese Director of Communications Dino Orsatti. “He’s been retired since 2014, but a lot of retired priests they help out with different parishes, with mass and confessions. But he’s not permitted to do anything with any church in the diocese.”

“At the time, the person was a minor,” Orsatti said. “It happened in the late 80s, early 90s, but the person obviously not a minor now, but it did happen when the person was under 18.”

Here are the parishes where a statement regarding the retired priest was read:

And here is where the accused worked at several regional schools:

If you were a member of any of these parishes, or were a student at any of those schools, contact your local municipal police department. Potential victims or those who have knowledge of credible allegations are also encouraged to contact the diocese.