One name stands out on an otherwise innocuous list of upcoming clerical assignments issued this month by the Archdiocese of Philadelphia: the Rev. Louis Kolenkiewicz.

He’s scheduled to return from a leave of absence on June 19, and become a parochial vicar at the Cathedral Basilica of SS. Peter and Paul, around the corner from the archdiocese’s administrative offices. What’s left unsaid in the announcement is the reason why Kolenkiewicz has been on leave since 2015.

Bucks County prosecutors investigated the priest in 2011 for more than 12,000 pornographic images found on a computer he used at St. Bede the Venerable Parish in Holland, Bucks County, where he had been assigned. And while they did not file charges, they said they remained so concerned about the priest returning to active ministry that they helped provoke his suspension two years ago.

District Attorney Matthew D. Weintraub described the news of Kolenkiewicz’s reinstatement as a surprising development after a frustrating investigation he said was hobbled by the church’s failure to preserve evidence found a decade ago and leaving local law enforcement in the dark.

“Wow,” Weintraub said this week when told by the Inquirer and Daily News that Kolenkiewicz had been assigned to the signature cathedral for the five-county archdiocese.

Church officials removed Kolenkiewicz from St. Bede because of concerns that images of minors may have been among the photos he allegedly downloaded on a parish computer.

Ultimately, authorities filed no charges. The archdiocese has since determined that the 49-year-old priest “is suitable for ministry and that he does not pose any danger to minors or other individuals,” Kenneth Gavin, an archdiocesan spokesman, said in an email. As a parochial vicar, Kolenkiewicz can celebrate Mass and perform other priestly functions.

But after nearly 15 years of investigation, prosecution, and litigation over sex-abuse allegations involving Philadelphia-area priests, the Kolenkiewicz assignment reflects how the church’s internal response to cases continues to exasperate even law enforcement, and fuels skepticism among some about whether the institution really has begun to, or wants to, change.

The backstory is a long one.

In 2005, Kolenkiewicz admitted to using a computer in St. Bede’s rectory to view graphic images, Gavin said. But the archdiocese did not contact police in Northampton Township or the Bucks County District Attorney’s Office. Instead, Gavin said, the archdiocese contacted the FBI’s Innocent Images Unit, after the images were first reviewed by an outside agency. The FBI told the archdiocese the material didn’t include any images of minors, he said. (An FBI spokesperson declined to comment.)

In 2011, the cleric’s case got a fresh look after another scathing Philadelphia grand jury investigation. Its 124-page, damning report detailed the archdiocese’s underwhelming response to decades of allegations about priests who abused children, even after an earlier comprehensive grand jury probe had delivered a similarly critical assessment of the church in 2005.

A pediatrician says at least 12 pornographic images found on Father Louis Kolenkiewicz’s computer may depict children, according to reports. 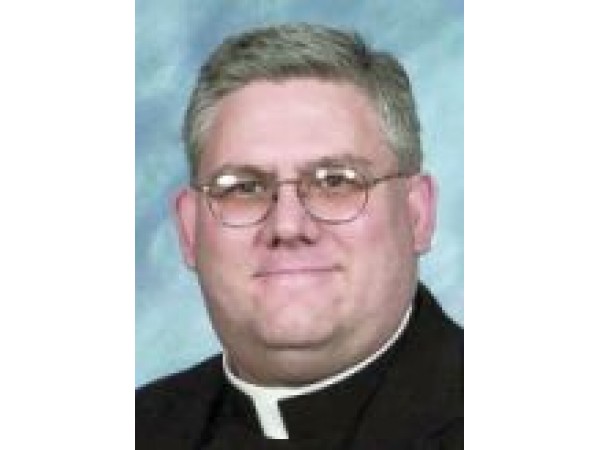 A decade-long pornography addiction, with some images possibly containing children, is the reason a Bucks County Catholic priest was placed on administrative leave last month, according to reports.

Father Louis J. Kolenkiewicz, 47, who most recently served at Saint Bede the Venerable Parish in Holland, was placed on administrative leave by the Archdiocese of Philadelphia in February. At the time, the archdiocese did not elaborate on the reason behind the leave, only saying that there was an investigation into allegations against Kolenkiewicz.

On Monday, the Archdiocese told parishioners at Saint Bede the reason behind Kolenkiewicz’s leave was a pornography addiction that he has had for at least a decade, according to a report by the Bucks County Courier Times. Specifically, the archdiocese said there are a dozen images found on Kolenkiewicz’s computer that may depict children, the report said.

This is the second time Kolenkiewicz has been placed on administrative leave and the third time he has been investigated by the Archdiocese for pornography.

In 2005, he downloaded about 8,000 pornographic images on a St. Bede’s computer, the Courier Times reported. Law enforcement officials reportedly reviewed the material and found that there were no images of children and Kolenkiewicz continued to serve as a priest.

Then, in September 2011, while serving at Our Lady of Peace in Milmont Park, he was suspended after pornography was again found on his computer, according to the Archdiocese. The more than 8,000 images that were found six years earlier were again reviewed by law enforcement as part of the investigation, the Courier Times said.

In 2014, he was reinstated and assigned to Saint Bede the Venerable. Recently, a pediatrician who reviewed the images investigated over the past decade said 12 of them may feature children, according to the Courier Times.

No charges have been filed against Kolenkiewicz, who is still on administrative leave.

While on administrative leave, Kolenkiewicz is not permitted to exercise public ministry, administer any of the sacraments, or present himself publicly as a member of the clergy, the Archdiocese said.

Today’s Announcement
Father Louis J. Kolenkiewicz has been placed on administrative leave by Archbishop Chaput in response to concerns regarding his suitability for ministry. These concerns do not involve allegations of illegal or inappropriate contact with a minor, but constitute alleged violations of The Standards of Ministerial Behavior and Boundaries.

Additionally, they do not relate to his most recent assignment at Saint Bede the Venerable Parish in Holland (Bucks County), where he is no longer residing, but instead to an issue that first arose in 2005 and that was fully reviewed by law enforcement then and again in 2011. Additional information concerning these same allegations has been received by the Archdiocese, requiring that the matter be reviewed again. In an abundance of caution, Father Kolenkiewicz has been placed on administrative leave.

While on administrative leave, he is not permitted to exercise public ministry, administer any of the Sacraments, or present himself publicly as a member of the clergy. Announcements regarding this matter were made at all weekend Masses at Father Kolenkiewicz’s most recent assignment and counselors were made available to parishioners.

Background Information
Following the 2011 Grand Jury Report, the Archdiocese conducted a broad review of clergy personnel files. As a result of that review, Father Kolenkiewicz was previously placed on administrative leave in September 2011 in response to possible concerns regarding his suitability for ministry at that time related to alleged violations of The Standards of Ministerial Behavior and Boundaries that dated to 2005. Announcements were made at the parish where he was then serving.

His file, like those of all priests placed on administrative leave as part of that review process, was shared with law enforcement and no criminal charges resulted. At that point, an internal investigation was conducted by the Archdiocesan Office of Investigations. The results of this process were submitted to the Archdiocesan Professional Responsibility Review Board (APRRB). The APRRB is comprised of twelve men and women, both Catholic and non-Catholic, with extensive professional backgrounds in the investigation and treatment of child sexual abuse. It functions as a confidential advisory committee to the Archbishop, which assesses allegations of sexual abuse as well as allegations of violations of The Standards of Ministerial Behavior and Boundaries. This body thoroughly reviewed the matter and provided a recommendation to the Archbishop, who made the decision to return Father Kolenkiewicz to active ministry in June 2014.

To Make a Report
If you would like to report a violation of The Standards of Ministerial Behavior and Boundaries, contact the Archdiocesan Office for Investigations at 1-888-930-9010.