Update: This article has been revised to include a response from the Vatican that was received after the article’s initial publication.

The Vatican’s former ambassador to the United States quashed an independent investigation in 2014 into sexual and possible criminal misconduct by Archbishop John C. Nienstedt of St. Paul and Minneapolis and ordered church officials to destroy a letter they wrote to him protesting the decision, according to a memo made public on Wednesday.

The detailed memo was written by an outraged priest, the Rev. Dan Griffith, who was working in the top ranks of the archdiocese and was the liaison to the lawyers conducting the inquiry. He wrote that the ambassador’s order to call off the investigation and destroy evidence amounted to “a good old fashioned cover-up to preserve power and avoid scandal.”

The document offers a grave indictment of the conduct of the Vatican’s ambassador, and will probably put pressure on Pope Francis to discipline him and Archbishop Nienstedt. The former ambassador, Archbishop Carlo Maria Viganò, served as Pope Francis’ representative to the church until he retired in April.

Archbishop Nienstedt stepped down as leader of the Twin Cities archdiocese last year amid lawsuits and criminal inquiries into his handling of priests accused of sexually abusing children. But he remains an archbishop in good standing, and recently celebrated Mass at a California retreat for prominent Catholics.

With sexual abuse victims clamoring for Francis to take action against negligent bishops, the pope recently announced that an array of Vatican departments should keep bishops accountable.

“All roads of concealment and cover-up lead to Rome,” said Jeff Anderson, a lawyer who represents 350 suspected victims of clergy sexual abuse in the Archdiocese of Minneapolis and St. Paul. He spoke at a news conference on Wednesday in which he made the memo public.

This memo, and many other documents, were made public Wednesday as the result of a legal agreement between the archdiocese and the Ramsey County attorney, John Choi.

Mr. Choi agreed to dismiss the criminal case against the archdiocese in exchange for its admission that it failed to protect three children from sexual abuse by a priest, Curtis Wehmeyer. The archdiocese and the county attorney had reached a civil settlement in December, but on Wednesday it was amended to say, “The Archdiocese failed to keep the safety and well-being of these three children ahead of protecting the interests of Curtis Wehmeyer and the Archdiocese.”

Archbishop Bernard A. Hebda, who replaced Archbishop Nienstedt last year, apologized in a letter on Wednesday, and said: “I know that words alone are not enough. We must do better.”

The archdiocese agreed to an additional year of oversight of its child protection efforts by the county attorney’s office and the court, until the year 2020. 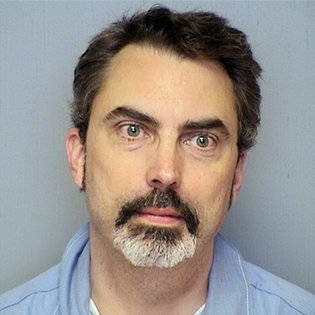 Curtis Wehmeyer, a former priest in the Archdiocese of St. Paul and Minneapolis, pleaded guilty in 2012 to molesting two children. Credit Minnesota Department of Corrections, via Associated Press

In 2012, Father Wehmeyer pleaded guilty to child molestation and possessing child pornography, and it later emerged that diocesan officials had known for years of concerns about his sexual conduct. But he was not only retained, he was promoted, in 2009, to pastor of a parish.

Father Griffith’s startlingly frank 11-page memo on the history of that investigation was addressed to two bishops in the diocese: Lee A. Piché and Andrew H. Cozzens. In a brief statement released Wednesday, Father Griffith said: “My memo speaks for itself. I stand by it.” He also said he had confidence in Archbishop Hebda.

The memo states that after the investigation uncovered embarrassing evidence about the archbishop, the pope’s representative in Washington ordered it cut short. It says that when bishops sent a letter objecting to that decision, the nuncio told them to destroy the letter. Father Griffith said in his memo that “destruction of evidence is a crime under federal law and state law.”

In February 2014, the archdiocese hired an outside law firm, Greene Espel, to investigate Archbishop Nienstedt. The existence of the investigation did not become public until July 2014, after it ended, and the memo was written a few days later.

The purpose of the inquiry, the memo said, was to investigate allegations of sex and sexual harassment by the archbishop, primarily with other priests or seminarians. But it was also to look into what the memo depicts as a close relationship with Father Wehmeyer, “which may have affected his judgment regarding Wehmeyer’s past misconduct.”

“Given the significant judgment errors in the Wehmeyer case, I believed this to be one of the most serious issues of the investigation, a conclusion also reached by our investigators,” the memo says.

The Greene Espel lawyers took affidavits from 11 credible witnesses who had known the archbishop, the memo said, containing evidence of “sexual misconduct; sexual harassment; reprisals in response to the rejection of unwelcome advances.” The lawyers “stated they had at least 24 more leads to pursue.”

The memo also said that many of the witnesses mentioned that Archbishop Nienstedt may have had sexual relations with a Swiss Guardsman in Rome.

Bishops Piché and Cozzens, with Archbishop Nienstedt, traveled to Washington in April 2014 to discuss the initial findings with the papal nuncio, Archbishop Viganò. The memo offers the first account of what took place in that meeting to be made public, albeit secondhand, because the memo’s author was not present. The nuncio “ordered you to have the lawyers quickly interview Archbishop Nienstedt and wrap up the investigation,” it says. “The nuncio said that the lawyers were not to pursue any further leads.”

A spokesman for the Vatican, the Rev. Federico Lombardi, said in an interview on Thursday, “This is a very complex issue and we need more information before we can make any comment.”

Father Lombardi said it was too soon to know whether the new Vatican protocols for judging bishops accused of negligence would apply to Archbishops Viganò or Nienstedt.