As Holy Week begins, the Catholic sexual abuse scandal that has exploded in the Diocese of Buffalo now reaches an active priest. 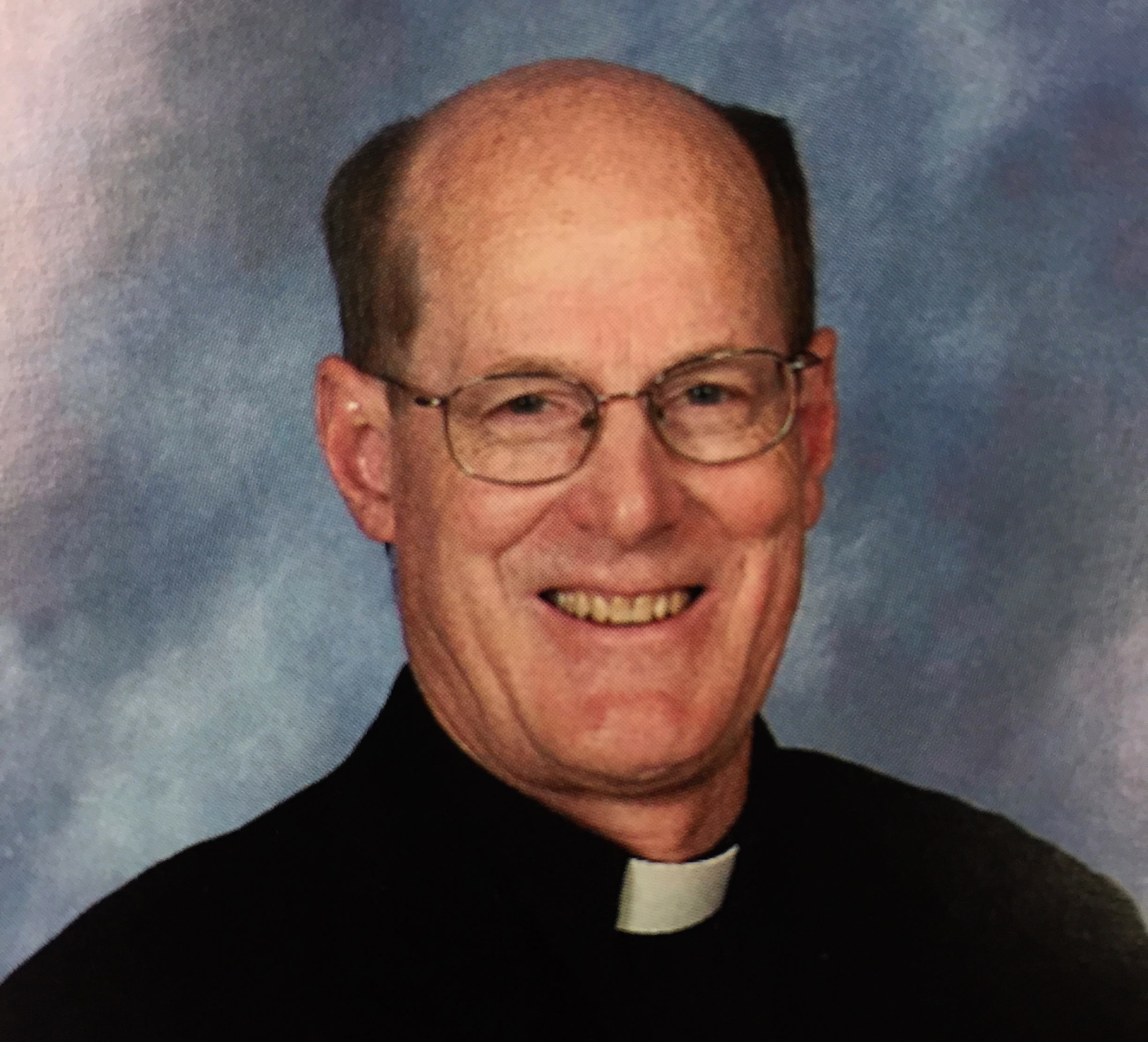 Riter’s removal comes as a 7 Eyewitness News investigation was about to break in which two former altar boys or their families came forward to allege inappropriate sexual contact by the priest when he served at a church in Buffalo’s Old First Ward in the 1990s.

Riter presided yesterday at the church’s Palm Sunday service, more than two weeks after an altar boy reached out to the diocese’s victim assistance hotline to report abuse he said occurred decades ago. It was the second time Father Riter was accused of abuse.

“I was confused. You’re scared to tell your parents. They have such control of the situation, especially being in a high place, being a priest.”

Matt, the former altar boy who spoke on the condition of anonymity because he remains ashamed of the alleged abuse, was just six years old when he became an altar boy at Our Lady of Perpetual Help on O’Connell Street in the Old First Ward.

The boy’s friends called him “Father Matt” because of his well-known desire to become a Catholic priest. But in the late 1990s, when he was between the ages of 10 and 13, Matt said Father Riter would invite him to the rectory to play board games or Nintendo after they counted the collection for Sunday Mass.

“And then the touching and all that would just start,” Matt recalled. “And then, ‘Oh, is it too hot in here?’ The heat was always on high, and then you feel comfortable that your clothes are off.”

Father Riter would touch both his and the boy’s genitals, Matt said. He says he was abused more than 20 times over the course of three years before he was strong enough to say no.

In what he now believes was an attempt by Father Riter to keep him as a victim, Matt said he was named “Altar Boy of the Year” three times during the period of abuse and was treated to a special awards dinner at St. Joseph Cathedral in downtown Buffalo attended by former Bishop Henry Mansell.

“You’re young and you feel in a safe environment,” Matt said. “I was confused. You’re scared to tell your parents. They have such control of the situation, especially being in a high place, being a priest.”

In 2007, Matt reported the abuse to his aunt. She took dated notes of the interaction, which were viewed by the 7 Eyewitness News I-Team:

“I hugged him — he cried and cried”

“He is very confused”… “Doesn’t want to disgrace family.”

“He’s scared and embarrassed and ashamed all at the same time.”

In an interview, she said she took the notes when her nephew confided in her over chicken wings at the Swannie House pub on October 10, 2007. She verified the notes when asked specific questions by the I-Team.

“I said, ‘Hey Matt, let me start writing this down,’” she said, adding that she wrote down her nephew’s story on a yellow legal pad, which she dug out of a dresser drawer last week. “He was shaking, he was crying. I remember that, and he’s a big kid, he’s a tall kid. It broke my heart.”

Ordained in 1971 – Diocese of Buffalo

2002 Not Listed in the Official Catholic Directory

Nick Caetano was a 12-year-old altar boy at Our Lady of Perpetual Help in 1997 when he came home distraught after Mass with Father Riter, the boy’s mother, Sharon Caetano, told the I-Team.

“He said, ‘I’m never going back there,’” Caetano recalled her son saying.

Her son, now deceased, said, “‘Ma…He went underneath my robe and tried to play with me on the altar…during Mass,’” his mother said.

Caetano wasn’t shy about reporting the abuse, which she said was hidden from other parishioners because the seats for the priest and altar servers were placed off to the side of the church.

“I told the whole First Ward,” she said. “I was not afraid. My son didn’t do anything wrong. The priest did.”

MaryLou Kotrys is a friend of Caetano’s who confirmed her story. Kotrys said she remembers Caetano telling her 20 years ago about the priest’s sexual advances on her son.

“One day she was really upset and she sat here and told me the whole story,” Kotrys said. “She told me that her son got molested [by] the priest. She’s very depressed over it. It’s her only son.”

Caetano said she also reported the abuse to the diocese by calling her cousin’s wife, a diocesan employee.

‘I called the diocese. I said, ‘Something’s got to be done,’” she said. “My cousin…says, ‘Sharon, we’ll look into it.’ And nothing happened. And all of a sudden the priest went away. He was no longer at Our Lady of Perpetual Help.”

The cousin’s wife, who is listed on the diocese’s website as a case/office manager for the Diocesan Tribunal, said in a brief phone interview that she does not recall any such conversation.

7 Eyewitness News is not naming the diocesan employee at her request because there is no evidence she was negligent. A diocesan lawyer said any complaints about sexual abuse would have been dealt with immediately.

Father Riter’s last full year at Our Lady of Perpetual Help was 2001, according to the Official Catholic Directory. An article in the Western New York Catholic states he went on a six-month sabbatical before Mansell appointed him as pastor of St. Mary’s in Batavia in 2002. 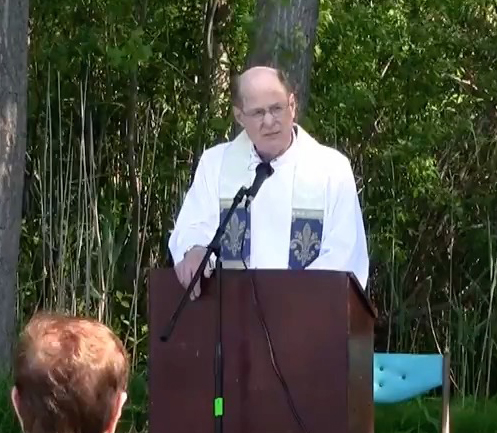 He has served under two more bishops since then — having been transferred to Dunkirk by former Bishop Edward Kmiec in 2009 and serving as pastor there until this week when he was put on administrative leave by Bishop Richard Malone.

“They just pushed him around,” Caetano said. “What about the diocese? Is that right of them to just push this priest to one church to another?”

In Batavia, Father Riter replaced the Rev. Donald Becker, who was given a “medical leave of absence.” Becker was the subject of a 7 Eyewitness News I-Team investigation earlier this month, when Malone acknowledged Becker was removed from ministry after allegations of sexual abuse.

Nick Caetano died nine years ago after being assaulted by a gang in the Seneca-Babcock neighborhood, his mother said. She said the actions of abusive priests have had horrible effects on young children.

The trauma that they have done to these children…It’s wrong.”

On March 11, Father Riter penned a blog post on the St. Elizabeth Ann Seton website which addressed the sexual abuse scandal that has unfolded in recent weeks in the diocese.

‘“I feel shame that fellow priests abused their position of trust and caused untold suffering to their victims,” Father Riter wrote to parishioners. “No matter what, the safety of children must be our first consideration!”

7 Eyewitness News went to Dunkirk on Monday in an attempt to interview Father Riter, but the parish secretary said he was attending a meeting at the diocese downtown. He did not return a follow-up call seeking comment. 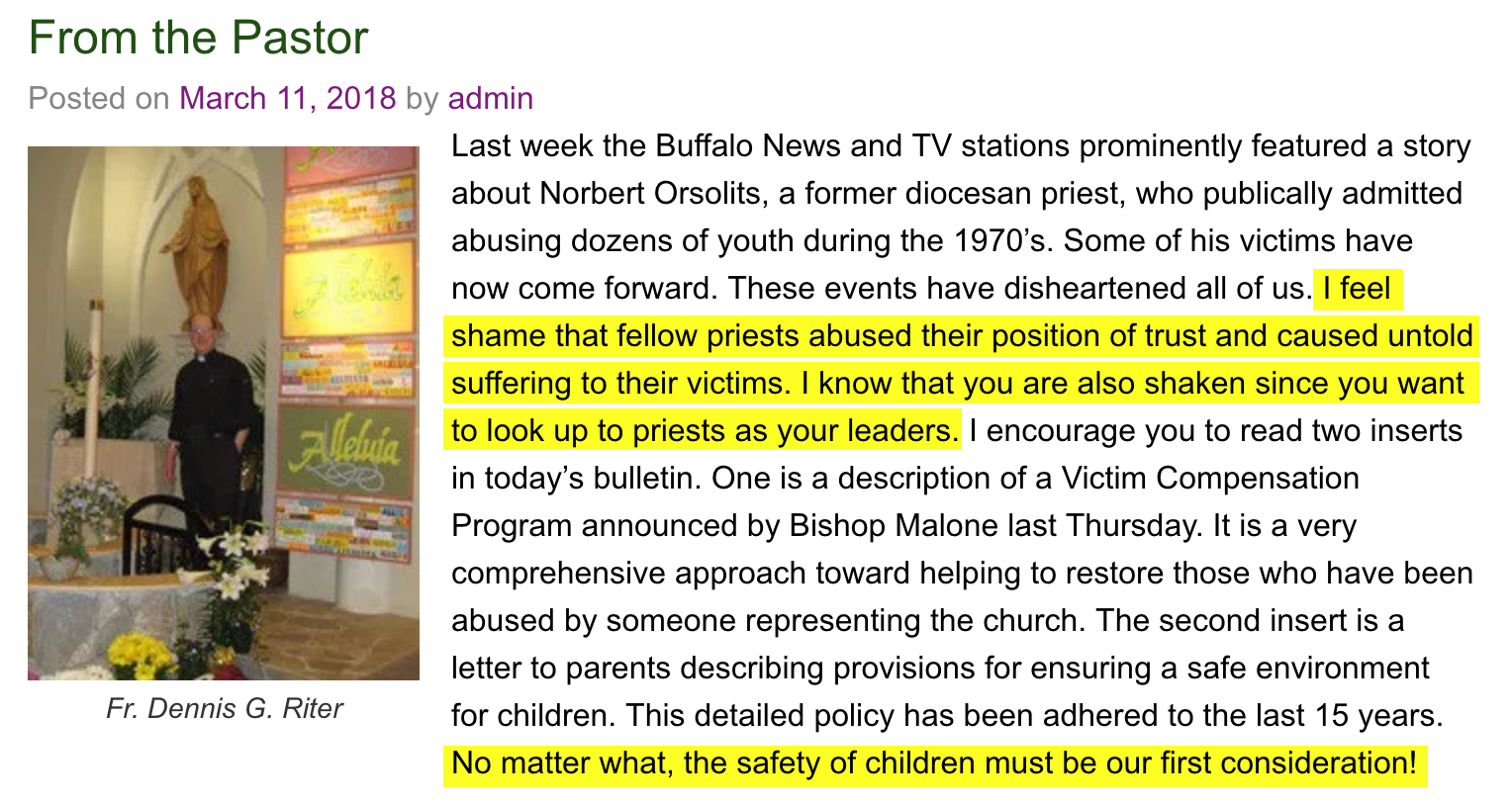 Blog post from Fr. Riter following the previous coverage of accused priests. The highlighted sections are our emphasis.

Matt, the first altar boy, said he was too ashamed to report the abuse when it happened in the 1990s. But after Bishop Malone last month announced a new settlement program for victims of sexual abuse, he hired a lawyer and filed a formal complaint.

He said he was not able to speak by phone with the diocese’s victims assistance coordinator until March 22 — a span of two weeks.

He was told that his original email naming Father Riter as a potential abuser would not qualify as a complaint, he says, and he was instructed to call the diocesan hotline — an automated voicemail inbox — and leave a message.

Diocesan officials said reaching Matt was originally difficult because he did not leave a phone number in the email.

Matt was much more satisfied with the response after speaking this weekend with Lawlor Quinlan, an attorney for the diocese, who informed him the case would be turned over to District Attorney John Flynn.

Quinlan, in an interview with the I-Team, said a 2006 law that changed the statute of limitations for the worst felony sex crimes could make Matt’s case prosecutable. He said diocesan protocol requires that a priest be put on administrative leave while an internal investigation takes place.

Quinlan said in this case the diocese will step back and put any such investigation on hold until the DA decides whether to prosecute.

A spokeswoman for Flynn said the DA received a letter from the Diocese and is “looking into the matter.” 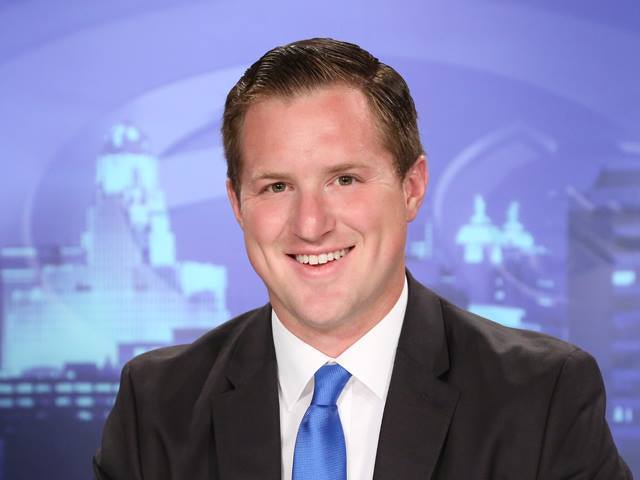 Charlie Specht is the lead Investigative Reporter for the 7 Eyewitness News I-Team.

Have a tip for the I-Team? Contact us using the form here