A former priest in the Catholic Diocese of Erie is facing trial on child sexual abuse charges.

On May 8th, the Attorney General’s Office charged the pastor at St. Anthony of Padua Church in Cambridge Springs with child molestation, and now he faces all of those original charges in trial.

Father David Poulson was escorted into a Jefferson County District Court Office where he waived his right to a preliminary hearing in a child abuse case.

Investigators say Poulson molested two boys between 2002 and 2010, but Jim Vansickle says he knows there are more victims out there because, he says, he was one of them.

“I met Father Poulson in August of 1979,” he tells us. “He came to Bradford Central Christian as an English teacher. I think he just was ordained a few months before that.”

Attorneys on both sides tell us they’re not able to discuss the details of the case, but they do say they’re prepared to move forward to trial.

Daniel Dye, Senior Deputy Attorney General, says, “It’s possible this could be resolved but I think, as the Attorney General laid out in Erie when charges were brought, we have a strong case.”

Defense Attorney Casey White says, “We think it’s better as a defense strategy to listen to testimony and present evidence on David Poulson’s behalf once we get to the Court of Common Pleas.”

Poulson faces several charges including felony counts of indecent assault, endangering the welfare of children, and the corruption of minors.

Vansickle tells us he hasn’t seen Poulson in more than 30 years, but he made the trip to Jefferson County to send an important message.  “As a victim that came out voluntarily, my goal is to let people know it’s okay. You can do this.”

The Attorney General’s Office plans to go to trial in the fall.  No one from the Diocese of Erie came to the hearing today, but when Bishop Lawrence Persico announced the list of names, he described crimes like this one as Earth-shattering. 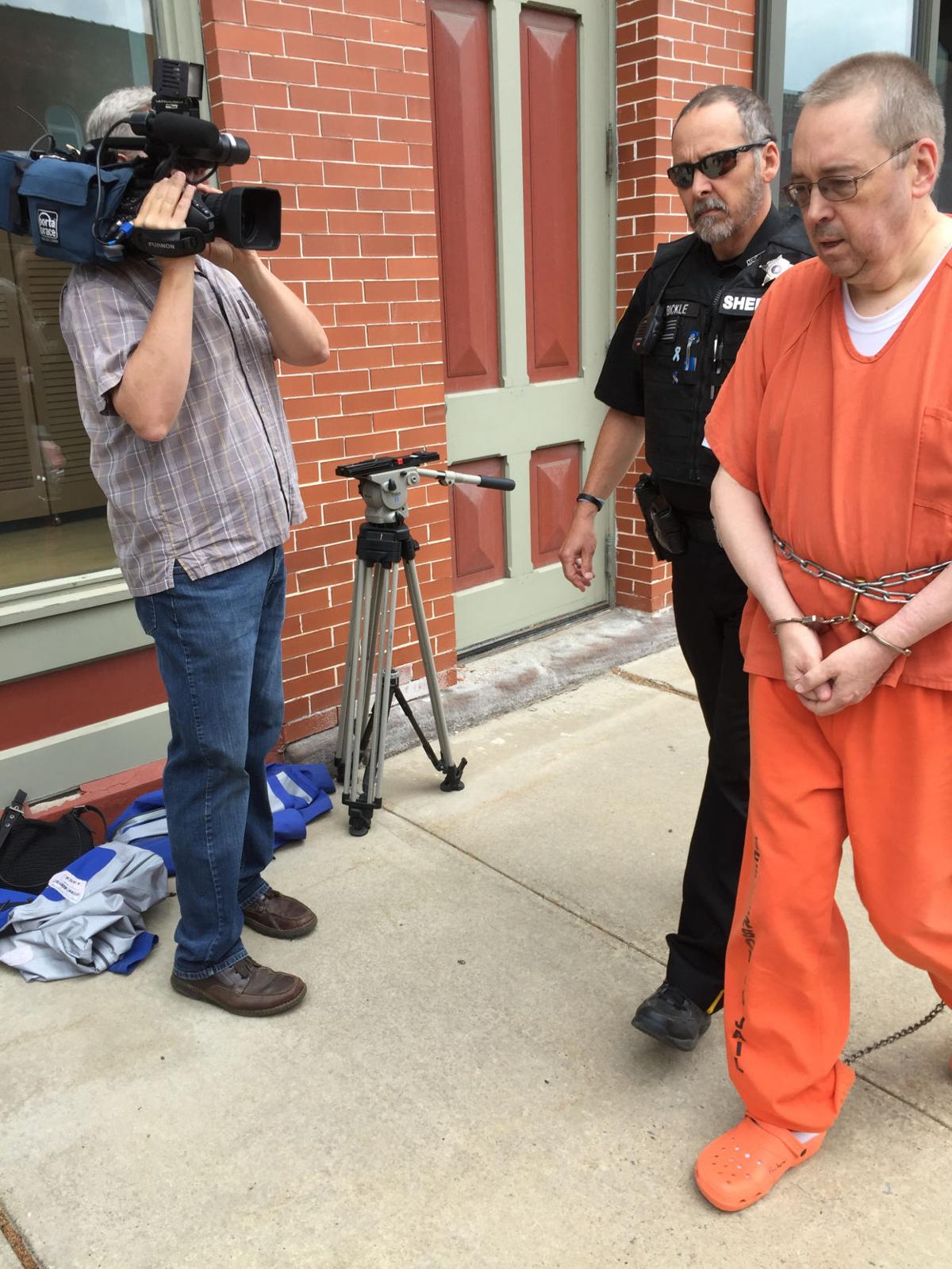 BROOKVILLE — A former Catholic priest who served the church at Cambridge Springs until mid-February will stand trial for allegedly sexually abusing two young boys over an eight-year period.

The hearing was held in Brookville as some of the alleged incidents of abuse took place both in Crawford County and a rural cabin Poulson co-owns in Jefferson County. The incidents are being combined and will go through courts in Jefferson County.Poulson is charged by the Pennsylvania Office of Attorney General with a total of eight counts — four counts of indecent assault, two counts of endangering the welfare of children and two counts of corruption of minors.

Poulson, who had served as parish priest at St. Anthony of Padua Church in Cambridge Springs, is accused of abusing two boys who were ages 8 and 15 at the time the alleged abuse started. Poulson resigned as pastor of St. Anthony on Feb. 13 after the Catholic Diocese of Erie announced it had received credible allegations against Poulson regarding the sexual abuse of children.

Charges were filed by the Attorney General’s Office on May 7 after a recommendation from a statewide investigating grand jury.

The grand jury found Poulson sexually assaulted the boys while in active ministry as a priest with the Catholic Diocese of Erie. The alleged assaults took place between 2002 and 2010 in Crawford and Jefferson counties.

The grand jury also found Poulson assaulted the first victim and a second victim at a remote hunting cabin that Poulson owned with a friend in a rural portion of Jefferson County.

Pick up a copy of Friday’s print edition of The Meadville Tribune or check later with meadvilletribune.com for more details.

Keith Gushard can be reached at 724-6370 or by email at kgushard@meadvilletribune.com.

A former priest in the Erie Catholic Diocese is headed to trial, charged with sexually abusing two boys.

A former priest in the Erie Catholic Diocese is headed to trial on charges he sexually abused two boys between 2002 and 2010.

In Brookville today, David Poulson who was an active priest until February of this year, waived his right to a preliminary hearing.

It means that unless a plea deal is reached, he will face trial on eight criminal counts.

The trial would probably be scheduled this fall in Jefferson County.

After a closed door meeting in district court, Poulson’s bond was lowed from $300,000 to 10% of that amount.

Attorneys did not give any real explanation for the decision to waive the hearing.

Defense Attorney Casey White said,”We are not going to comment on the merits of the case at this time. We think it is better as a defense strategy to elicit testimony and present evidence on David Poulson’s behalf once we get to the Court of Common Pleas.”

Senior Deputy Attorney General Daniel Dye said,”Not necessarily surprised by the waiver. They have a right to waive  the preliminary hearing to send the charges in or challenge them. It is possible it could be resolved, but we have a strong case. If necessary we are ready to take this to trial.”

Poulson was arrested in early March as part of a grand jury investigation into clergy sex abuse in Erie and five other dioceses around the state.