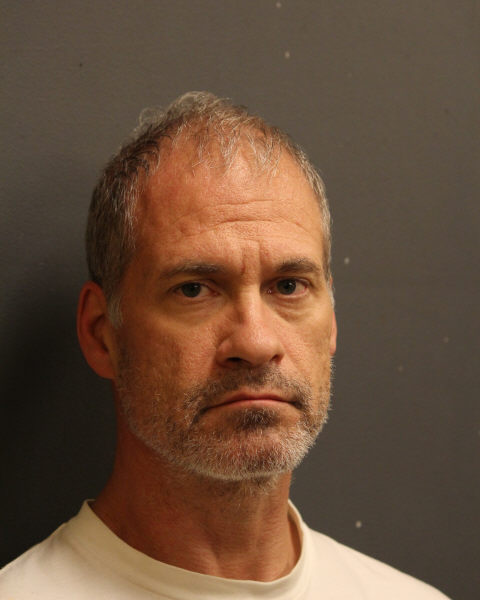 Arvada, Colorado, resident Kenneth Lewis was charged with sexual assault against a minor stemming from an incident that took place in an Evanston hotel in July 2001, according to an Evanston Police Department news release. Lewis, who was a Catholic priest at the time of the incident, was with the boy’s family on a trip to Evanston. According to the Chicago Sun-Times, the alleged assault occurred at 1501 Sherman Ave., the current location of the Holiday Inn Chicago North.

Lewis was not charged as part of the initial investigation because the state declined to charge him, Evanston police Cmdr. Ryan Glew told The Daily.

Stephen Komie, Lewis’s private attorney, told the Sun-Times that Lewis, who has not yet been arraigned or indicted, is expecting to enter a not guilty plea.

According to the EPD news release, the Cook County State’s Attorney’s Office and the Evanston Police Juvenile Bureau reopened the investigation in 2017, which led to an arrest warrant for Lewis for predatory sexual assault of a child. The warrant was issued on Dec. 27, 2017.

Lewis was in Ecuador when the warrant was issued, but was arrested by U.S. Customs and Border Protection agents upon returning to the U.S. on May 9 at Hartsfield-Jackson Atlanta International Airport. He was then transported back to Illinois by the Cook County Sheriff’s Police Fugitive Unit, and the EPD took custody of Lewis on Friday.

According to the Sun-Times, U.S. officials were flagged when Lewis purchased a plane ticket from Ecuador to Atlanta in March. It is not clear why Lewis was living in Ecuador for about a year and a half.

At Lewis’ initial court appearance Saturday, a Cook County prosecutor attempted to read the details of two additional charges of criminal sexual abuse of the same boy, but the attempt was denied because the charges weren’t filed in time for the hearing, the Sun-Times reported.

According to the Sun-Times, Lewis has faced an “extensive history” of sexual abuse allegations. Bishop Edward Slattery of the Roman Catholic Diocese of Tulsa sent Lewis to treatment in 1994 after Slattery was made aware of as many as six people who had made accusations against the priest, stemming from the early 1990s. Those allegations were investigated at the time, but authorities could not file charges because the statute of limitations had expired.

Lewis was allowed to return to active ministry in 1995 after finishing treatment with a special order not to spend time alone with children, the Sun-Times reported. He served as an associate pastor at several Oklahoma churches and was later appointed pastor of St. John the Evangelist Catholic Church in McAlester, Oklahoma.

In 2002, Lewis resigned from his position at St. John after claims surfaced that he improperly touched young boys in 1993 and 1994. He was then barred from further work as an ordained minister.

Komie told the Sun-Times that Lewis denies the “historical” allegations as well. Lewis will appear in court later this week.

A 56-year-old former priest from Tulsa, Oklahoma, Kenneth Lewis, has been charged with sexually assaulting a 13-year-old boy in an Evanston hotel room in July 2001.

The arrest was first reported this morning by the Chicago Sun-Times. The incident took place at what’s now the Holiday Inn at 1501 Sherman Ave.

Update 3:15 p.m.: Evanston police this afternoon said the victim, a Tulsa resident, was on a visit to Evanston with his family and Lewis when the incident occurred.

The boy’s parents reported the incident to police in Tulsa nearly three years after the alleged assault. It was not immediately clear what led to the long delay in filing charges, but Evanston police say Lewis could not be charged as part of the initial investigation.

Last year, Cmdr. Ryan Glew says, the Evanston Police Juvenile Bureau and the Cook County State’s Attorney’s Office reopened the investigation, which led to the issuance a warrant for his arrest on Dec. 27.

Lewis reportedly was living in Ecuador for most of the past year. He was arrested when he flew back from Ecuador to Atlanta, Georgia, on May 9.

Lewis attended the St. Mary of the Lake Seminary in suburban Mundelein between 1987 and 1991 but apparently was never assigned to work as a priest in the Chicago area. According to the Sun-Times, he has faced an extensive history of sexual abuse allegations in Oklahoma.

An attorney for Lewis says he denies the charges and that he intends to enter a not guilty plea.

He’s next scheduled to appear in cout at the Cook Court House at 26th and California in Chicago on Tuesday..