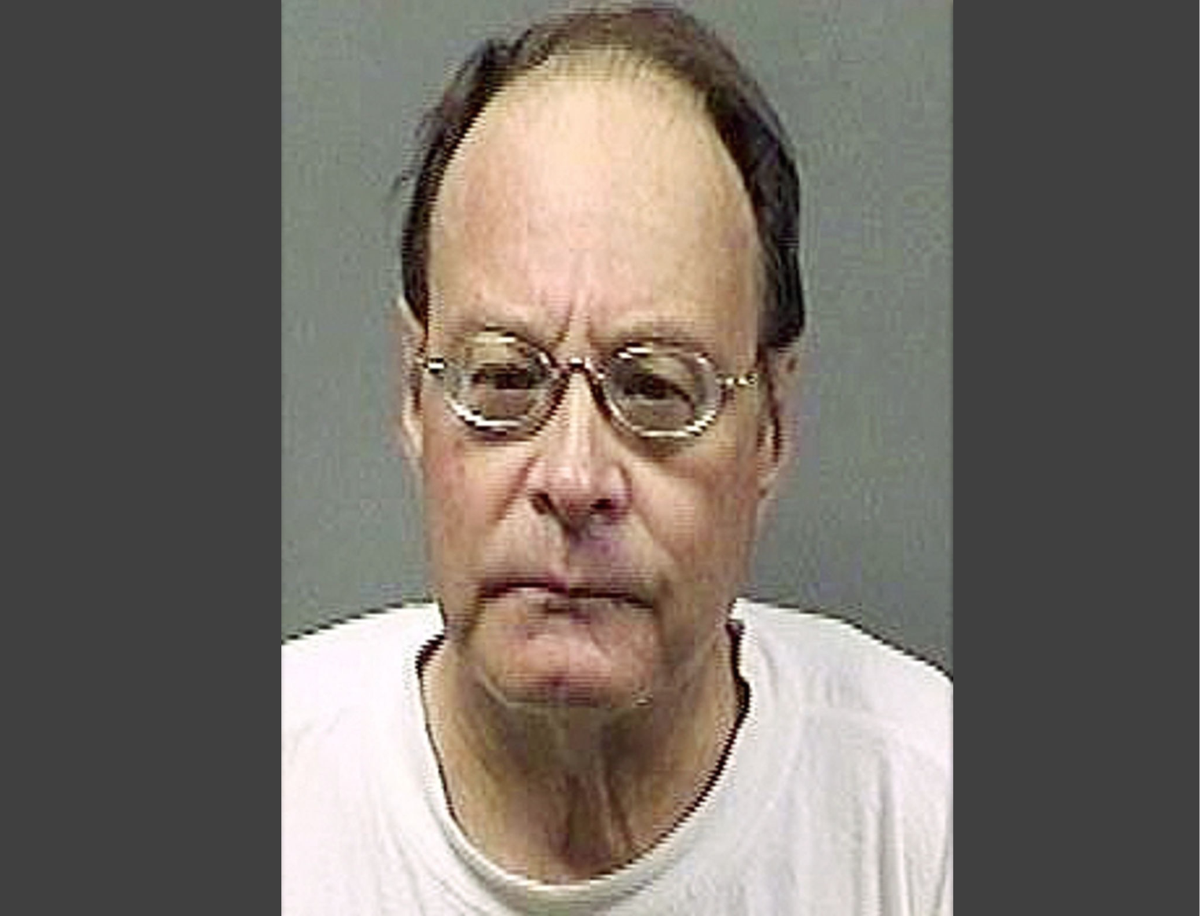 In addition, it was stated during the bond hearing that the 39-year-old victim, identified in court only by his initials, has an IQ of 47 and has been a resident at Shapiro since 2010.

It also was stated the victim told investigators this was not the first time Jacklin had sexual encounters with him. Authorities, however, do not have evidence to that statement as yet.

Public defender Drew Parsons, who was representing Jacklin on Thursday, sought to have the bond lowered to $100,000, meaning it would have taken $10,000 to have Jacklin released from the Kankakee County jail.

Parsons contended Jacklin was not a flight risk nor did he have means to post $100,000 bail.

Jacklin did not say how much money he had, but indicated he has little. He said he would need a public defender. Because he was not a full-time priest, he also has worked several years at Shapiro.

“These are serious, but unproven allegations,” Parsons said. “That being said, I don’t think $1 million is appropriate.”

Father William Dewan, of the Joliet Diocese, offered to let Jacklin stay at his Joliet residence at St. Anthony’s Catholic Church. Dewan oversees diocesan priests. He said he would make sure Jacklin attended all court dates.

The judge declined the offer.

The three felony charges presented at the bond hearing carry with them a prison term of 12 to 50 years. The charges: Aggravated sexual assault, 6-30 years; criminal sexual assault, 4-15 years; and sexual misconduct, 2-5 years.

Jacklin, 65, a priest at Sacred Heart Catholic Church in Goodrich and formerly a longtime assistant at St. Rose of Lima Catholic Church in Kankakee, is due back in the courtroom of Judge Kathy Bradshaw Elliot for arraignment at 9:30 a.m. Dec. 4.

Rowe presented the three charges against the Joliet Diocese priest.

“These allegations are disgusting, simply disgusting,” Rowe said after the hearing. He also asked that anyone with information about this case or any other incident similar to this with Jacklin to contact the Illinois State Police.

In presenting the charges, Rowe said a Shapiro worker discovered Jacklin on his knees and performing a sex act on the resident.

ISP is handling the case because Shapiro is a state-operated facility.

In December 1986, Jacklin was seriously injured when he was hit by a vehicle as he crossed a road in Naperville. At the time, he was an associate pastor at St. Margaret Mary Catholic Church. He was in a coma for two weeks. He returned to the church in the summer 1987.

KANKAKEE – A priest was arrested last week and accused of sexually assaulting a disabled resident at the Shapiro Developmental Center in Kankakee.

Bond was set at $1 million on Thursday for the Rev. Richard Jacklin, 65, a priest in the Diocese of Joliet since he was ordained in 1984.

Jacklin had once been a priest at St. Margaret Mary Church in Naperville, where he was seriously injured in 1986 when hit by a car as he was crossing a street and left unconscious for two weeks before undergoing months of physical therapy.

He now faces charges of criminal sexual assault by force and sexual misconduct of a person with a disability.

Kankakee County State’s Attorney Jim Rowe in court Thursday told a judge that a nurse walked in on Jacklin as he was performing a sex act on a 39-year-old man. The alleged victim has been a patient at Shapiro since 2010. He is paralyzed and has an intellectual disability.

The diocese will not be posting bond for Jacklin and is not likely to pay for his legal defense, diocese spokesman Ed Flavin said Friday.

Jacklin has requested a public defender, according to Kankakee County court records.

Jacklin has been a resident priest at two Kankakee County parishes since 1996, according to the diocese. He has been at Sacred Heart Church in Goodrich since 2005. He had previously been at St. Rose Church in Kankakee since 1996.

“We are saddened and upset to hear the charges brought against Father Richard Jacklin,” Flavin said in a written statement. “Father Jacklin has been placed on immediate administrative leave by the Diocese of Joliet in accord with our policies.”

Flavin said the diocese will cooperate with law enforcement officials.

He said the diocese has no previous record of complaints made about Jacklin concerning sexual conduct. Flavin said Jacklin would have likely had to go through some kind of background check before serving as a minister at Shapiro.

“He was working for that entity for a number of years,” Flavin said.

Flavin said that he did not have information on what parishes Jacklin had worked at before going to St. Rose in 1996.

But a church history on the St. Margaret Mary parish website said Jacklin became parochial vicar there in June 1984. He was ordained on June 2 of that year.

The church history describes a Dec. 10, 1986 “tragedy” in which Jacklin was struck by a car while walking to the rectory. He was unconscious for two weeks and underwent physical therapy for nine months, according to the history.

“Fr. Richard eventually returned to St. Margaret Mary Parish, but unfortunately he found the demands of the parish too taxing following his accident,” the history states. “He requested a transfer and left for Morris, Illinois in June 1988.”

Jacklin is scheduled to be arraigned on Dec. 4.

Associated Press contributed to this story.