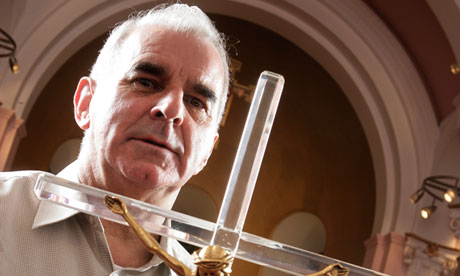 Cardinal Keith O’Brien had a long-term physical relationship with one of the priests whose complaints against him led to his sacking as Scotland’s most senior Roman Catholic, church sources claim.

Officials in the Scottish Catholic church claim that the priest, who is alleged to be the first man to complain to the Vatican about O’Brien, left the priesthood in the mid-2000s but has since returned to the church.

Immediately after the priest, who had known O’Brien for decades, submitted his accusations to the Vatican in late 2012, the cardinal was summoned to Rome and in effect sacked. Then Archbishop of St Andrews and Edinburgh and seen as the de facto leader of Scotland’s 750,000 Catholics, O’Brien was told privately by Vatican officials that he would be expected to retire on his 75th birthday, which fell on 17 March.

However, O’Brien was forced to resign suddenly and publicly in late February by the then pope, Benedict XVI, two days after the Observer disclosed that four men, including three serving priests, had made formal, written complaints about inappropriate sexual conduct by O’Brien to the papal nuncio, the Pope’s representative in the UK.

The cardinal appeared to admit that he had been sexually active throughout his time in the church, stating in early March that “there have been times that my sexual conduct has fallen below the standards expected of me as a priest, archbishop and cardinal”.

The priest said to have had a long-term affair with O’Brien has not yet spoken publicly or confirmed this version of events. But in what appears to be a damage limitation exercise by Catholic officials, church sources said that he is now living in a church post on the continent, thanks to O’Brien’s help and patronage.

The men had known each other for more than 30 years, and been in a long-standing relationship. He had continued to be in close contact with the cardinal, they claimed, phoning and visiting his former official residence in Edinburgh, before turning against him last year.

The Herald quoted one church source saying: “These guys, we now know, were part of an inner circle. In the 30 years since these allegations took place there’s been ample time to complain. The cardinal has had a huge profile for the past decade. But the door wasn’t just shut on them, it was bolted in the past 18 months.

“I believe they wanted to silence O’Brien – as he’s about to do another conclave, and make a huge deal of it. As he’s retiring, a decision’s been taken to go public and take him down.”

Cardinal Keith O’Brien had a long term physical relationship with one of the men whose accusations brought about his fall from grace, it is reported.

After a series of allegations and several complaints to the Vatican about his sexual behaviour towards priests in the 1980s, the head of the Roman Catholic Church in Scotland admitted he was guilty of misconduct and stepped down.

It is believed that the allegations against him may have been prompted by anger at his hypocrisy as he condemned same-sex marriages, even describing homosexuality as a “moral degradation”.

One alleged victim, who quit the priesthood in the middle of the last decade but has since re-joined a parish on the continent with the help of the cardinal, is known to have been in regular telephone contact with him until recently.

He was a frequent visitor to the cardinal’s official residence in Edinburgh, the Herald in Scotland reported.

At least two of his accusers, all of whom had known him for decades, are known to be in same-sex relationships and had believed to have been angered by his double standards after he refused to tone down his statements.

The first complainant, who has since taken leave of absence from the church and is understood to be in a relationship with an Anglican priest, alleged he was assaulted the day O’Brien was made a cardinal.

A senior church figure has said that there are “many questions” being asked about their relationship.

The man’s September 2012 complaint led to four others coming forward and raising issues with the Vatican.

One senior church figure said: “These guys, we now know, were part of an inner circle. In the 30 years since these allegations took place there’s been ample time to complain.

“The Cardinal has had a huge profile for the past decade. But the door wasn’t just shut on them, it was bolted in the past 18 months.”

They made the accusations to “silence” the cardinal and “take him down” just as he was about to retire, it was said.

Another church insider that it was “revenge” timed to “destroy O’Brien” while others speculated that the reaction to his anti-gay rhetoric was at the heart of the matter.

“One particular priest was a very close friend of the Cardinal. It seemed to some to be a very unusual friendship,” a clerical source said.

The man who made a complaint against Scotland’s Catholic Church leader was also Cardinal Keith O’Brien’s gay lover.

The Scottish Herald newspaper has revealed that one of the priests who outed the anti-gay cleric was also his long term boyfriend.

The paper says Antrim born Cardinal O’Brien had a ‘long-standing physical relationship with one of the men whose complaints about his behaviour sparked his downfall as leader of the Catholic Church in Scotland’.

The report adds that the Cardinal was in a ‘long-standing physical relationship with one of the men now accusing him’.

It adds that the complainant left the priesthood in the middle of the last decade but rejoined. He is now living on the continent in a post the Cardinal helped him secure.

The paper says the priest has been in regular telephone contact with Cardinal O’Brien and was a frequent visitor to his official residence in Edinburgh.

The outspoken Cardinal, a campaigner against gay marriage, was forced to confess to the relationship after several complaints were made to the Vatican about his sexual behaviour towards priests in the 1980s.

He referred to his relationship in his resignation speech in terms of ‘sexual conduct as a priest, a bishop and a cardinal’.

The report also claims that his downfall as Britain’s leading Catholic cleric was ‘spurred by gay priests angry at his rhetoric and hypocrisy about same-sex marriages’.

The report says: “All those who complained about Cardinal O’Brien and alleged they had been abused by him were known to him for decades.

“At least two are known to have been in same-sex relationships and had become exasperated at double standards in his statements about gay marriage.

“In the six months building up to him being forced to stand down last month, the cardinal had been under some pressure from priests to tone down the rhetoric.

“However, his statements, such as describing homosexuality as a ‘moral degradation’, were a tipping point for those previously close to him.”

One of the complainants, now a Cardinal himself, was due to speak to the Herald but later declined.

A spokesman for the Catholic Church said: “The priest concerned is a priest of the diocese of Aberdeen currently on a leave of absence from parish ministry.”

One senior church figure told the paper that while some fundamentalist Catholic groups had previously linked the priest with Cardinal O’Brien ‘there were many questions that others were asking about the relationship’.

O’Brien ‘groped’ priest the day he became a cardinal

CARDINAL Keith O’Brien is being investigated for sexual misconduct in the Vatican on the very night he was made a cardinal, The Herald can reveal.

RISE AND FALL: Keith O’Brien in Rome on the day he was made a cardinal. Hours later he is alleged to have targeted a young priest. Picture: Gordon Terris

The cardinal is alleged to have assaulted a priest at the Scots College in Rome in October 2003, hours after being awarded the red mitre by Pope John Paul II.

The priest, who is Scottish but now based in London, made a formal complaint to the Vatican’s Congregation of Bishops last September, after which Cardinal O’Brien was summoned immediately to Rome.

The complaint, which was dealt with by Cardinal Marc Ouellet of Quebec, who was one of the early front-runners this week to become Pope, was the first which eventually led to the cleric’s downfall and is not from one of the four complainers whose allegations were made public last month.

It is understood the complaint involved an attempt to grope the priest, who was known to Cardinal O’Brien. Alcohol had been consumed at an event in the Scots College attended by many priests who had travelled to Rome especially for his elevation. Scots based at the Vatican also attended.

The complaint has been erroneously reported in the media as having taken place in 2001.

The Herald understands the complaint has been taken seriously. Within a few weeks of the claims being made, the cardinal had cancelled all public engagements and stood down as president of the bishops’ conference, the decision-making body for the Catholic Church in Scotland. It also coincided with a bout of ill health which led to him being hospitalised for nine days in October 2012.

Senior sources within the Catholic Church have said allegations of sexual misconduct within the Vatican, more so than any other claims he is facing, could lead to the former Archbishop of St Andrews and Edinburgh becoming only the fourth cardinal in 200 years to be stripped of the position. One source said: “If Pope Francis wasn’t familiar with the problems faced by the Church in Scotland, he certainly is now.”

The accusation comes just a day after another former trainee priest alleged he was abused by Cardinal O’Brien while at a seminary as a teenager.

The man, who is now in his 50s and who had known the churchman since childhood, has claimed the cardinal kissed and groped him at the unnamed seminary in the early 1980s while the pair were alone.

Now, the ex-seminarian has told how Cardinal O’Brien warned him about the repercussions for his career of revealing the incident and how over the years he has fought back the urge to confront the cardinal over the incident.

He has also told of his difficulties in the time since the revelations were made and the pain of the past 30 years when even close relatives, who remain unaware of the allegations, celebrated Cardinal O’Brien’s rise through the Church ranks.

Cardinal O’Brien has retreated into privacy following claims nearly three weeks ago he “behaved inappropriately” towards three priests and a now former priest in the 1980s.

Following the revelations, he was relieved of his post as Archbishop of St Andrews and Edinburgh and subsequently admitted his sexual conduct had “fallen below the standards expected of me as a priest, archbishop and cardinal”.

It is understood the reference to his time as cardinal refers, in part, to the allegations from Rome to which Cardinal O’Brien is believed to have confessed in the aftermath of the revelations.

He became cardinal on October 21, 2003, the same day as an outside contender for the papacy, Australia’s George Pell.

A spokesman for the Catholic Church in Scotland said: “A number of complaints have been passed directly to the Vatican.

“The detail and nature of them is not known to the Bishops’ Conference of Scotland.”

No-one from the Papal Nuncio’s office in London or the Vatican press office was available for comment.