A Catholic bishop has said the case of a paedophile priest has “poisoned relationships” within the clergy and helped undermine the work of the Church.

The Bishop of Galloway used a pastoral letter to express his concerns at the crimes of Father Paul Moore.

Fr Moore, 82, was last week jailed for nine years for sexually abusing three children and a student priest over a 20-year period.

Bishop William Nolan said the trial had been “embarrassing” for Catholics and called into question “the trust they have in their priests”.

Five years ago a BBC investigation revealed Fr Moore had confessed the abuse to one of Bishop Nolan’s predecessors, Bishop Maurice Taylor, who sent the priest to a treatment centre in Toronto and then to Fort Augustus Abbey in the Highlands.

The diocese later reported the abuse to the police.

Bishop Nolan said: “These events may have happened decades ago, but the victims who suffered then are still suffering now since such abuse has long-term consequences.

“It is difficult to know how to help these victims and indeed all who have survived abuse, but we must make it our priority to do so.”

He added: “The diocese has also suffered from this affair. Since the allegations were made over 20 years ago, this affair has poisoned relationships among the clergy. There is still much healing required.”

Bishop Nolan said it could be argued the “greatest obstacle to preaching the Gospel” in Scotland was the Catholic Church itself.

“You give your life for your people, working hard as you persevere in the daily grind of parish work, helping each other share the workload. But clergy morale is bound to be affected as yet another abuse conviction blackens the good name of all.”

Bishop Nolan said he had started the canonical process that would likely lead to Fr Moore being dismissed from the clergy.

Andi Lavery, one of Moore’s victims who has waived his right to anonymity, said the bishop’s letter was “utterly pathetic”.

He said: “He asks people to pray for Moore. Do we pray for paedophiles now?

“Reading that letter, it’s as if the bishop is the biggest victim.”

Last year the Bishops’ Conference used the Scottish Child Abuse Inquiry to re-iterate an earlier apology to survivors of sexual abuse. Canon Thomas Boyle said the Church had “missed red lights and warning signs”, but had also been “deceived” by the abusers.

‘Biggest obstacle to the Catholic Church is itself’, claims bishop 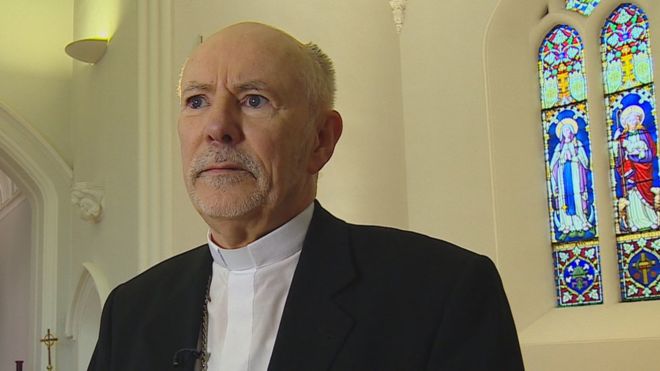 One of Scotland’s top bishops claims the Catholic Church may be its own worst enemy in spreading its beliefs.

The Bishop of Galloway has released a letter suggesting: “It could be argued that the greatest obstacle to preaching the gospel today in Scotland is the Catholic Church itself.”

The clergyman’s letter came just days after a priest from his diocese was jailed for child sex abuse.

He said negative publicity was “embarrassing” to Catholics.

Father Paul Moore, 82, was jailed for nine years for sexually abusing three children and a student priest in crimes spanning more than 20 years.

Father Moore committed the crimes at various locations in Ayrshire between 1977 and 1996.

In the letter, Bishop Nolan began: “It is now three years since I became Bishop of Galloway Diocese.

“In that time there have been two priests sent to prison.

“One for financial irregularities and now Father Paul Moore for the much more serious matter of sexual abuse, including that of a five-year-old child.”

He said the priority must be to help the victims. He said: “The damage done is often also spiritual damage destroying their faith in the Church and perhaps even their faith in God.”

He stated that he hoped that despite their trauma, the victims could find comfort in the verdict and justice being done. 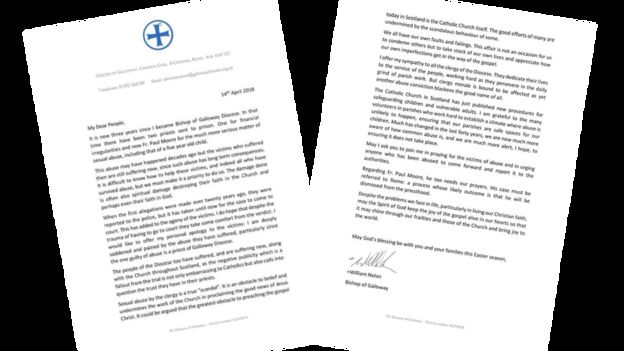 The letter written by the Bishop of Galloway

“Something as serious as the abuse of a child, it undermines the preaching of the gospel and causes people to question faith and the teachings of the church.

“This letter was to be open and upfront and support the people in the diocese suffering by the abuse which has taken place and the fact the church has not been seen to deal with this properly in the past adds to that shame.”

He urged other victims of abuse to come forward, but said Catholics should pray for victims as well as Father Moore.

Alan Draper from in-care abuse survivors group INCAS, said the focus should be on the victims and not problems facing the Church. 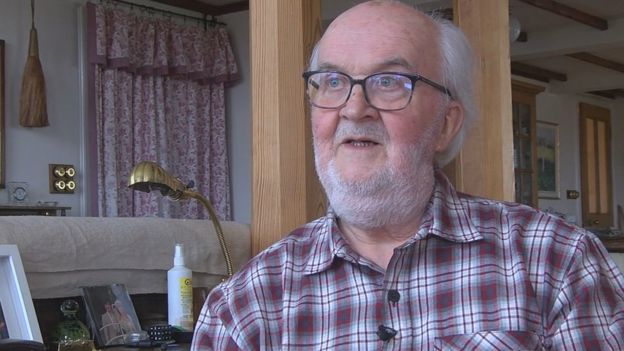 He said: “With respect to Bishop Nolan, I think he is losing the point, which is that thousands of young children have been abused within the Church.

“I think it’s important to address that as the primary issue, not the scandal to the wider public.

“It is important the victims do come forward but it is also important to say the bishops have failed victims for decades and I think it’s this failure which is the primary scandal as well as the abuse by certain priests.”