20 Days To Decide On Gay Marriage In Portugal 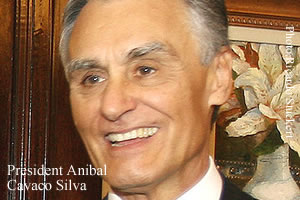 By law, Cavaco Silva has 20 days from publication to either veto the bill or allow it to come into force.

The seventy-year-old president has denied reports that he’s decided to veto the bill soon after Pope Benedict’s arrival on May 11.

Last month, the president, a Roman Catholic and a member of the PSD party, groups which oppose the legalization of gay marriage, forwarded four out of five of the bill’s articles to the Constitutional Court, setting aside a measure that prohibits gay adoption. He said he did so because he doubted the bill’s constitutionality, but refused to say why he did not include the article on adoption.

The court’s majority, however, ruled the four articles to be constitutional earlier this month.

Saying gay marriage threatens creation, Benedict took a swipe at Portuguese lawmakers as they considered the bill in January.

“Creatures differ from one another and can be protected, or endangered in different ways, as we know from daily experience,” he told diplomats who had gathered at the Vatican. “One such attack comes from laws or proposals, which, in the name of fighting discrimination, strike at the biological basis of the differences between the sexes.”

“I am thinking, for example, of certain countries in Europe or North and South America,” he added.

Social Democrats – led by Prime Minister Jose Socrates – say they have the votes to override a veto.

If the bill is approved, Portugal would join five European countries – Spain, Belgium, the Netherlands, Norway and, most recently, Sweden – in legalizing gay marriage.