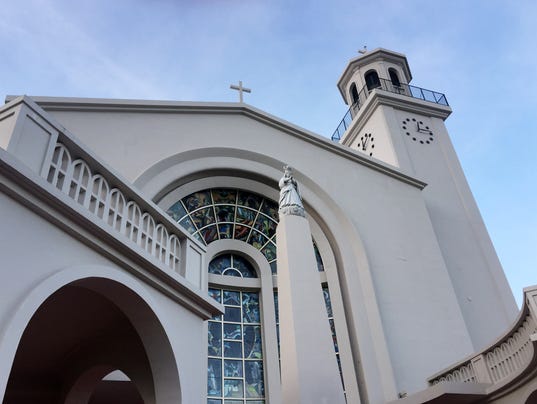 Guam’s clergy sex abuse cases increased to 45 on Wednesday, with former priest Andrew Manetta named as a defendant in the two latest filings.

Two men, identified only with their initials — “M.B.” and “G.G.” — to protect their privacy, alleged Manetta sexually molested them during sleepovers at the rectory of Santa Teresita Church in Mangilao, around 1986 to 1987, when they were altar boys, ages 13 and 14, respectively.

One of their attorneys, Randall Rosenberg, of Hawaii, described Manetta in the lawsuit as a “notorious pedophile” who was shifted from parish to parish within Guam before being transferred to Hawaii.

Originally from New York, Manetta first came to Guam in 1980 as a seminarian and was ordained into the priesthood at the Archdiocese of Agana in May 1983, according to Pacific Daily News files. Manetta was accused of sexually abusing a minor in Hawaii, from 1997 to 2001, but the Catholic Diocese of Honolulu settled with the accuser for $375,000 to avoid trial, PDN news files state. The priest later was transferred to New York.

M.B. and G.G. filed their lawsuit in the Superior Court of Guam. They are represented by a team of attorneys, including Guam-based Anthony C. Perez, Rosenberg, and U.S. mainland-based attorneys Leander James and Craig Vernon of James, Vernon and Weeks.

Another man who filed a lawsuit earlier on Wednesday said he feared, as a child, that his devout Catholic parents wouldn’t believe him if he told them a priest he only knew as “Father Louis” was sexually abusing him during at least two Boy Scout camping trips around 1972 when he was about 13 or 14.

Now 58, the man identified only as “R.B.” in order to protect his privacy, said he’s not sure if he will ever forgive former priest Louis Brouillard for what he did to him and his fellow scouts. 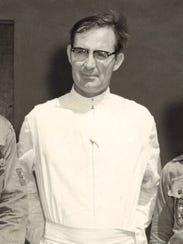 “How can I forgive if I can’t forget about it?” R.B. said in a phone interview from Hawaii, where he now lives.

He said he has only one thing to say about Brouillard at this time: “May God have mercy on his soul.”

R.B. is represented by attorney Kevin Fowler, of the Guam law firm of Dooley Roberts Fowler & Visosky LLP, which has partnered with the U.S.-based law firm of Pfau Cochran Vertetis Amala PLLC.

​“We make sure that each person who contacts us knows that we are willing to do whatever we can to protect their identity,” Fowler said in a statement. He said it’s likely more lawsuits will be filed in which the plaintiff’s identity is protected.

R.B. said he never told anyone about the abuse because Brouillard was highly regarded and respected in the community.

“I thought about it a million times but I was scared to tell them, especially my mom. She’s a die-hard Catholic. If I tell her a priest did that to me, I don’t think she would believe me,” he said.

Brouillard was a scoutmaster for the Boy Scouts of America Aloha Council, which has jurisdiction over Guam or the Chamorro District, which were among the named defendants, along with the Archdiocese of Agana.

R.B. said he still feels ashamed to talk about the sexual abuse he went through, especially to his deceased wife’s children. “I’m kind of ashamed because they look up to me as a man who has a lot of pride,” he added.

Terlaje said the plaintiffs’ lawsuits were time-barred and not retroactively revived by the enactment of Public Law 33-187. She argued the attempt to revive a more than 30-year-old time-barred cause of action is impermissibly inorganic and unconstitutional.

“By retroactively changing the statute of limitations involving sexual abuse in Guam, the Guam Legislature unconstitutionally impaired vested rights, opened the door to unverifiable and potentially undefendable claims, and created a prejudicial environment for defendant Apuron’s defense,” Terlaje said in the motion.