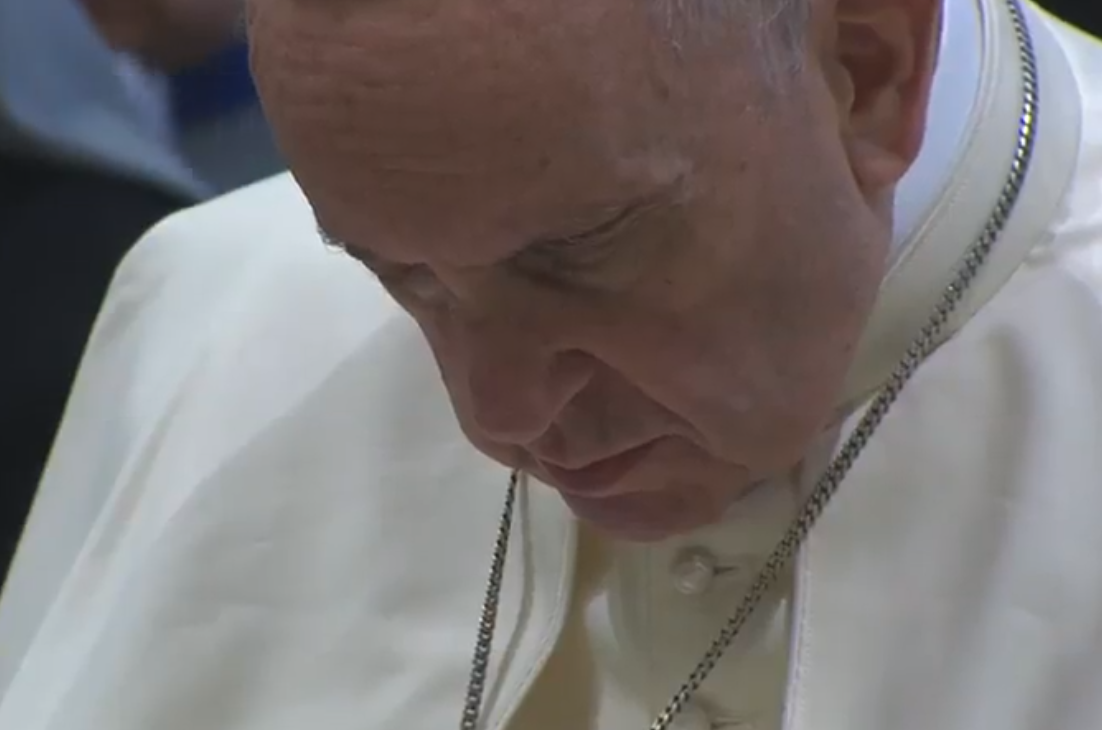 From June 1-3, 2018, the Holy Father will receive a second group of victims of the Reverend Fernando Karadima and his followers, of the parish of the Sacred Heart of Providencia (“El Bosque”), states the Holy See, in a press released dated May 22, 2018.

They are five priests, victims of sexual abuses and of abuses of power and conscience. Two other priests will be with them, who have helped the victims in their juridical and spiritual itinerary, and two laymen involved in this suffering. All will be guests of the Holy Father in Casa Santa Marta.

The great majority of these people took part in the meetings held in Chile last February, during the special mission of Archbishop Charles Scicluna and Monsignor Jordi Bertomeu. The rest have collaborated in the weeks after the visit.

With this new meeting, planned a month ago, Pope Francis wants to show his closeness to the abused priests, to accompany them in their pain, and to listen to their valuable opinion to improve the existing preventive measures and the fight against abuses in the Church.

The first phase thus concludes the Holy Father’s meetings with the victims of the abusive system established several decades ago in the mentioned parish. These priests and laymen represent all the victims of the abuses of the clergy in Chile, but the repetition of similar initiatives in the future is not discarded.

There will be several meetings in the course of the weekend, which will unfold in an atmosphere of trust and confidentiality. On Saturday morning, June 2, the Pope will celebrate a private Mass in Saint Martha’s House. Planned in the early afternoon is a group meeting, followed by individual conversations.

Pope Francis arrives to meet with Benin President Patrice Talon on the occasion of a private audience at the Vatican, Friday, May 18, 2018. (Credit: Vincenzo Pinto/Pool Photo via AP.)

ROME – Continuing efforts to clean up the Catholic Church in Chile, whose leadership is charged with covering up cases of clerical sexual abuse, abuses of power and conscience, Pope Francis will welcome more victims of the country’s most infamous abusive priest to Rome as papal guests.

On June 1-3, a group of nine people, including seven priests and two lay people, will stay at the Vatican’s Santa Marta residence where Francis has been living since the beginning of his pontificate. The Vatican confirmed the meeting in a statement released late Tuesday Rome time.

“With this new meeting, scheduled a month ago, Pope Francis wants to show his closeness to abused priests, to accompany them in their pain and to listen to their valuable views to improve the current preventive measures and the fight against abuses in the Church,” the statement said.

“This concludes this first phase of meetings that the Holy Father wanted to have with victims of the abusive system established several decades ago in the aforementioned parish,” the Vatican said. “These priests and lay people represent all the victims of abuses by the clergy in Chile, but it is not ruled out that similar initiatives may occur in the future.”

The statement said there will be various meetings throughout the weekend, all of which will take place in an atmosphere of “trust and confidentiality.”

“The Holy Father continues to ask the faithful of Chile – and especially the faithful of the parishes where these priests carry out their pastoral ministry – to accompany them with prayer and solidarity during these days,” said the statement, which was released in Spanish.

Some of those coming are former members of the “Priestly Union of the Sacred Heart,” founded in the 1920s and which eventually fell under Father Fernando Karadima’s control. In 2011, the Vatican found Karadima guilty of sexually abusing minors and sentenced him to a life of penitence and prayer.

Karadima has been cited not only for sexually abusing minors and young men, but also for abuses of power and conscience. At least some of the priests who are coming to the Vatican say they’re survivors of the latter. He was never sentenced by Chilean courts due to the country’s statute of limitations.

It’s unknown how many people were sexually abused by Karadima. Presumably, the number of those psychologically abused, the victims of his abuse of power, or those who had their consciences manipulated, is even larger.

By the time the allegations against Karadima reached the Vatican, there were close to 40 priests – and four bishops – who were members of the society. Though each of them had a different formation, with some going to the diocesan seminary, others to religious congregations, and others still to Rome, all participated in the parish of El Bosque in one of Santiago’s wealthiest neighborhoods.

The association was dismantled soon after the Vatican’s ruling.

Francis’s meeting with these nine individuals will come a month after he met with three of Karadima’s victims, Juan Carlos Cruz, James Hamilton and Andres Murillo, who were in the Vatican April 27-30, also staying at Santa Marta.

Last week, 34 of Chile’s bishops – 31 on active duty, three emeriti – were in Rome for three days of meetings with Francis to address the crisis of the Chilean Church, but the majority stayed at the Roman guest house Casa del Clero. They came after being summoned by the pope, but didn’t stay in the Vatican’s guesthouse as papal guests.

After their encounter with the pope, all of the bishops present in Rome offered Francis their resignation in writing, putting their pastoral positions in his hand. It’s now up to the pope to decide which resignations to accept. Until he does, the prelates will remain in active ministry.

On the first day of their May 15-17 summit, Francis gave the bishops a 10-page document in which he said that removing bishops would be necessary but not enough to solve the crisis in the Chilean Church. He also accused Chile’s hierarchy of destroying evidence in cases of clerical sexual abuse, pressuring Church lawyers to minimize accusations, moving priests with credible accusations of abuse to other dioceses, and of “grave negligence” in protecting children from pedophile priests.

Though dating back decades, the ongoing crisis in the Chilean Church first became evident in 2015, when Francis decided to transfer Bishop Juan Barros from the military chaplaincy to the diocese of Osorno. This decision generated uproar among members of the local church and the victims of Karadima, who’ve accused the bishop -and three others – of covering up for the pedophile priest.

The document Francis gave to the bishops represents part of his conclusions after reading a 2,300-page report by two envoys he sent to Chile to look into the allegations against Barros, whom he’d publicly defended until January.  After returning to Rome, Francis decided to dispatch Maltese Archbishop Charles Scicluna and Spanish priest Jordi Bertomeu to investigate the situation.