“Senate calls on Pell to return to Australia” & related articles

Investigators from Victoria police have delivered their brief of evidence relating to Australia’s most senior Catholic, Cardinal George Pell, to the Department of Public Prosecutions for consideration.

Police have been investigating allegations that Pell exposed himself to three young boys at Torquay life-saving club in Victoria in the summer of 1986 or 1987.

Another two allegations involve two former St Alipius students, who allege Pell repeatedly touched their genitals while swimming with them at the Eureka pool in Ballarat in 1978-79. At the time, Pell was episcopal vicar for education in the Ballarat diocese.

Pell has repeatedly rejected all allegations of abuse.

The Office of Public Prosecutions will now consider the evidence and make a recommendation as to whether police should drop the investigation, investigate further or lay charges.

On Monday, the royal commission into institutional responses into child sexual abuse heard that 7% of Australia’s Catholic priests have been accused of abusing children in the six decades since 1950.

A brief of evidence concerning historical claims of sexual abuse at the hands of Cardinal George Pell has been delivered to prosecutors for consideration.

Victoria Police confirmed with AAP on Monday night that investigators had delivered the brief to the Office of Public Prosecutions.

It’s a significant development in the case since three police travelled to Rome in October to speak with the former Ballarat priest and Melbourne archbishop. 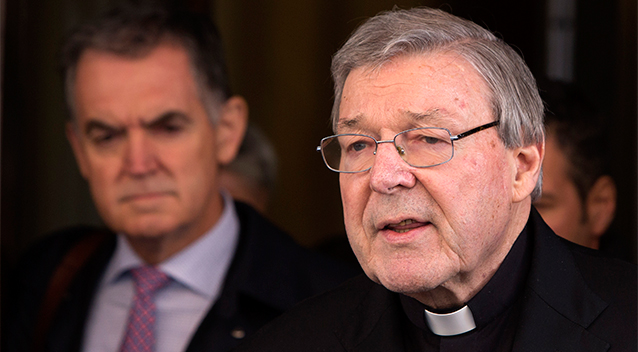 Ausralian cardinal George Pell reads a statement in 2016 after meeting with relatives of and victims of sex abuse at the hands of Catholic priests. Photo: AAP

He cited ill-health as a reason he could not travel back to Australia to give evidence in last year’s royal commission into institutional responses to child sexual abuse, appearing instead via video link.

Allegations emerged in 2015 from two men who said they were groped as children by Cardinal Pell when he was a priest in Ballarat during the 1970s. 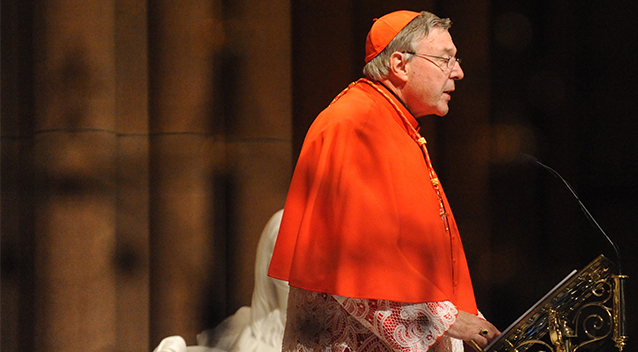 Another man claimed he saw the priest expose himself to young boys in the late 1980s.

Cardinal Pell previously released a statement rejecting “all and every allegation of sexual abuse” and would continue co-operating with Victoria Police until the investigation was finalised.

A BRIEF of evidence in a sex abuse investigation of Cardinal George Pell has been returned to prosecutors for review.

Police had first asked prosecutors to review the brief last year, but Director of Public Prosecutions John Champion, SC, returned it without making a recommendation, saying that any decision on potential charges was a police call.

On Monday, Natalie Webster, on behalf of Victoria Police, said that investigators had ­delivered the brief to the Office of Public Prosecutions for ­consideration.

Sano taskforce investigated multiple allegations, including that the cardinal abused up to 10 boys in 1978-2001, while a priest in Ballarat and while archbishop of Melbourne.

The cardinal, 75, has strenuously denied the allegations.

On Monday, a report released by the Royal Commission into Institutional Responses to Child Sexual Abuse showed Victoria had proportionally more paedophile Catholic priests than any other state.

The figure in Ballarat was 8.7 per cent — the nation’s seventh worst. The Archdiocese of Melbourne rounded out the 10 worst, at 8.1 per cent.

The commission said on Monday that of 309 Catholic abuse cases it had referred to police, 27 had been prosecuted, 75 were under investigation, and 66 were “pending”.

Opening the final public hearing on the Catholic Church, counsel assisting the commission Gail Furness, SC, said that between January 1980 and February 2015, 4444 people had gone to 93 church authorities with child sex abuse claims.

The average age of victims was 10.5 for girls and 11.6 for boys; the average delay in making a claim was 33 years.

She said abuse claims involved more than 500 unknown perpetrators but, of almost 1880 identified, 32 per cent were religious brothers, 5 per cent sisters, 30 per cent priests, and 29 per cent laity.

The commission heard the Vatican had shut down requests for assistance and had refused to release files on documented abuse cases.

The church’s Truth Justice and Healing Council chief Francis Sullivan fought back tears as he said that from 1960 to 2010, 1265 priests and religious leaders had been the subjects of abuse claims.

“These numbers are shocking. They are tragic and they are indefensible. This data … (shows) a massive failure on the part of the Catholic Church in Australia to protect children from abusers. As Catholics, we hang our heads in shame.”