‘I want him to rot in jail’: Pell victim’s father speaks on eve of sentencing

The father of one of the 13-year-old choirboys abused by Cardinal George Pell has ripped into the senior Catholic ahead of his sentencing.

George Pell: A History of Denial 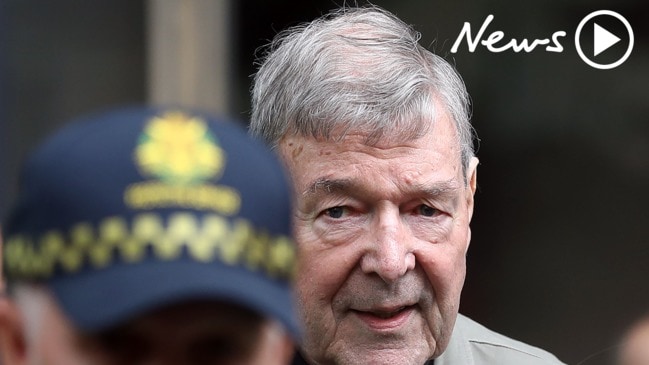 In 1996, the lives of two 13-year-old choirboys changed forever when they were molested by then archbishop of Melbourne George Pell inside St Patrick’s Cathedral. After the testimony of one of these boys, Pell was found guilty of child sexual abuse last year. The other boy, tragically, is no longer here to fight for justice. His life spiralled out of control after the abuse, and he died of a drug overdose in 2014. Tomorrow, Pell will be sentenced, something the father of that lost boy is eagerly awaiting in the hope that, finally, his boy will be avenged.

On the eve of George Pell’s sentencing, my determination to see that man rot in jail is stronger than ever.

It will mean that he can no longer hurt any children. It will not bring my son back, but if Pell is in jail forever, he will not be able to destroy any more families the way he destroyed mine.

What I want is to see them “throw away the key” so he is never to be released.

It will not give me real closure because I can never have my son back, but seeing Pell incarcerated for the rest of his life will help me move forward and know that my son’s suffering has not ultimately been in vain, though it was for so long.

I believe my son would feel a huge sense of relief and would feel as if a great weight had been lifted from his young shoulders.

It devastates me to know he silently carried this burden for any length of time. Perhaps he would have had the courage to stand beside the other choirboy and speak up, and perhaps he would not have wasted his life on drugs. I’ll never know

The other choirboy has been extremely brave in all of this, and I will be forever thankful that he had the guts to speak up. I only wish I could have known sooner because perhaps I could have saved them both from the huge amount of suffering they have endured.

I am also thankful to his family who have supported him through what must surely be the most difficult thing they have ever faced.

When I think of my son, I reflect on what a tragic waste of a young life this has been.

I feel sure in my mind that my son would have had a successful and happy life if this had not happened.

His teenage years would have been like most other boys, full of wonder and excitement and discoveries as he matured and made plans for his future. I would have been able to watch him flourish and grow into a stable, well-adjusted young man. Instead, all he had to look forward to was the next hit.

Pell was the cause of all the turmoil in my son’s life, but his destruction did not stop there. I believe that he ruined my family as it was back then.

We were irrevocably broken by Pell. His actions destroyed our family unit and everything that was dear to me. I lost my relationship with my wife, my daughter, and I have grandchildren who do not know their grandpa. No family can experience what we did and come out the same as they began.

This has affected me in ways that I find difficult to share. At times I feel lost, I feel like a failure, and I feel like I let my son and my family down. The truth is, while Pell serves his sentence behind bars, I’m serving my own life sentence of grief at home, existing but in pain every single day.

A guilty verdict is one step forward but one perpetrator behind bars is not enough. A relentless pursuit for justice for every victim is why I’ve gone to Shine Lawyers. What I want, and why I’ve decided to sue the church, is to change the systemic failures that have crushed so many kids before they ever had a chance to dream of a future.

To anyone out there who is a victim of abuse, my heart goes out to you. Please, find the courage to speak up. Tell someone and keep telling someone until your voice is heard.

Remember, you are not alone, there are more people out there just like you with stories just like yours. Let this case remind you of that.

Together your voices can be strong, and you can make a difference. The choirboy was just one voice, and his voice made a difference.

2 Responses to ‘I want him to rot in jail’: Pell victim’s father speaks on eve of sentencing