Melbourne, Australia (CNN)An Australian seminary where Cardinal George Pell is living while he fights charges of historic sexual abuse says the top Vatican figure is “very much looking forward” to the start of a key court hearing, where dozens of witnesses will give evidence.

It had been unclear where Pell, the most senior cardinal in the history of the Catholic Church to face criminal charges, had been living since he was given a leave of absence from his role at the Holy See and returned to his native Australia.

The spokesman for the Seminary of the Good Shepherd in Homebush, Sydney confirmed to CNN the 76-year-old Cardinal was residing at the seminary, where 40 young trainee priests live and study as they prepare for their careers in parishes across the country.

“Cardinal Pell is now very much looking forward to the March hearing and his day in court,” a spokesman for the seminary said. “He has repeatedly said he is innocent of all allegations made against him.” 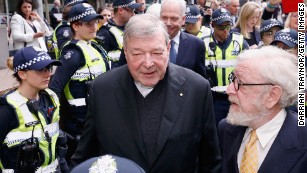 In less than two months the Cardinal will face a four-week long committal hearing at Melbourne Magistrates Court where evidence will be heard from 50 witnesses.

At least two weeks of the hearing, which begins March 5, will be in closed court when complainants give evidence via video link. Once the hearing is completed, the magistrate will then decide if there is enough evidence to proceed to trial at a higher court.

At a news conference at the Vatican in June last year, Pell said he had been the victim of “relentless character assassination.”

“I’m innocent of these charges, they are false,” Pell said. “The whole idea of sexual abuse is abhorrent to me.”

The statement from the seminary comes after a man who made public accusations against Pell died, prompting speculation his death could affect the legal case.

Damian Dignan, who passed away on Saturday after a long illness, made the allegations in an interview for an ABC television documentary in 2016.

The Cardinal was charged by Victoria Police in June last year after a lengthy investigation by detectives from Sano Task Force based in Melbourne.

At a short court mention Wednesday it emerged that Pell’s legal team had won their legal bid to get the ABC to hand over materials including interview footage from a hard drive and transcripts. The handover is part of two court orders by Pell’s defense team to be able to examine materials.

“There has been a production to the registry of a hard drive containing footage and manuscripts,” defense barrister Ruth Shann told the court.

It is believed the footage contains unedited interviews with some of the complainants in the case.

Another mention hearing for the Cardinal Pell case will take place at Melbourne Magistrates Court on February 9.

No official role at seminary

In response to CNN questions, the Archdiocese of Sydney released a statement with details of his living arrangements. It is the first time details of the Cardinal’s daily life away from his post in Rome have been revealed as he awaits court.

The spokesman said the Cardinal does not play an official role at the seminary, where life for the trainee priests entails a strict daily regime of prayer and teaching.

“The seminarians are very comfortable with Cardinal Pell’s presence,” the spokesman said. “He (Pell) does not take part in ministry for the seminary, nor is he involved in mentoring or liturgy.”

The seminary is run by Father Danny Meagher, a long time friend and supporter of Cardinal Pell.

“The Rector is very happy to have him stay on the property,” the spokesman said.

Father Meager has spoken of his deep admiration for the Cardinal in the past. 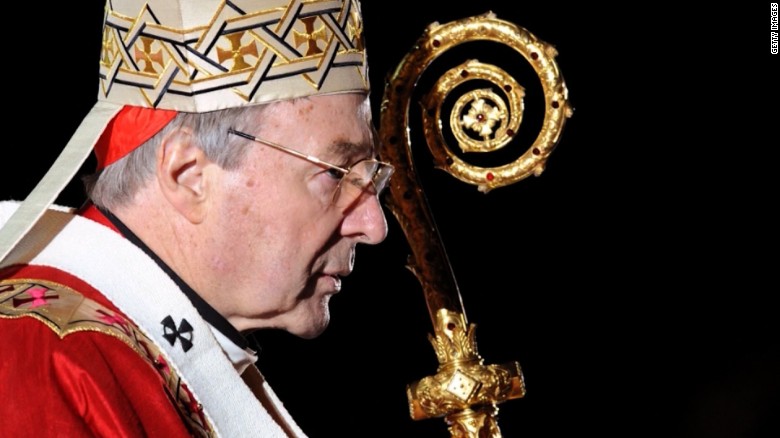 Cardinal George Pell was given leave from the Vatican to fight the charges.

“He’s [Pell] probably the most respected English-speaking Bishop in the world which is extraordinary and to Australians we have no idea of that,” Meager told the ABC in an interview in 2013 before Pell’s move to Rome.

Father Meagher was formally the Director of Mission for CatholicCare after being personally asked to take the position by Pell when he was installed as Archbishop of Sydney in 2001.

The Cardinal has traveled twice from the Sydney seminary to two court mention appearances in Melbourne. Given his senior standing in Rome, his case has attracted huge media attention.

At the first hearing in July last year, his barrister Robert Richter told the court his client would be “pleading not guilty to all the charges.”

In December the Catholic Church in Australia came under pressure from advocates with the release of the final report from Australia’s Royal Commission into Institutional Responses to Child Sexual Abuse.

The Catholic Church alone was the target of about 20 recommendations in what would amount to a radical shake-up of centuries of tradition and orthodoxy.

Of the survivors who reported being abused in a religious organization, 61.4% said it occurred in a Catholic organization.

The commissioners called upon the senior Australian Catholic leaders to urge the Vatican to consider major changes, including making celibacy voluntary and mandatory reporting of religious confessions.

At the time, Pope Francis responded by saying he would read the final report, according to the ABC.

However the suggested changes were met with resistance from the senior ranks in Australia.

Archbishop of Melbourne Denis Hart said that while he fully apologized on behalf of the church, he “couldn’t” report any child abuse revealed to him inside a confessional.

The legal case against the Australian cardinal has taken an unexpected turn.

SYDNEY — The legal case against Cardinal George Pell of Australia has taken an unexpected turn, after the death of Damian Dignan, who accused Cardinal Pell of committing acts of sexual abuse.

Dignan died of leukemia last week in the Australian town of Ballarat; his death will likely impact a committal hearing scheduled for March 5 addressing the sexual-abuse charges leveled against Pell.

In March 2016, Dignan and two former classmates from St. Alipius School in Ballarat together accused Cardinal Pell of inappropriate sexual behavior when they were minors. The cardinal had previously been accused of acts of child sexual abuse dating as far back as 1961.

Without the sworn testimony of Dignan in court, it is possible that prosecutors could drop the case altogether. However, Victorian Police did not confirm or deny the plausibility of this happening, especially because the prosecution could still use sworn statements or evidence given under oath made before Dignan’s death.

In addition, up to 50 witnesses are still expected to testify during the upcoming committal hearing.

Former Victorian magistrate Nicholas Papas did note that convicting Cardinal Pell without Dignan is a “more difficult task,” according to the U.K. Daily Mail.

Dignan’s lawyer Ingrid Irwin said that it was “ridiculous” that Dignan died “without any justice,” according to the Herald Sun.

Cardinal Pell, who was ordained a priest in Ballarat in 1966, has pled not guilty to the multiple counts of sexual abuse. He has been on a leave of absence from his duties since last summer, which was granted by Pope Francis.

“I am innocent of these charges; they are false,” Cardinal Pell told journalists on June 29, saying “the whole idea of sexual abuse is abhorrent to me.”

Cardinal Pell has testified multiple times before Australia’s Royal Commission, denying abuse charges, and is known to have spoken out against sexual abuse in the past.

“It is important to recall that Cardinal Pell has openly and repeatedly condemned as immoral and intolerable the acts of abuse committed against minors,” stated Holy See spokesman Greg Burke last summer.

However, Burke also underscored the importance of respecting the proceedings of the Australian justice system, which will ultimately “decide the merits of the questions raised.”

A man who publicly accused Cardinal George Pell of sexual abuse has died.

Damian Dignan, from the Australian city of Ballarat, died on Saturday following a long illness.

Cardinal Pell is on a leave of absence as Vatican treasurer to fight police charges in his native Australia. He has strongly and consistently denied any wrongdoing.

Mr Dignan’s former partner, Sharon Rixon, confirmed his death on Facebook, describing him as her “best friend and the father of my children”.

“It’s hard to say goodbye, but [you’re] pain free now and that’s the best thing we could hope for,” Ms Rixon wrote.

Last June, police charged Cardinal Pell with historical offences from “multiple complainants”. He is due to return to a Melbourne court in March.

Cardinal Pell’s lawyer has previously said he will plead not guilty to all charges. Details of the allegations have not been released.

A former Melbourne magistrate, Nicholas Papas, told The Australian newspaper that Mr Dignan’s death could have ramifications on the court case.

“Normally it requires that the person who has given evidence to be there, and so normally it would be the case that without them there, the prosecution can’t proceed… but you can’t be absolutely sure,” he was quoted as saying.