Australia’s most senior Catholic leaders have conceded that the church’s handling of the child sexual abuse crisis was “hopelessly inadequate”, had catastrophic consequences, and amounted to “criminal negligence”.

Five of Australia’s metropolitan archbishops appeared before the child abuse royal commission on Thursday, asked to explain how the church had allowed the abuse of at least 4,444 children between between 1980 and 2015. 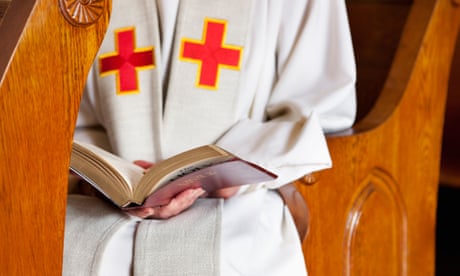 4,444 victims: extent of abuse in Catholic church in Australia revealed

Perth archbishop, Timothy Costelloe, said a major cause of the abuse complaints and the abysmal response to complaints was the leadership’s belief in the “untouchability of the church”, which filtered down to bishops and priests.

“The church in a sense saw itself as a law unto itself; that it was somehow or other so special and so unique, and in a sense so important, that it stood aside from the normal things that would be a part of any other body,” Costelloe said.

“There was a profound cultural presupposition about the uniqueness of the church … in a sense the untouchability of the church, in that it didn’t have to answer to anybody else,” he said.

“It only had to answer to itself.”

He described the church’s response to abuse complaints as “hopelessly inadequate” and “scandalously insufficient”.

Sydney archbishop, Anthony Fisher, took it a step further, describing the church’s response as “criminal negligence”, which prompted applause from the public gallery.

Fisher said there had been a tremendous ignorance of the impact of child sexual abuse, a lack of empathy with survivors, and a flawed comprehension of the nature of paedophilia.

He was asked by counsel assisting Gail Furness, SC, why so much effort was put into covering it up, if the church did not properly comprehend the depth of its evil. 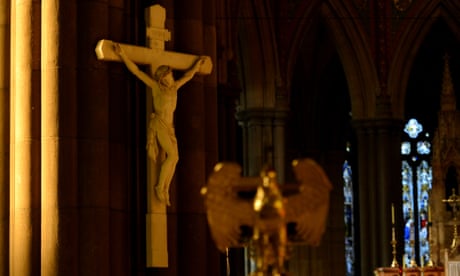 “When I say there’s ignorance, I don’t mean that people didn’t know it was evil, a terrible sin, and a crime,” Fisher said. “But I think they didn’t appreciate the long-term damage that this was doing to people. The repetitiveness of it, the almost addictiveness of it in the perpetrator,” he said.

Fisher said there was now more empathy and compassion toward survivors within the church, and a greatly improved understanding of the nature of abuse and the long-term damage it wrought.

Adelaide archbishop, Philip Wilson, and Melbourne archbishop, Denis Hart, also pointed to a past ignorance of the “awful reality” of the crimes among the church’s leadership.

“There was an unreality in the way which bishops operated, and they sort of floated above it,” Hart said. “The awful reality of these crimes didn’t make contact with them. I don’t understand why, but I do know that the way that we act now is very, very different.”

At one point, commission chair, Justice Peter McClellan, noted that the Catholic church had structures in place for dealing with the abuse of children since the 4th century. He asked how it could be that the church could still be ignorant of the nature of child abuse in the 1960s, 70s, and 80s.

Wilson suggested the leadership had lost its knowledge on the issue and was “unable to reflect on the experience of the church”.

Furness asked Hart why the embezzlement of money by priests, which was also a crime, would have attracted significant punishments, while child sexual abuse did not.

“I think it might have been the thing that wasn’t spoken about, it was so far out of their consciousness,” Hart said.

No one could believe that a priest would commit such crimes, he said: “That illustrates the mindset, it doesn’t excuse it, but it illustrates what the mindset was… and that’s a serious failure of responsibility.”

Each leader was asked whether they had met with survivors outside the church’s formal Towards Healing framework for dealing with abuse claims. Each said they had, some only once, and others a few times.

Brisbane archbishop, Mark Coleridge, said meeting survivors through the Towards Healing process, while structured, was intensely personal and insightful.Asked whether he would consider more face-to-face meetings with survivors outside of Towards Healing, Coleridge responded: “I would be very open to it if I thought it would help. I am open to suggestions, but sometimes in dealing with abuse you can, with the best of intentions, do things that hinder rather than help,” he said.

Australia’s royal commission or judicial inquiry into institutional responses to child sexual abuse was set up in 2013. It has investigated how institutions such as schools, churches, sports clubs and government agencies responded to allegations and instances of abuse. It findings will inform laws, policies and practices to better protect children.

The most senior Australian in the Vatican, Cardinal George Pell, has appeared before the royal commission on three occasions, once in person and twice via videolink from Rome.

The archbishops will appear again before the royal commission on Friday morning.

The Archbishop of Sydney, Anthony Fisher, has told a royal commission the response by Catholic Church leaders to allegations of child sexual abuse amounted to “criminal negligence”

Five of Australia’s most senior Catholic figures fronted the Royal Commission into Institutional Responses to Child Sexual Abuse in Sydney on Thursday.

It was the first time Archbishop Fisher had been questioned at the royal commission, which has been running for four years.

“It was a kind of criminal negligence to deal with some of the problems that were staring us in the face,” he told a public hearing.

“In other cases, I think there were people that were just like rabbits in the headlights, they just had no idea what to do, and their performance was appalling.”

Archbishop Fisher succeeded Cardinal George Pell as the Archbishop of Sydney in 2014.

Catholic Church thought it was ‘untouchable’

The Archbishop of Perth, Timothy Costelloe, also gave a damning assessment of the way allegations of sexual abuse had been handled.

He said there had been a “catastrophic failure” in church leadership and that the abuse of children was at odds with what the Catholic Church purported to be.

“That leads me to reflect there has also been a catastrophic failure in keeping people faithful [like priests] to the commitments they made. I asked myself what can possibly have gone wrong, or what was missing, that could lead to, not just one, but countless people failing in this way,” Archbishop Costelloe said.

The archbishops were grilled about what they had done to deal with those “catastrophic failures” in leadership they had agreed were at the root of the child sexual abuse.

They said they were taking a more collaborative approach to decision–making in their diocese.

“The problem will always be there to potentially rise again unless that issue is dealt with,” Archbishop Costelloe said.

He said in the past, the Holy See believed itself to be “so special, so unique and so important” that it was untouchable.

“That’s probably the way many bishops in their own dioceses might also think of themselves — as a law unto themselves, as not having to be answerable to anybody, as not having to consult with anybody as to being able to make decisions just out of their own wisdom,” Archbishop Costelloe said.

“That can then trickle down to the priests in the parish. I would see that as one of the major causes of this inability to deal with this terrible crisis.”

This is the 50th public hearing of the royal commission.

The Archbishops of Melbourne, Adelaide and Brisbane are also being probed at the hearing.

A 92-year-old woman fighting for justice over her late daughter’s alleged sexual abuse has met with Melbourne’s Catholic archbishop but says his sympathies don’t cut the mustard.

Source:   AAPEileen Piper says Archbishop Denis Hart gave her a letter and said he would pray for her in a closed-door meeting shortly after he gave evidence at the child abuse royal commission on Thursday.

Ms Piper’s lawyer, Judy Courtin, said Archbishop Hart extended his sympathies for what had happened to the widow, whose 32-year-old daughter Stephanie killed herself in 1994, the year after saying she had been raped by Pallottine priest Gerard Mulvale as a teen.

But he did not acknowledge the abuse occurred, Ms Piper said

“I’m sorry to say… nothing has changed,” Ms Piper, who travelled from Melbourne, told reporters after the meeting outside the royal commission in Sydney.

“It’s not over. I’m not prepared to let that happen.”

Mulvale was charged with offences relating to Stephanie but they were dropped after she died.

The Melbourne Archdiocese earlier this month released a statement saying it believed Stephanie’s case had been investigated thoroughly and it can’t be satisfied on the evidence that the abuse occurred.

It says the claim was twice assessed by Peter O’Callaghan QC, from the Church’s Melbourne Response, who came to the same conclusion.

Ms Piper, who arrived to the hearing carrying a box full of 55,000 petition signatures, says she’s still optimistic despite the meeting, which was offered to her on the day of the hearing.

“I have an instinctive feeling that sadness I displayed today wouldn’t just run off and not be listened to,” she said.

The current hearing has been in part investigating how the Catholic Church has responded to royal commission findings about its response to child sexual abuse.

The Melbourne archdiocese says it has offered counselling to Ms Piper.

The hearing is expected to continue with the five metropolitan archbishops’ evidence on Friday.