WARNING: This story contains graphic details of alleged sexual assaults of children in the 1950s and 1960s 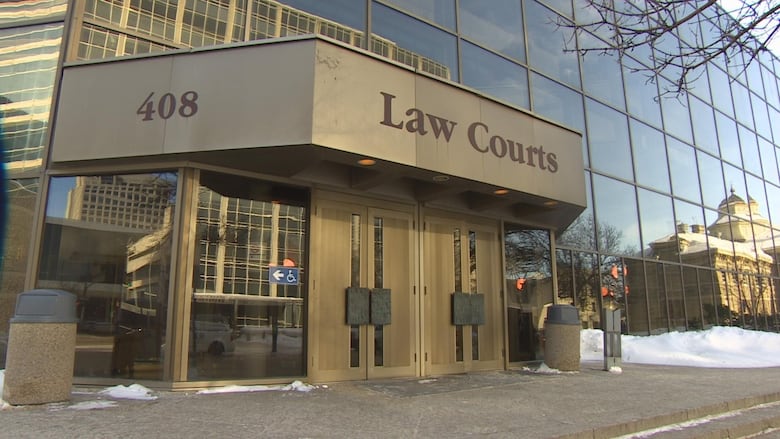 Four people from Nelson House First Nation, Man., have named Canada’s attorney general in a lawsuit alleging the federal government neglected to keep them safe from a Catholic school teacher and principal who sexually assaulted them in the 1950s and 1960s. (Trevor Brine/CBC)

Four members of a Manitoba First Nation say the federal government failed to keep them safe from a now deceased Catholic school principal they allege sexually assaulted them at a small school in the 1950s and 1960s.

The two men and two women from Nelson House First Nation — all now in their late 50s to early 70s — are suing the attorney general of Canada for allegedly neglecting to keep them safe from former Nelson House Roman Catholic Day School teacher and supervisor Roland Lauze.

The group of four attended the school as kids in the 1950s and 1960s. Lauze, who died in 1970, worked as a teacher or principal at the school from the time it opened until about 1968. He is listed as a “Memorable Manitoban” on the Manitoba Historical Society website, which also refers to a separate set of sexual assault allegations against Lauze made by former students in 2013.

The statement of claim filed with the Manitoba Court of Queen’s Bench graphically details allegations that Lauze sexually assaulted the four people between 1954 and 1967, when they were children.

“The plaintiffs have been incapable of commencing this lawsuit until now due to their physical, mental or psychological conditions resulting from the abuse,” the lawsuit says.

The four are seeking an undisclosed amount in financial damages, plus court costs. They claim the federal government is responsible for the alleged abuse because Lauze was technically a federal employee at the time, and they say the government failed in its duty to protect kids under the care of Lauze from sexual abuse.

None of the allegations have been proven in court.

In the earliest case, Lauze allegedly touched and sodomized a girl on at least two occasions between 1954 and 1955, when she was eight or nine.

Lauze allegedly masturbated and sexually touched one boy at least five times between 1962 and 1967. The boy would have been nine or 10 in 1967.

We are currently reviewing this case and are committed to working with all parties involved to explore mechanisms outside the adversarial court process to deal with these claims.– Indigenous and Northern Affairs Canada

Another girl, who attended the school beginning in 1965, around the age of six, was sexually touched, fondled, and forced through oral and vaginal intercourse, court documents say.

All four sustained “significant, long-lasting and debilitating sexual, physical, emotional and psychological harm” which affected most aspects of their lives, court documents state.

The lawsuit says the side-effects of the years of abuse include sexual, physical and psychological trauma; physical pain and suffering; loss of confidence and self-esteem; chronic fear and generalized anxiety; a sense of psychological isolation and separation; depression, anxiety, eating disorders, emotional regulation issues and suicidal ideation; inability to form or maintain friendships; loss of enjoyment of life; and impairments in terms of interacting with authority figures and sustaining gainful employment, among other symptoms.

The group says the federal government neglected to have an adequate system of checks and balances in place at the school to ensure kids under the care of someone like Lauze were safe.

A spokesperson with Indigenous and Northern Affairs Canada said the department is committed to “righting wrongs committed against Indigenous people,” but noted the federal government doesn’t believe that should involve the courts in this case.

“While the Government of Canada respects the decision of plaintiffs to pursue their claims through the courts, Canada believes that the best way to address outstanding issues and achieve reconciliation with Indigenous people is through negotiation and dialogue rather than litigation,” a statement from the department says.

“We are currently reviewing this case and are committed to working with all parties involved to explore mechanisms outside the adversarial court process to deal with these claims.”

With files from Tessa Vanderhart