RAPIDES PARISH, La. (KALB) – Attorneys for Frank Selas, the former Monroe TV show host known as Mr. Wonder, who is accused of molesting a boy on a camping trip in Rapides Parish in the ’70s, have filed new court documents.

Mike Small has filed an objection to a response to a motion from the Rapides Parish District Attorney’s Office regarding a 1994 telephone call made to RPSO by an anonymous caller wanting to know if Selas would still be prosecuted if caught.

The DA’s office said they did not have a transcript of the call or any other details about the call.

So, Small has amended his first request to ask for several things including for information if Sheriff William Earl Hilton was aware of the call and any notes memorializing that knowledge.

Mike Small, Selas’ attorney, requested the postponement, saying he failed to receive responses from the District Attorney’s office to motions he filed back in May. Today, Small and Brian Mosley, the prosecutor on the case, agreed to move the hearing.

“Mr. Mosley and I spoke over the weekend,” said Small. “I had been, frankly, hoping to get responses to the various motions I filed. I filed either five or six. In any event, no responses have been filed yet by the district attorney’s office. It seemed to be that it would be much more productive to argue these motions after I have some response to the various motions I filed.”

Among others, they include a discovery request involving a 1994 phone call to the Rapides Parish Sheriff’s Office, from a man who claimed he was representing Selas, and wanted to know whether or not Selas would be prosecuted if caught. Small also talked about “jailhouse snitches,” and their potential willingness to give information on Selas due to the case’s prominence.

“I’m very worried about jailhouse snitches,” said Small. “This is a case where People magazine has called. The Associated Press calls. Me, the sheriff’s office, the DA’s office have pretty much been bombarded with media inquiries. It’s the type of case, because of its high profile nature, that the typical jailhouse snitch knows that if I give information on this case that is helpful because of the prominence, then I can get help on my pending charge.”
___

It took more than 30 years and an international manhunt, but Frank Selas, the former Monroe children’s TV show host known as Mr. Wonder, has been brought back to Louisiana.

Selas was extradited and arrived in Alexandria from California around 10:30 p.m. Thursday night.

Now that he is back, it is time for him to face justice. The arraignment hearing for Selas will be held at the Rapides Parish Courthouse Monday at 9:30.

The 76-year-old faces 13 counts for the alleged sexual assault of a child on a camping trip that he hosted in Rapides Parish back in 1979. As law enforcement zeroed in on him, he fled the country.

He was tracked down in January in California.

Rapides Parish Sheriff William Earl Hilton was the detective on the case in 1979. He was present when Selas was brought back, but as he told, he has nothing to say to Mr. Wonder.

“There is nothing that I could say and I wouldn’t want to say or do anything to jeopardize anything on this case. So it’s just as well that I don’t talk to him,” said Sheriff Hilton.

Assistant District Attorney Brian Mosley said there will be some challenges prosecuting the case.

“Well obviously one of the biggest challenges is it’s not a case where the evidence is fresh but we do have very good witnesses and police have done a great job, the deputies have done a great job of picking the case up essentially where the case was left off when the sheriff was an investigator that worked the case,” said Mosley.

Selas’ attorney, Mike Small, met with him for the first time Friday morning.

Selas is alleged to have sexually assaulted a child on a camping trip in the ’70s in Rapides Parish. He was on the run for nearly 40 years before being captured in January in California.

The first point is regarding Small’s attempt to prevent jailhouse snitch testimony from ending up in court. The district attorney’s office said it can’t control if Selas shares information about his case to other inmates. But, if Selas decides to talk to others, the state plans on taking that snitch testimony and introduce it in court and leave it up to a jury to determine credibility. The state says it doesn’t anticipate any snitch testimony, however.

The second point has to do with a 1994 phone call to RPSO by an anonymous caller wanting to know if Selas would be prosecuted if caught. The district attorney’s office says it has not found any information beyond that a call was made that they could turn over to the defense.

Meanwhile, a hearing set for Monday has been continued without further date. 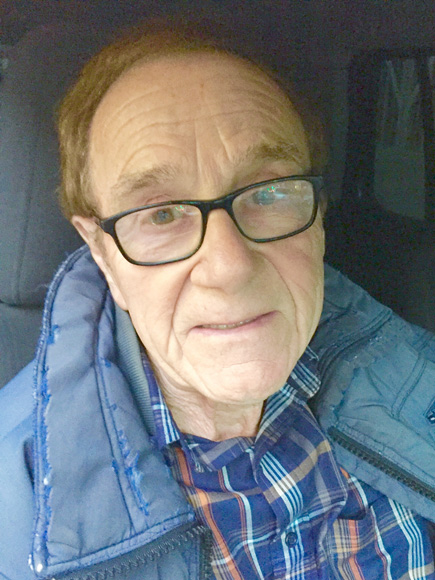 A man who hosted a children’s television show in Louisiana in the 1970s before vanishing amid child sex abuse allegations pleaded not guilty Monday to thirteen separate criminal counts, PEOPLE confirms.

Frank John Selas III, 76, was arrested in San Diego on the decades-old allegations more than three months ago. Investigators claim he allegedly fled to Rio de Janeiro back in 1979 after learning warrants had been issued for his arrest.

On Monday, Selas entered his not guilty plea during his arraignment in a Louisiana courtroom.

Selas’ attorney, Mike Small, tells PEOPLE his client is innocent of the charges.

Selas was extradited back to Louisiana last week, according to law enforcement officials.

Warrants were issued in 1979 for Selas’ arrest after several children accused him of molesting them during a camping retreat. Selas’ alleged victims ranged from 5 to 11-year-old, investigators allege.

Small says Selas will return to court within the next three weeks for a pre-trial hearing.

Small says that he is awaiting the prosecution’s discovery documents before plotting his client’s defense.