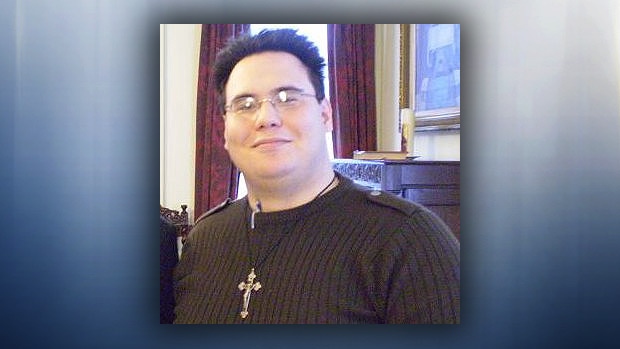 The accused in child pornography and luring investigation appeared in an Edmonton courtroom Tuesday.

Justin Coulombe, 33, was first arrested in late July, and he was charged with a number of luring and child pornography-related charges, along with charges of sexual interference and invitation to sexual touching, and sexual assault.

He was initially released from custody after police released details on August 1, but was arrested again on August 3 after more alleged victims came forward.

Justin Georges Stephen Coulombe, 33, is seen in this online image.

More charges of sexual interference and invitation to sexual touching were added, and he remained in custody.

On Tuesday, Coulombe made a brief appearance in court without a lawyer, and asked the judge to speak to the 13 charges he’s facing.

The judge told the accused that due to the serious nature of his charges, he should have legal counsel – before ordering a sheriff at the Remand Centre to give him access to a phone and help him contact a lawyer.

A Crown Prosecutor also told the accused they are applying to revoke a previous bail ruling, and keep him from getting bail again.

The case was put over to next week.