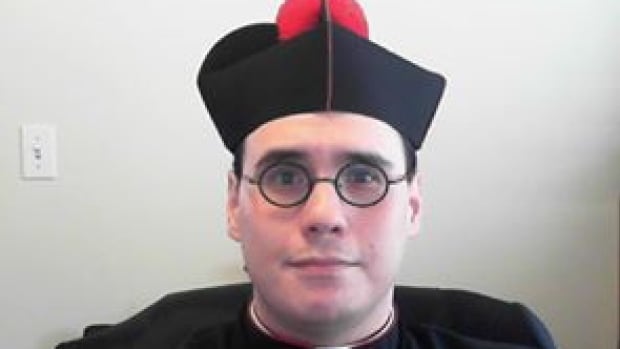 Justin Georges Stephen Coulombe, of Edmonton, pictured here in an undated photograph, was arrested by police on July 27. (Facebook)

“Just like anything else, there are a lot of people on the internet that make outrageous claims about people that they simply don’t like.”

Posts by vigilante justice groups attempting to out an Edmonton man as a pedophile were not enough to trigger an investigation, says the detective who oversaw the man’s arrest.

Coulombe, who often posed as a Catholic clergyman, was arrested on July 27, after an investigation by the Alberta Law Enforcement Response Teams (ALERT). 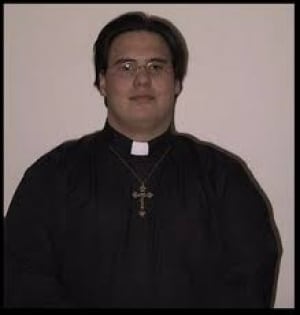 Coulombe poses as a Catholic clergyman, but is not associated with any diocese in Canada, ALERT said. (Facebook)

Months before his arrest, Creep Catcher-style organizations across Canada were publicly monitoring Coulombe, and had vilified him as an online predator and a high-profile member of pro-pedophilia internet forums.

Although the posts were circulating online for months, an official complaint was never lodged to police, said Det. Brian Cross with ALERT’s internet child exploitation unit.

“We found that information out at the early stages of the investigation. It’s not a deep, dark web secret about our suspect,” Cross said in an interview Wednesday with CBC Radio’s Edmonton AM.

Members of vigilante groups have no accountability and many of their claims rely on statements or anecdotes which can not be tied to a “place or time,” said Cross.

In the absence of concrete evidence, online predators can easily remain off the radar of law enforcement agencies.

“It’s good for intelligence, but without a viable complaint or witness or corroborating evidence, it’s not normally something we would normally be able to action,” Cross said.

“Unless there is something to corroborate that, or a witness associated to it, there’s not necessarily an investigation going to be initiated by it.”

ALERT’s investigation began in June after the mother of one boys came forward.

Coulombe and the boy had been exchanging graphic sexual messages online for several months, before the relationship became physical, Cross said.

The second boy was being sexually exploited online, but there was no physical contact.

Coulombe had an active online presence including many photographs which show him masquerading as a priest in full collar and other clerical clothing.

There is no evidence that Coulombe used his false identity as a priest to groom  or “access” his victims, Cross said.

However, investigators believe there could be more victims, and that the accused may have relied on his false identity as clergyman to exploit other children.

Cross describes the case as unusual and unsettling.

“We come across cases where people purport themselves to be in a position of trust or authority but I have not personally been involved in an investigation where we’ve come across somebody pretending to be a member of the clergy,” Cross said.

“Because of the prevalence of that online and how much he purported to be [a priest] in his life, it’s always a fear.

“We simply don’t know if there are other victims waiting to come forward.”