KENTVILLE, N.S.—Brent Hawkes’ lawyers conceded Tuesday that teenagers drank alcohol at the Toronto pastor’s Nova Scotia trailer during the mid 1970s, much to the prosecutor’s surprise.

Crown lawyer Bob Morrison had intended to call rebuttal witnesses to testify that other students, and not only the three witnesses who testified last week at Hawkes’ gross indecency trial, drank alcohol at his Greenwood, N.S., home.

But the defence said they didn’t disagree with the Crown on that point, so there was no need to hear from the witnesses.

“It was a bit of a surprise,” Morrison said outside the Kentville, N.S., courtroom on Tuesday, the fifth day of the trial. “That’s not what I had recollected (Hawkes’) evidence was . . . but the defence did concede that yes, in fact, he was aware that was taking place.”

Morrison and defence lawyer Clayton Ruby will make closing arguments Wednesday in a case that has challenged the memory of witnesses as they recounted events that happened more than 40 years ago.

Hawkes, a high-profile rights activist, has pleaded not guilty to charges of indecent assault and gross indecency. The charges stem from events in the mid-1970s when he was a teacher in his mid-20s in the Annapolis Valley.

The judge-alone trial has heard emotional testimony from a middle-aged man who said Hawkes led him down a hallway naked during a drunken get-together at his trailer and forced oral sex on him in a bedroom when he was about 16 years old.

But taking the stand in his own defence, Hawkes categorically denied the allegations.

“It’s not true. It did not happen,” Hawkes said last Thursday in a hushed voice, shaking his head.

The accuracy of the complainant’s memories and the memories of two other witnesses have been questioned by Ruby throughout the trial.

All three men have said they recall some things about the day in question, but other parts are foggy. Some details about a get-together at Hawkes’ trailer have differed among the three men.

On Monday, Ruby called a psychologist who testified that it is not uncommon for people with gaps in their memories to unconsciously insert memories and adopt them as real.

Timothy Moore, chair of the psychology department at York University’s Glendon College, spoke about “imagination inflation,” a phenomenon in which someone imagines an event in their mind and over time believes it to be true.

But under cross-examination, Morrison noted that Moore said people tend to remember events that are unique, significant or personal, and that incoherent or incomplete memories are not necessarily false.

Hawkes has sat in the front row of the gallery throughout the entire trial, intently watching testimony and often jotting down notes in a black notebook open on his lap.

Originally from Bath, N.B., Hawkes has been senior pastor at the Metropolitan Community Church of Toronto for 38 years. Considered one of the spiritual leaders of Toronto’s gay community, he is also known as a vocal proponent of same-sex marriage, and in 2007 was appointed to the Order of Canada.

The Crown had wanted to bring forward witnesses who would say that Hawkes made alcohol available to students who visited his home, but says the defence seems to be suggesting that it was available. 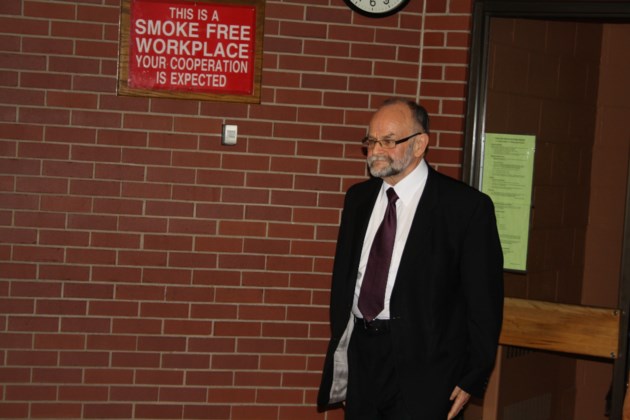 While he lost an application Tuesday to bring forward rebuttal evidence, the Crown attorney in the Brent Hawkes trial says he thinks he was able to get his point across because of admissions the defence made during the application.

Bob Morrison had been attempting to have two former West Kings District High School students testify that Hawkes, who is accused of indecent assault and gross indecency against a student at the school when he was a teacher there in the mid-1970s, made alcohol available to them when they were at his home for gatherings.

Hawkes had testified during his Kentville provincial court trial that he didn’t want students driving home drunk and didn’t give students alcohol, but added that didn’t mean they didn’t sneak some booze at events at his home that were attended by students and teachers. He said he only gave alcohol to teachers.

Testimony from at least one of three Crown witnesses indicated alcohol was drunk on the night of the alleged assault and that the alcohol came from Hawkes’s supply.

“There is no evidence before this court that there was service of alcohol by Mr. Hawkes to young persons at his trailer,” defence lawyer Annamaria Enenajor said. “There is evidence, and it’s not disputed by defence, that there was consumption of alcohol.”

Enenajor argued that Hawkes was only cross-examined on whether he served alcohol to students, not whether he made it available.

“That question wasn’t put to Mr. Hawkes on cross, whether he made it available. He was asked whether he served it, and he responded ‘no.’ ”

She said it would be “unfair” to attempt to bring forward evidence to disprove a question that wasn’t put to Hawkes on cross-examination.

Morrison told Tufts that he was surprised the defence was not disputing that alcohol was available.

Tufts ruled that the two witnesses could not be be brought forward to provide rebuttal evidence.

Outside court, Morrison said his intent was to have the witnesses provide evidence on whether alcohol had been consumed at Hawkes’s home by students other than the three who had already testified.

“At the end of the day, the defence suggested that they didn’t disagree with the evidence on that point, so there was no need to hear from these witnesses,” he said. “It was a bit of a surprise, but that’s how it worked out.”

Hawkes is accused of having forced oral sex with a teen on a night in the mid-1970s after the teen and two others showed up at his house.

The complainant testified that Hawkes suggested the students play strip caps after they had been drinking for some time. He said he was drunk and feeling odd, and Hawkes led him to a bedroom and sexually assaulted him there.

Two other witnesses, who were also students at the time, testified that they saw the complainant being led down the hallway.

The trial resumes Wednesday with the two sides presenting their closing arguments.