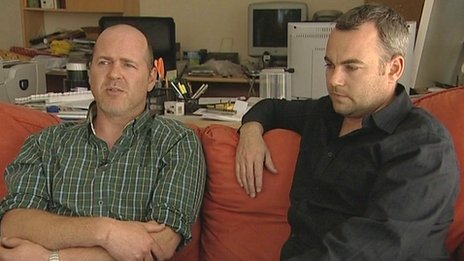 Two brothers have spoken of the repeated abuse they were subjected to by an East Sussex Anglican priest and their fight for justice.

Phil and Gary Johnson from Eastbourne were abused by the Reverend Roy Cotton, who worked for the Diocese of Chichester, in the 1970s and 1980s.

Cotton, who died in 2006, was ordained in 1966 despite having a conviction for indecently assaulting a choirboy in the 1950s.

“It was prolonged – it went on for years and years,” said Phil Johnson.

“It was regular, systematic and became completely routine in the most horrible sort of way you could imagine.”

He said Cotton had put himself “in a position where nobody questioned his motives”.

“As it turns out there are so many victims who’ve come forward I find it almost incomprehensible how he managed to do this,” he added.

At least 12 men have now revealed that they were abused by Cotton, who shared some of his victims with another priest Colin Pritchard.

Cotton also took boys to France where he visited a Catholic priest who took indecent photographs of the children.

“I can’t believe that firstly that it was allowed to happen and that nobody seemed to question it,” said Phil Johnson.

“It just shouldn’t be allowed for anybody really to, you know, take unrelated children away one-on-one to share hotel rooms.”

He later asked his younger brother Gary if he had had any encounters with Cotton and he also admitted to being abused.

“From that point on it was kind of like, I was rumbled,” Gary Johnson said.

“This had been my deepest, darkest secret – I’d never breathed it to anybody – and at that point my whole life had to change.

“Can you imagine going through life not trusting all those categories of people?”

The brothers waived their right to anonymity to criticise the church for failing to protect them.

A church-commissioned report by Baroness Butler-Sloss, released in May, criticised both senior clergy and Sussex Police over how they dealt with historical claims of abuse.

Following the report, the Bishops of Chichester and Lewes issued a joint apology for the abuse carried out by Cotton and Pritchard. 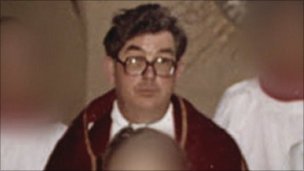 The Johnson brothers also received compensation from the church.

In December, the Archbishop of Canterbury’s office launched an inquiry into child protection policies in the Diocese of Chichester.

The Bishop of Chichester, the Right Reverend Dr John Hind, has welcomed the investigation.

He said: “We’re deeply and profoundly sorry for what happened and really ashamed on behalf of the church community.

“I think in safeguarding terms that’s actually a very dangerous policy, and I think one of the things we’ve learnt is that anybody may be an abuser.”

Phil Johnson said he now wanted an independent public inquiry into the abuse.

He said: “It’s been such a long slog – such an uphill battle – I don’t understand why a body supposed to represent everything that’s just and true and right can’t just put their hands up and be open and honest and share the truth with people, however embarrassing that might be for them.”