Reorganizing ourselves for Mission 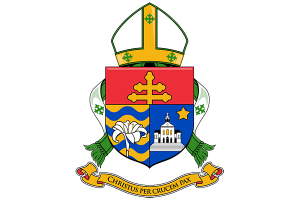 In recent weeks a notice has appeared in the newspaper making note of bill introduced at the current Session of the Nova Scotia Legislature which, if passed would re-organize the civil structure of the Roman Catholic Archdiocese of Halifax-Yarmouth. What does this mean exactly?

In December of 2011 the former Archdiocese of Halifax and the Diocese of Yarmouth were unified for purposes of Canon Law.

The corporation sole structure means that all real and personal property of the Church (including parish church buildings, cemeteries, etc.) in the province west of Pictou and Guysborough counties is vested in the Archbishop in his capacity as one or other of these corporations.

During the last several years, the Archbishop has been considering, in consultation with the priests and the faithful of the Archdiocese, how best to arrange the civil affairs of the Archdiocese and its parishes to better conform to Canon Law (which calls parishes to take greater responsibility for their temporal affairs) and respond to present day circumstances.

As a result of much reflection and consultation, he has concluded that a new civil structure, with a redefinition of the duties and responsibilities of the Halifax Episcopal Corporation, together with the establishment of parish corporations, each a separate legal entity, to deal with the temporal affairs of each parish, will best serve the needs of the Archdiocese and the Faithful.

This civil formalization of the union of Halifax and Yarmouth and a re-organizing of our parishes will help us provide a structure that moves us towards regaining our sense of Catholic identity in this local Church. By renewing our civil structure we can better focus our pastoral work on fostering healthy vibrant communities of faith, providing resources to spread the Gospel, equipping leaders for our communities, and increasing our sense of unity that enables us to live as Jesus Christ calls us to live.

This is a first step of a much longer journey that will require more than civil action. It will require a shift in thinking and a transformation of hearts; that will ultimately transform our Church. Archbishop Mancini asks that you join him in prayer for these efforts so that together we may bring to life Pope Francis’ dream of “a missionary impulse capable of transforming everything, so that the Church’s customs, ways of doing things, times and schedules, language and structures can be suitably channeled for the evangelization of today’s world rather than for her self preservation.” (Joy of the Gospel, #27)

For more detailed information on the bill being read at the Nova Scotia Legislature please click here. Questions can be directed to Deacon Bob Britton, (902) 429-9800 ext 307 or bbritton@halifaxyarmouth.org