This is a Google translation.  Scroll down for original French text 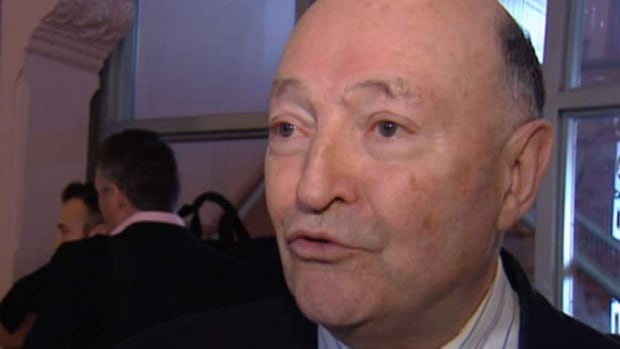 Jacques Faucher has been sentenced to house arrest and probation after being found guilty of six counts of gross indecency and indecent assault involving three boys in the early 1970s. (CBC)

During the sentencing the judge cited a psychiatric report showing Faucher no longer had a sex drive.

Faucher had retired as a Roman Catholic priest in 2013 when Ottawa police laid 14 charges of indecent assault and gross indecency against him. The offences were alleged to have involved five victims and occurred between 1969 and 1974 in Ottawa.

He was found guilty on six of 14 charges involving three of the five victims.

The victims, who cannot be named due to a publication ban, told CBC News they felt justice had not been served.

He taught at the Grand Séminaire as well as several high schools, and served as a French language consultant, according to his profile with the Archdiocese of Ottawa.

When Faucher was convicted in March 2016, the Archidiocese issued a statement saying Faucher’s suspension from the ministry and prohibition from representing himself as a priest would continue “indefinitely.”

A former Ottawa priest convicted of molesting three altar boys in the 1960s and 1970s has been sentenced to 12 months of house arrest.

The victims all told a similar story: Faucher would invite the boys to sit on his knee in private to pray or to watch hockey and he would start touching them. Court heard that he admitted to police that he had been sexually excited during these encounters, and that he sometimes ejaculated in his pants.

One of the victims told the court in a victim impact statement about the hatred and shame that “ate at me inside like a vile cancer” years after the abuse. Faucher apologized to his victims in court  last October for his sex crimes. He said, “I regret them sincerely,” and, in the same speech, also criticized the media for its coverage of sex-abuse scandals in the Catholic Church.

Thursday’s sentencing decision comes after Faucher was thrown back in jail last month on an allegation he visited a kids’ section of an Aylmer swimming pool nearly 100 times – a breach of one of the conditions of his release.

He visited the swimming pool 96 times between Nov. 24, 2015 and Dec. 22, 2016 while he was out on bail, according to court records. Faucher’s bail conditions prohibited him from visiting parks or swimming pools where people under 16 are expected to be present, however, the court permitted him to visit a public swimming pool in Lowertown only on Tuesdays and Thursdays for people 50 and older.

He was found guilty of the breach on Feb. 1 and was sentenced to 40 days in jail, according to court records from the Gatineau courthouse.

Justice Pierre Roger also sentenced Faucher on Thursday to 18 months of probation and read a list of conditions he must abide by while serving his sentence in the community. Faucher was also placed on a sex offender registry for 20 years.

The Crown had asked for a sentence of 18 months in jail, followed by three years of probation. The defence argued that a conditional sentence was more appropriate.