‘Where’s the justice in that?’ says alleged victim 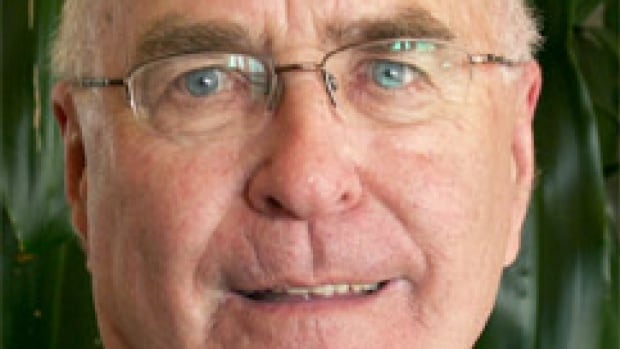 A Catholic priest and convicted pedophile from Winnipeg died this week, just as he was set to appear in court on new allegations.

An online obituary notice from family says Father Omer Desjardins died Dec. 4 at the St. Boniface Hospital in Winnipeg at the age of 85. He was due in court that same day.

News of Desjardins’ death doesn’t sit well with one of his alleged victims, who had been waiting for a trial to get underway — and for the ordained Oblate priest’s expected guilty plea — since breaking 28 years of silence and telling his story of abuse to police in November 2016.

Joe, who does not want his last name used, previously told CBC News he first met Desjardins in October 1988 when the priest was working as the night caregiver at Credo Home, a Winnipeg group home run by the Oblates of Mary Immaculate, a Roman Catholic religious community of priests and brothers commonly referred to as the Oblates.

Joe says Desjardins soon began coming into his bedroom at night to talk.

“Within a couple weeks, he was coming into the bedroom every night,” Joe told CBC News in January after Winnipeg police charged Desjardins with sexual assault, sexual exploitation and gross indecency for allegations of abuse against Joe that occurred between October 1, 1988 and July 31, 1989. “It started off he’d be rubbing your back. Eventually his hands would slowly start to move.”

The trial was set to start Jan. 16 but Joe says Desjardins’ lawyer has been able to delay the proceedings all year, and now that the priest has died, he won’t be able to find vindication through the courts.

“It’s very frustrating — I’ve gone to the courthouse 10 times, and he hasn’t shown up once,” Joe told CBC News this week. “There was so many opportunities to get him to come in and plead guilty — it wasn’t that hard — it was agreed right from the very start that he was going to plead guilty and they couldn’t close the deal and get him into the courtroom.

“I don’t even know how to express how angry I am at this.”

Desjardins moved to Winnipeg in 1986 after pleading guilty and serving time in 2015 for a 1978 sexual assault against a 10-year-old girl in a small community north of Saskatoon.

It was reading about that conviction that finally led Joe to go to police in Winnipeg.

He blames court delays, the church, and the legal system for allowing his alleged abuser to avoid admitting guilt in the months leading up to his death.

“It seems like the accused has far more rights than the victims of abuse,” he said. “I mean he’s 8[5] years old, they dragged this out for over a year. What did they think was going to happen?”

Joe is adamant Desjardins’ death is not a source of justice for him.

“What do we get? His charges stayed, it just goes away,” he said. “Where’s the justice in that?”