Man who embezzled more than $350,000 says he was exploited by former priest

A local archdiocese is advocating forgiveness for a former church administrator who embezzled at least $357,000 after the accused alleged he was “manipulated” and sexually abused by a former priest.

Leo McCaughan awaits his sentence after he pleaded guilty to fraud over $5,000 for writing himself fraudulent cheques, misappropriating donations and stealing cash from the church collection plate at St. Bernadette Parish for nearly five years.

Provincial court Judge Fred Sandhu has reserved his decision until a later date as he considers recommendations made Tuesday by Crown and defence lawyers. Crown prosecutor Terry McComb is seeking a sentence of 2.5 years, while McCaughan’s defence lawyer, Saul Simmonds, argued his client should be given a suspended sentence and avoid jail time because of the “exceptional circumstances” of this case.

Richard Frechette, spokesman for the Archdiocese of St. Boniface, said most of the stolen money — more than $300,000 — has been returned to the church.

Frechette couldn’t comment on the substance of the allegations against former St. Bernadette Parish priest Fr. Fred Olds, but he said the archdiocese is paying for therapy for McCaughan and is supportive of restorative justice in this case.

“There are certain allegations being made with regards to the former pastor, and those we are dealing with,” he said. “In keeping with that, the diocese is doing everything it can to be forgiving, because that’s what we preach, and (to be) compassionate to all those involved.

“This thing goes way further than just Leo. There’s a lot of people at the parish that are supporting him,” Frechette said, saying the church is trying to bring about healing.

McCaughan, in his early 40s, worked as an administrator at the Roman Catholic church on Cottonwood Road since 2003.

Fr. Olds, who worked as the parish priest there for about 20 years before he moved to St. Timothy Parish in St. Vital in summer 2015, is being investigated for impropriety by the Archdiocese of St. Boniface. He’s been suspended and can no longer work in the ministry pending the outcome of the investigation.

“If we can’t forgive, then there’s really something wrong with us. And it is about forgiveness and moving forward and trying to rehabilitate this person that fell off the wagon somehow.” -Richard Frechette, spokesman for the Archdiocese of St. Boniface

The allegations against Fr. Olds, which didn’t involve minors, were brought forward to the church in July 2016 and the church announced last fall it had begun an investigation.

McCaughan had previously admitted to defrauding the church out of more than $400,000, although the judge was told Wednesday the amount that can officially be traced back to him is about $357,000.

Between 2009 and 2014, he wrote himself more than 100 fraudulent cheques from the church’s account, which he had sole control over, and stole cash that was meant for charitable donations or building maintenance and repairs.

After his arrest for fraud in January 2016, McCaughan told police he had been “manipulated” by the former parish priest, and that a sexual encounter with him while McCaughan was in his late 20s became the “catalyst” for his financial crimes, as Simmonds told a courtroom half-full of McCaughan’s supporters on Tuesday.

Simmonds described what happened to his client as “sexual exploitation,” although he acknowledged it doesn’t meet the Criminal Code definition of the term, which only applies to an underage victim.

“He encountered a priest who preyed on him,” Simmonds said, describing the nearly five-year fraud as an expression of McCaughan’s “misplaced anger” after a period of self-harm.

Crown prosecutor McComb characterized McCaughan’s crimes differently. She said he told police he had a “not non-consensual” sexual encounter with a priest who gave him gifts, and that McCaughan began to steal from the church out of greed.

“When money stopped coming from the priest, he had gotten used to a certain lifestyle, and that’s when the fraud started,” McComb said, saying McCaughan “was generous with the money he stole” and had a lot of friends.

“I am ashamed of how I’ve hurt the church and its faithful.” -Leo McCaughan

The fraud was discovered during a church audit in spring 2015. McCaughan, knowing an audit was on the horizon, quit his job earlier that year.

McCaughan used the money for international travel, luxury goods, investments and vehicles including a 2015 BMW. If people questioned him about his expensive lifestyle, he would tell them he got an advance on his inheritance, court heard.

Judy Vermette, who worked with McCaughan at St. Bernadette Parish for several years until 2010, said she had no proof of fraudulent activity but brought up her suspicions in a meeting with Fr. Olds and McCaughan, to no avail.

“I was suspicious just by the way things were being handled. I thought there should have been more checks (and balances) in place,” she said Tuesday. “I didn’t have any actual proof, I never caught him with money in his pocket or anything. But there were some procedures that weren’t really being followed, so I had suspicions.”

McCaughan would make excuses when she questioned him on why the collection-plate donations appeared to be so low, she said.

“He’s a very likeable person and he had a lot of friends. People trusted him,” she said. But as a member of the parish, she said she believes in forgiveness.

“We definitely don’t wish him any ill will. It was just a really horrible circumstance and really sad that he abused people’s trust, but we firmly believe when people do things like that, there’s always deeper issues with them and their past, so we’re definitely a parish that has forgiven and moved on.”

Since McCaughan’s arrest, he’s co-operated with Manitoba Justice’s criminal property forfeiture process, which froze and liquidated his assets — including the sale of his home — so the money could be repaid to the church.

Frechette said McCaughan’s co-operation meant a speedier return of funds to the church.

“If we can’t forgive, then there’s really something wrong with us. And it is about forgiveness and moving forward and trying to rehabilitate this person that fell off the wagon somehow,” he said.

McCaughan told the judge he has seen the benevolence of St. Bernadette parishoners, many of whom were his friends, and is determined to “repay their kindness.”

“I know that I have wounded them spiritually,” he said. “I am ashamed of how I’ve hurt the church and its faithful,” he added, saying he prays for forgiveness.

Judge Sandhu has more than a dozen reference letters to consider from McCaughan’s supporters who spoke about him in glowing terms and don’t want to see him go to jail.

A sentencing date has not yet been set.

29 August 2017:  Archdiocese of Saint-Boniface Press Release re arrest and sentencing of Leo Coughan and references made at trial to Father Fred Olds 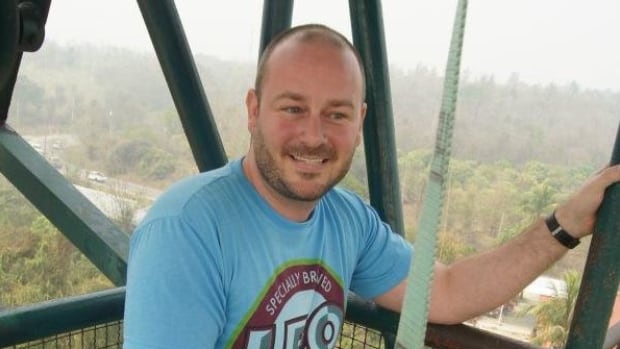 Former Parish of St. Bernadette administrator Leo McCaughan was arrested in 2015 after more than $350,000 disappeared from church coffers. (Facebook)

McCaughan was the financial administrator with the Windsor Park-area church between March 2009 and December 2014, when on 176 occasions he pocketed church funds for his own personal use.

​​Prosecutors are seeking a 30-month prison sentence for a former administrator at the Parish of St. Bernadette who admitted to defrauding the Winnipeg church of more than $350,000.

“He took advantage of the high regard he was held in, in order to commit the offences,” McComb said.

McCaughan was a former church administrator at the Parish of Saint Bernadette on Cottonwood Road. He has admitted to defrauding the Winnipeg church of more than $350,000. (Google Street View)

McCaughan wrote 112 cheques to himself and recorded them in a church ledger as charitable donations or fees for services such as snow removal for the church.

On other occasions he took money from church donation envelopes, including money earmarked for a church-building fund.

“The accused was on the fundraising team for the building effort,” McComb said. “He would know better than anyone where the money was intended to go when he took it,” McComb said.

McCaughan used the money to finance lavish international vacations, buy gifts for friends, pay off his mortgage and buy RRSPs.

When people questioned McCaughan about his new lifestyle, he claimed he had received an “advance” on an inheritance.

“He did it by choice,” McComb said. “He had every opportunity to reconsider what he was doing and stop.”

Simmonds said McCaughan’s crimes were a response to being sexually preyed upon by a now ex-priest when he was in his late 20s.

“This was acting out, not so much against the church, but against the man who wronged him,” Simmonds said. “This is not somebody who acted out without anger, though the anger was misplaced, I accept that.”

Court heard McCaughan left the church when he realized an upcoming audit would uncover his crimes.

Since his arrest, McCaughan has been open with the church community about what he did, co-operated with authorities to recover and return most of the stolen funds, and has undergone extensive counselling, Simmonds said, noting the counselling was paid for by the church.

Simmonds provided the court with several letters of support, including one from the Archdiocese of St. Boniface, urging the court not to sentence McCaughan to jail.

A conditional sentence is not available to McCaughan under changes to the Criminal Code. Simmonds argued Judge Fred Sandhu could instead impose a suspended sentence and achieve the same result.

In a prepared statement, Richard Frechette, spokesperson for the Archdiocese of St. Boniface, said the church was “deeply saddened” by the events leading to McCaughan’s arrest, but accepted “what the legal system has determined as an appropriate response.”

Sandhu will sentence McCaughan at a later date.