By the time Rev. William Hodgson Marshall was sexually abusing Rod MacLeod at a Sudbury high school, he’d already been shuttled away from three previous complaints.

That was the solution to the Marshall problem by the Basilian Fathers of Toronto, who moved the priest from place to place and away from the young people he victimized.

Those decisions helped shape what is believed to be the largest civil award in Canada given to a victim of priest abuse.

Included in the $2.57-million judgment decided on by a Toronto jury this week is $500,000 in punitive damages against the Roman Catholic church, an amount that has far exceeded any previous amount in Canada.

“This changes everything,” said London-based lawyer Robert Talach, of Beckett Personal Injury Lawyers, who represented MacLeod at the trial. “Victims are not going to walk out with little pieces of silver anymore from settlements. This changes everything for people who have been hurt by the church.”

Talach, who specializes in church-related sexual abuse cases, said that to this point the church had “only been required to pay for the damage they caused victims but have never been fined or punished for their institutional conduct and complicity.”

In this case, however, the jury specifically spelled out in its decision why it was awarding punitive damages. They included:

Talach said the total judgment “is larger than all the other judgements I’ve attained at trial ever.”

Marshall, who died at age 92 in 2014, was known as “Happy Hands” for his habit of touching students he taught when he was a gym teacher.

He would touch boys in his office, dormitories, school showers and church rectory.

He served in Rochester, N.Y., Toronto, Windsor, Sudbury and Sault Ste. Marie. The jury heard that Hodgson was reported six times to his superiors — as far back as 1947 — but was allowed to continue as a priest.

The jury heard that in 1996, Marshall admitted in a report to his superiors that he had abused 90 boys over his career.

Marshall pleaded guilty in 2011 to 16 counts of indecent assault of minors and one count of sexual assault for crimes committed between 1952 and 1986 when he taught at Assumption and Holy Names high schools in Windsor and at other schools in Toronto and Sudbury.

He was sentenced to two years in prison and an additional six months of house arrest for two counts of sexual assault on boys in 1959 and 1961 that he pleaded guilty to in Saskatchewan in 2013.

He was removed from the priesthood at his request in 2013.

Marshall was a member of the Basilian Fathers of Toronto, a Roman Catholic religious order that operates on three continents but is based in Toronto.

MacLeod, 68, was student at St. Charles high school in Sudbury from 1963 to 1967 when he was victimized by Marshall.

“The problem was I was came from a very strong Catholic family and was taught the priest could do no wrong,” he said.

When Marshall would come to their home to pick up MacLeod, his parents were “overjoyed.”

Throughout his life, the emotional and psychological pain from the abuse “bubbles up inside me.”

“That’s been the story of my life. I have great success and then it just falls apart because of this energy inside that says, ‘Look, you are not worth anything,’” he said.

The court process was gruelling and forced MacLeod to re-visit the abuse over and over again. “Finally we’ve reached the end here,” he said.

His hope is that the Basilian order will rethink how it treats sexual abuse victims and “listen to their hearts and the teachings of Jesus Christ.” 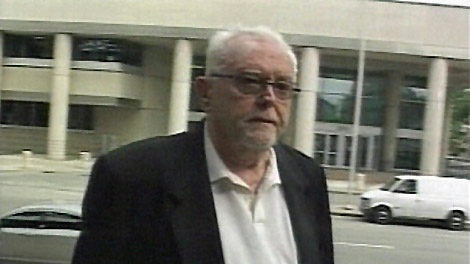 A victim of sexual assault by a Basilian priest, who once taught in Windsor, has been awarded more than $2.5-million by a Toronto jury.

The abuser was Father William Hodgson Marshall, who in 2011, was convicted of abusing 17 young people over his 38-year career.

The Basilian Fathers of Toronto have been ordered to pay the sum of $2.5-million to Rod Macleod, who is now 68 years of age.

Macleod’s lawyer, Robert Talach, says the abuse happened in Sudbury from 1963 to 1967.

The Basilians are a Roman Catholic Religious Order of priests who operate on three continents, including all of Canada and the United States, with their headquarters located in Toronto, Ontario.

The Diocese of London has no comment on this court decision.