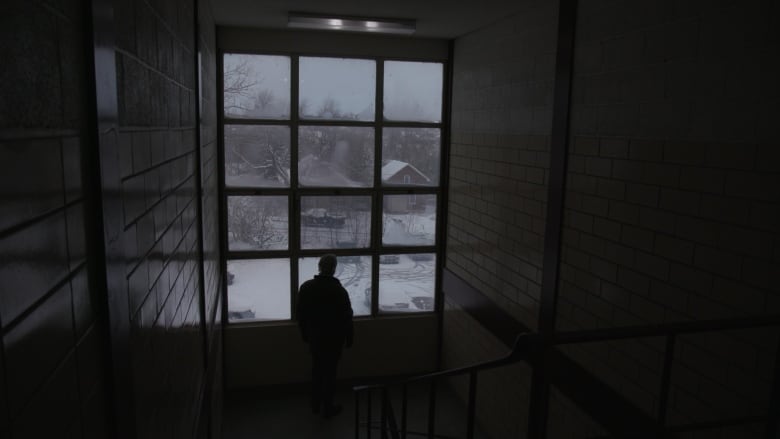 Rod MacLeod was sexually abused by a Basilian priest, starting when he was 13 years old. His battle for justice is the subject of a new documentary film, called Prey. (Border City Pictures)

When priests are found guilty of sexual abuse, the Roman Catholic Church follows a familiar script: offer money to the victim, settle out of court and avoid a public trial.

Instead, he hired Rob Talach, a lawyer based in London, Ont. — known as “the priest hunter” — and insisted on his day in court.

This legal case is the subject of a film called Prey, which premieres this month at Hot Docs, Canada’s largest documentary film festival.

Watch the film trailer below.

‘He’d start by tickling you’

MacLeod was a 13-year-old student at St. Charles College, an all-boys school in Sudbury, Ont., when his physical education teacher, a Basilian priest named William Hodgson Marshall, began to sexually assault him. The attacks continued for four years.

The school’s gym was located down the hall from the showers, and students had to pass Father Marshall’s office en route.

“That’s where he would grab you and pull you in,” MacLeod told The Sunday Edition host Michael Enright.

“He would kind of pin you between his desk and his chair. He would put his leg up so that it was like an enclosure … and then he’d start by tickling you and then very quickly it would be down into the shorts, and so on.”

Marshall also regularly pulled students into an empty classroom, locked the door and assaulted them.

Priest showed up at victim’s home

MacLeod said when he learned how to avoid him at school, the priest started to show up at his home, which his staunch Catholic parents considered an honour.

He would take MacLeod for “driving lessons,” then park the car and attack him. 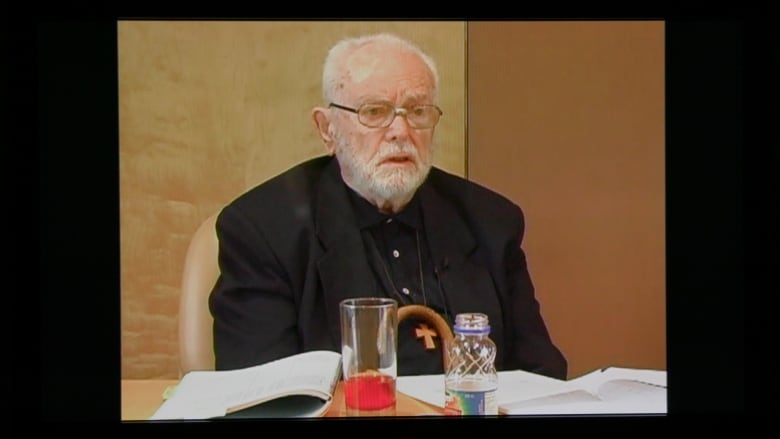 “The pattern that is in play in many of these cases is identical,” Talach told Enright. “I’ve joked before that it must be a night school course at seminary because many of the perpetrator priests employ the same mechanisms to get at their victims.”

Talach added that developing a relationship with the victim’s family offers predators a “firewall,” because parents develop an affinity for the priest that — in addition to their religious loyalty and faith — stops them from reporting the abuse to higher authorities.

“And then, of course, there’s another firewall, that if it does get to the ears of the hierarchy of the church, it’s a pretty safe bet that they’re going to … simply move him,” said Talach, who has dubbed this “the silent shuffle.”

It happened to Marshall, who was transferred to four different communities, but each time remained a teacher with access to potential victims.

Prey features never-before-seen footage of Talach questioning Marshall during his deposition, as the priest calmly confesses to four decades of serial sexual abuse of young boys.

In audio provided by lawyer Rob Talach’s office, Talach interrogates Father Marshall during his 2012 deposition. Marshall admits to sexually touching boys at most of the schools where he was a teacher, and says he ‘imagines’ he knew it was a criminal offence at the time. 1:34

“It was a very surreal moment to sit across from a perpetrator priest,” said Talach, “and to take the priest’s confession, in a sense.”

Only about one per cent of cases involving sexual abuse by priests goes to trial, and MacLeod said the church could have avoided it in his case.

“I could have been persuaded not to go forward if I’d felt there was a contrite heart, a true sense that they were sorry and something like this would never happen again,” he said.

“But all I got was, here was another corporation that was protecting all of their assets right to the very letter, dragging things out as much as possible, being less than forthcoming, being less than helpful. So the more I experienced that, the more determined I became to see it through.”

‘There is a cathartic effect to litigation’

Talach said the average amount the church pays its victims is $250,000, “so these aren’t lottery wins.”

In MacLeod’s case, the church tried to abort the trial midway through with an offer of $1 million.

Talach had warned him the legal proceedings would be long and difficult, but added that “there is a cathartic effect to litigation beyond the money.”

The jury awarded Rod MacLeod almost $2.6 million, including a landmark ruling for punitive damages of $500,000.

“There really hasn’t been a cost to the church other than paying for the spilt milk in these situations,” said Talach.

“In most of these cases, they’re paying cents on the dollar as to what the real life effect was on the victim. The church in Canada has never had to pay a fine or be punished and no one has spent a day behind bars, from the hierarchy.

“So when we talk about punitive damages, that’s where we start to get that punishment piece — or penance, to use their language – which is more than due here.”

It’s in their DNA to do the wrong thing.

Neither MacLeod nor Talach is surprised the church has appealed this decision.

“I’ve dealt with them now for 17 years, the Catholic church as a whole, and you can count on one hand the number of times they’ve done the right thing,” Talach said. “So, you know, it’s in their DNA to do the wrong thing.”

MacLeod said he was encouraged at first to hear about the actions Pope Francis was taking against sexual predators in the church, but became discouraged again when the Pope announced that forced celibacy for priests would continue.

“You want some outcome that leads to prevention,” Talach said. “The all-male celibate priesthood needs to go. You need to be like any other occupation in this nation: men, women, gay, straight, trans, single, married, blended family. Just open the doors and fix the problem.”