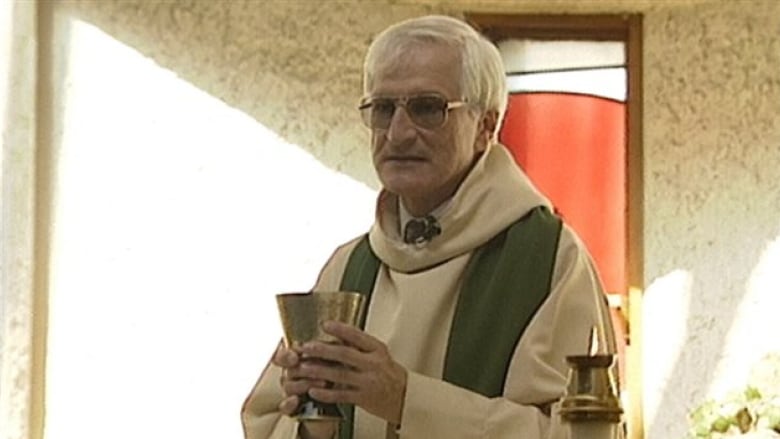 Ron Leger, the former head of the Holy Family Parish, has been sentenced to two years behind bars in connection with sex assault and sexual interference charges stemming from incidents between 1984 and 2004. (CBC)

The former priest of a St. Boniface parish has been sentenced to two years behind bars for sexual assault.

Last July, Ron Leger pleaded guilty to three counts of sexual assault and one count of sexual interference with someone under the age of 16.

Leger, 77, used to lead Holy Family Parish and founded Teen Stop Jeunesse. He was defrocked by the church last summer.

The charges against Leger relate back to a series of incidents that occurred between 1984 and 2004.

As a condition of his sentence, Leger’s name will be added to Canada’s national sex offender registry.