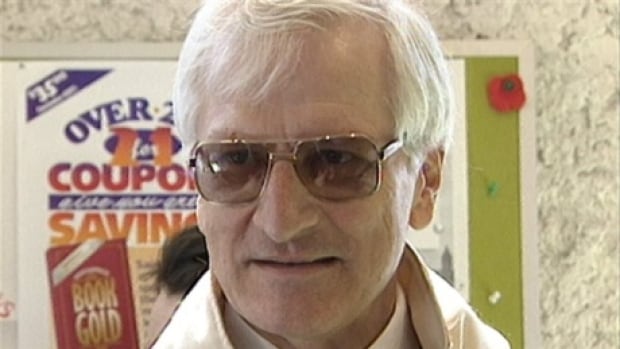 Four men have come forward to CBC News alleging Ronald Léger sexually assaulted them when they were children, from the early 1980s to the early 1990s. (CBC)

New allegations of sexual assault have emerged against a Winnipeg priest and convicted sex offender, CBC News has learned.

Four men have come forward alleging Ronald Léger sexually assaulted them beginning when they were children aged 10 to 12, during the 1980s. All frequented the youth drop-in centre he founded, Teen Stop Jeunesse (TSJ).

“When I look at it now, the place was just a giant spider web,” said one of the men. CBC News is protecting their identities because of the nature of the allegations.

‘Everybody wanted to be around Ron.’ — Unidentified alleged victim

“You put a whole collection of kids there, and then there’s some he could go farther with and some that he wouldn’t, right? And I think he was a smart predator,” he said. “He would just slowly test the boundaries, I guess.”

All four men have given statements to Winnipeg police. Sources confirm Léger was arrested on Wednesday and charges are pending. Léger’s lawyer, Saul Simmonds, said he was not in a position to comment.

The men described similar patterns of grooming and alleged molestation by the Catholic priest.

“He always had cigarettes for the kids, so if you needed a cigarette you’d go up and see Ron. Go into Ron’s office and have a smoke and sit on his lap,” said a second man.

‘He’s got victims that don’t even know they were victims.’ — Unidentified alleged victim

Three of the men told CBC News they didn’t initially realize that Léger’s actions toward them were inappropriate.

“I really don’t remember how I felt back then,” said one man. “I was not really reaching puberty yet, I wasn’t sexually active… And that was probably one of Ron’s things that he did. He started targeting kids before they became sexually active and knew what that was.”

“He would just touch you, like feel you, grab you,” he said. “He’d try and just get a quick feel in there, right?”

The groping became so commonplace one of the men likened it to a handshake.

“It almost got to the point where it was like when you greet somebody, you greet somebody with a hug or a handshake you know, and Ron would want a hug. Or you’d sit on his lap, and he’d say a couple little statements, and he went for a feel.” 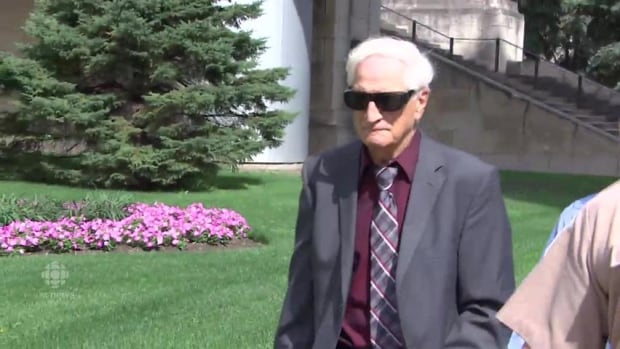 The men believe they have suffered personal and professional setbacks as a result of the alleged abuse. In some cases, they say they are only now realizing the extent of the impact it had on their lives.

The men say they decided to come forward because there are others who they believe suffered worse abuse at Léger’s hands.

“For the ones that may not come forward,” said one man, “I’m able to, and I don’t think some of those guys are able to.”

“He’s got victims that don’t even know they were victims,” he said. “I didn’t admit I was a victim, forever. Didn’t want to.”

They also want answers and accountability from the church and the community.

“It was not just about going after him but the whole f–king organization for letting it happen. For turning a blind eye, as if none of these f–king people knew,” one man said.

“They allowed it,” he added.

This isn’t the first time Léger has faced these kind of charges. He pleaded guilty in July 2015 to three counts of sexual assault in a case that involved three male victims. One count of sexual interference was stayed in the case.

Two of the men were assaulted in the 1980s, at the drop-in centre. The other was assaulted in 2002 to 2004 when Léger was his family’s priest, according to two civil lawsuits filed by his victims.

Léger was sentenced to two years in prison for those assaults.

In September, his application for full parole was denied. A federal parole board determined he is an “undue risk.”

Instead, the board voted to grant him day parole for six months after determining Léger had a one-in-five chance of reoffending and he scored “just over the low threshold” as a moderate risk to reoffend sexually.

In addition to starting the youth drop-in centre, Léger is the former head of Holy Family Parish.

Before founding TSJ, he ran an informal drop-in centre at his Des Meurons Avenue home and operated Ron’s Drop-in Centre on Sterling Avenue in the 1970s. He was a high school teacher at Charleswood Collegiate and College Saint-Boniface.

Following his conviction, the Archdiocese of St. Boniface stripped Léger of his right to work in the diocese. His order, the Montreal-based Clerics of St. Viator, confirmed it has begun the process of defrocking Léger.

A spokesperson for the Archdiocese says he will release a statement on the latest allegations once charges have been formalized.

“Teen Stop is a modern secular youth services centre where all staff are properly vetted and all requisite background checks are made, without exception. We are here for, and have the support of, the community we serve, and are proud of the work we do.”

With files from Katie Pedersen