‘He was a monster’: Alleged victim of priest Camille Leger explains why he’s suing church

At least 32 civil suits before courts against Leger, and lawyer thinks they’re ‘tip of the iceberg’ 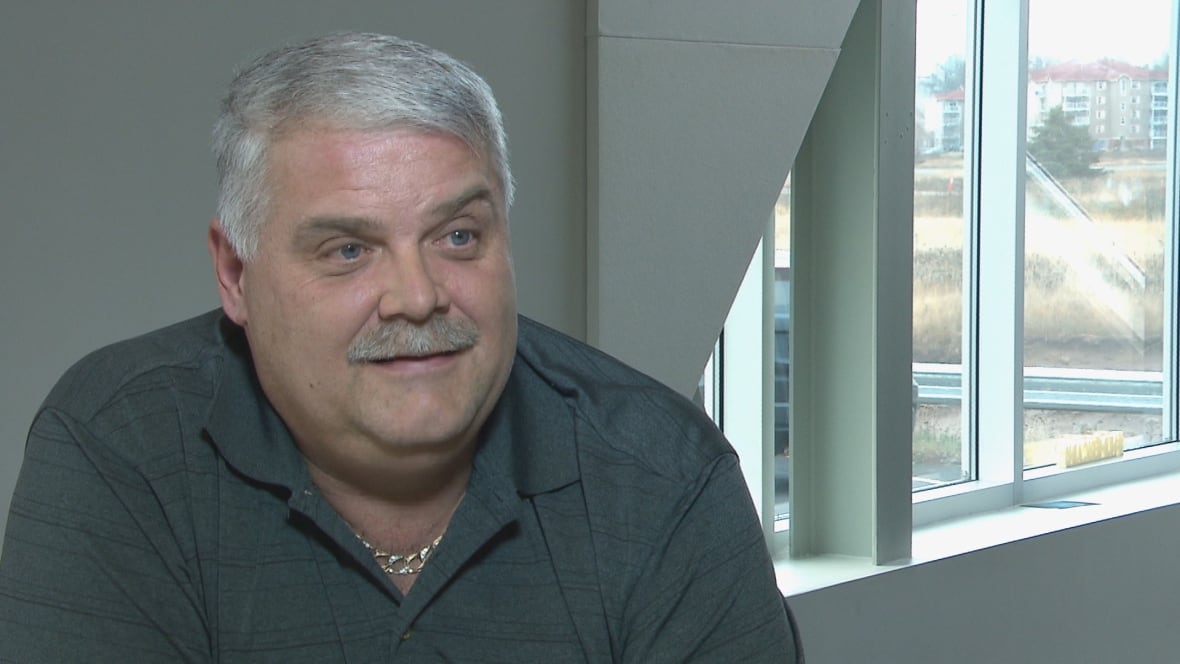 Jean-Paul Melanson, now 51, said he was six-years-old when the abuse started in Cap Pelé. (CBC)

An alleged victim of priest Camille Leger says he chose to sue the Moncton archdiocese because the amount he was offered in the church-sponsored conciliation process couldn’t compensate for the abuse that began when he was six.

Jean-Paul Melanson is one of at least 32 men who have filed civil lawsuits targeting Leger, since the church hired retired judge Michel Bastarache to lead an extensive and confidential conciliation process from 2012 to 2014.

“He was a monster for me now,” said Melanson. “If you look at that, he was not a person. He was not normal at all.”

Many of Leger’s victims received compensation through that process, although the exact number is being kept confidential.

Some estimate the Cap Pelé priest could have abused hundreds of boys between 1957 and 1980, the years he served at the Sainte-Thérèse-d’Avila parish.

Now 51, Melanson took part in many church activities in the 1970s. He was an altar boy and a boy scout, both supervised by Leger. He said the children were aware of Leger’s behaviour. 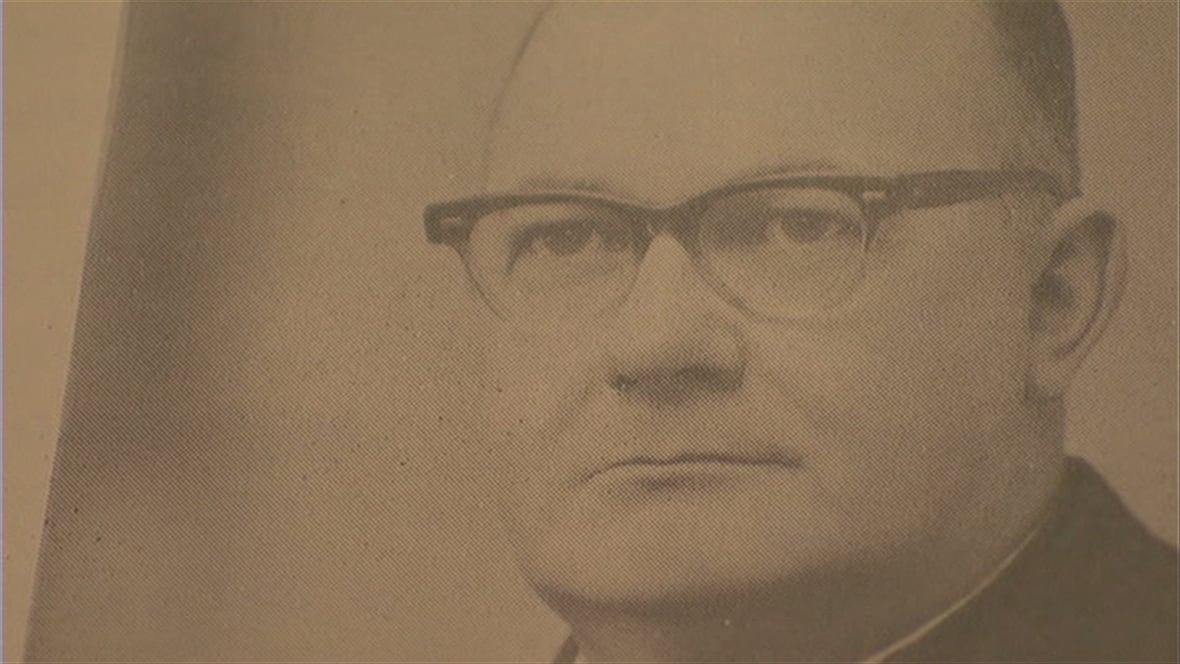 A lawyer for victims thinks Leger could have been one of the most prolific child abusers in the Catholic church, with hundreds of victims. (CBC)

In fact, he said, whenever Leger took them on church-organized trips out of town, there would be arguments among the boys as to who would have to share a room with the priest.

Melanson said Leger began to abuse him when he was six years old, younger than most of the others who have filed claims.

He said Leger continued to prey on him until he was 13, and the abuse could occur up to four or five times a week.

Camille Leger has been described as someone who had a disproportionate amount of power and influence over the community in Cap Pelé.

His father was Antoine Leger, a lawyer, MLA for Westmorland County and a minister of finance from 1925 to 1935, when he was appointed to the Senate. Camille Leger’s brother was a doctor in the community.

“Camille was an authoritarian, he was someone with a very strong personality,” said Moncton lawyer Rene LeBlanc, who has 18 active civil lawsuits against New Brunswick priests. 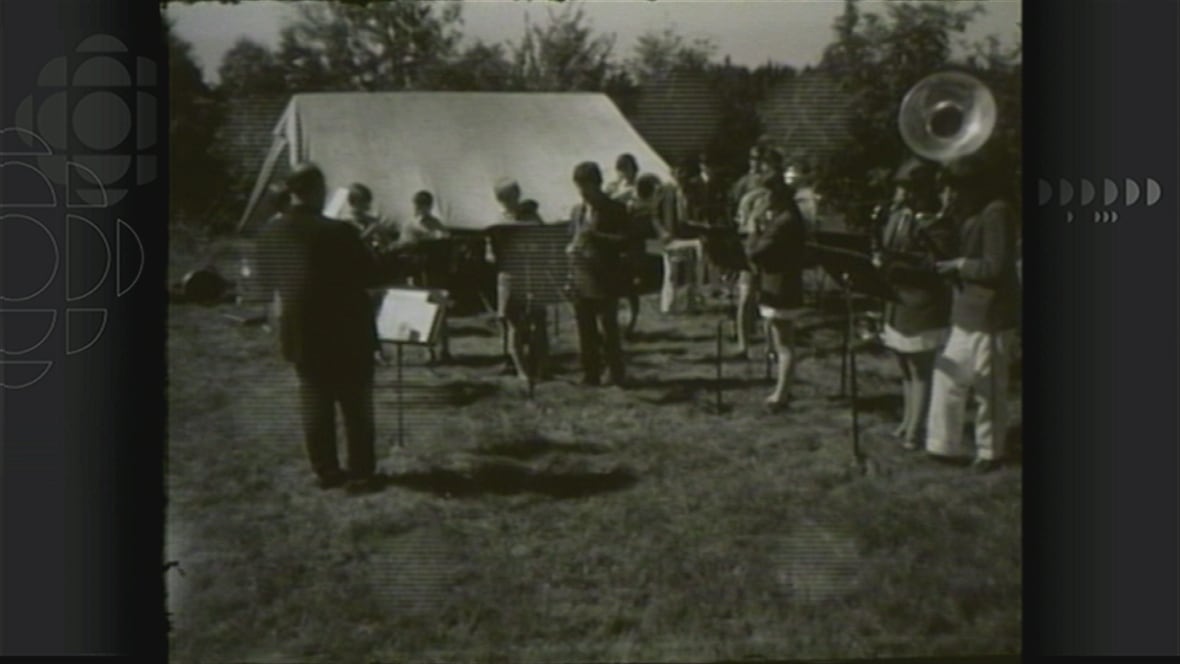 Leger, here pictured leading a choir group, was involved in many activities, including choir, boy scouts and hockey. (CBC Archives)

LeBlanc said Leger was able to develop a real “infrastructure” within Cap Pelé, that enabled him to abuse boys “24 hours a day.”

“He was involved in everything. He had the scouts, the boys choir, he ran a music camp,” said LeBlanc. “And he also had a camp — that was an actual physical location with an indoor pool, where he would bring kids every day. He would fill his giant vehicle, with six or seven kids, and he would bring them there, he would make them swim in the nude, he would abuse one a night, or two, and he would do this almost all the time.

“It was like a full-time job, I’m surprised he was able to do anything else to be honest.”

Leger managed to stay at the Sainte-Thérèse d’Avila church for more than two decades.

“People were scared of Camille,” said LeBlanc. “He was essentially the local king, is the way some people describe him.”

Melanson said he and other children were afraid of Leger.

“He was scary. You’re just a puppet there you. You have to do what he said and that’s it,” he said.

Melanson said children who were able to put up with the abuse were “rewarded” with trips.

“Sometimes we went to Toronto, sometimes Montreal, Quebec. I went to Boston, Newfoundland, St-Pierre and Miquelon,” he said.

But it wasn’t much of a reward, as more abuse would happen during the trips. Leger always made sure to bring an uneven number of boys so one would have to share a room with him. 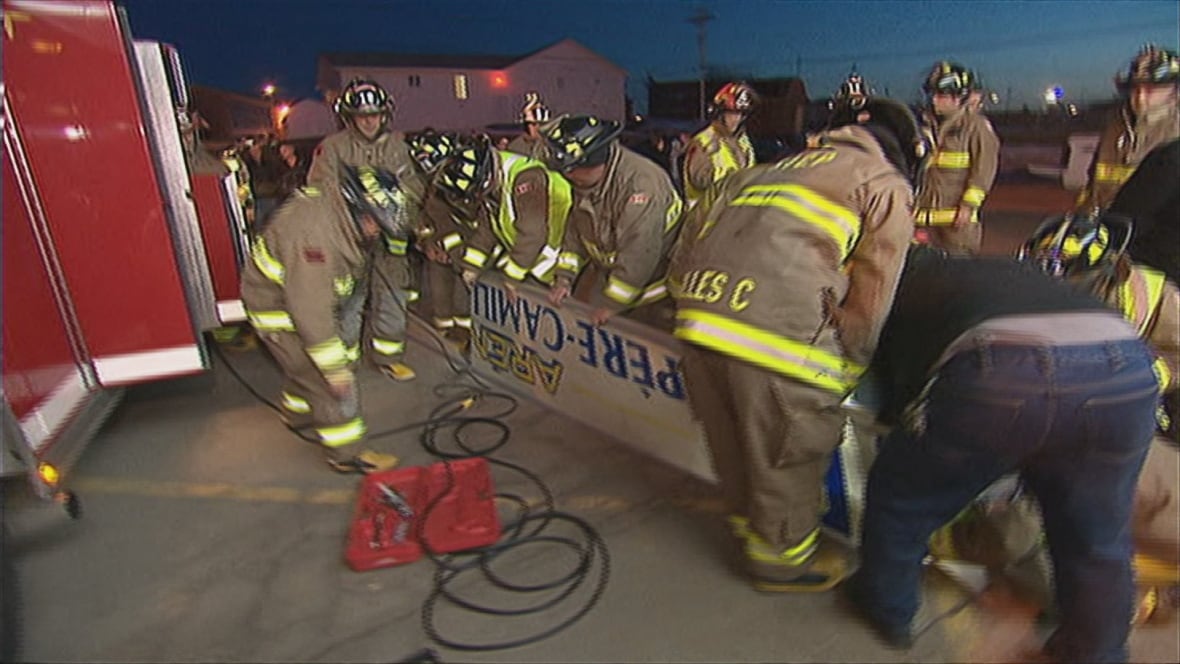 In 2012, the village of Cap Pelé voted to remove Camille Leger’s name from its arena after allegations of sexual abuse surfaced publicly. (CBC)

He said Leger would also buy them gifts from time to time.

When he was nine, Melanson told his story to another priest during confession.

He said, ‘You don’t talk like that about a priest.’… I knew I had no more door to tell nobody.– Jean-Paul Melanson, alleged victim

“I told the priest … what happened and everything. He said ‘You don’t talk like that about a priest. It’s not a sin. You don’t say that. Shut up with that.’… He pulled me by the neck and he gave me a slap on the face, and I pissed in my pants, I was so scared.”

“I knew I had no more door to tell nobody.”

Melanson said he kept silent for almost 40 years after that, often blaming himself for what happened.

He only told his wife and children five years ago. 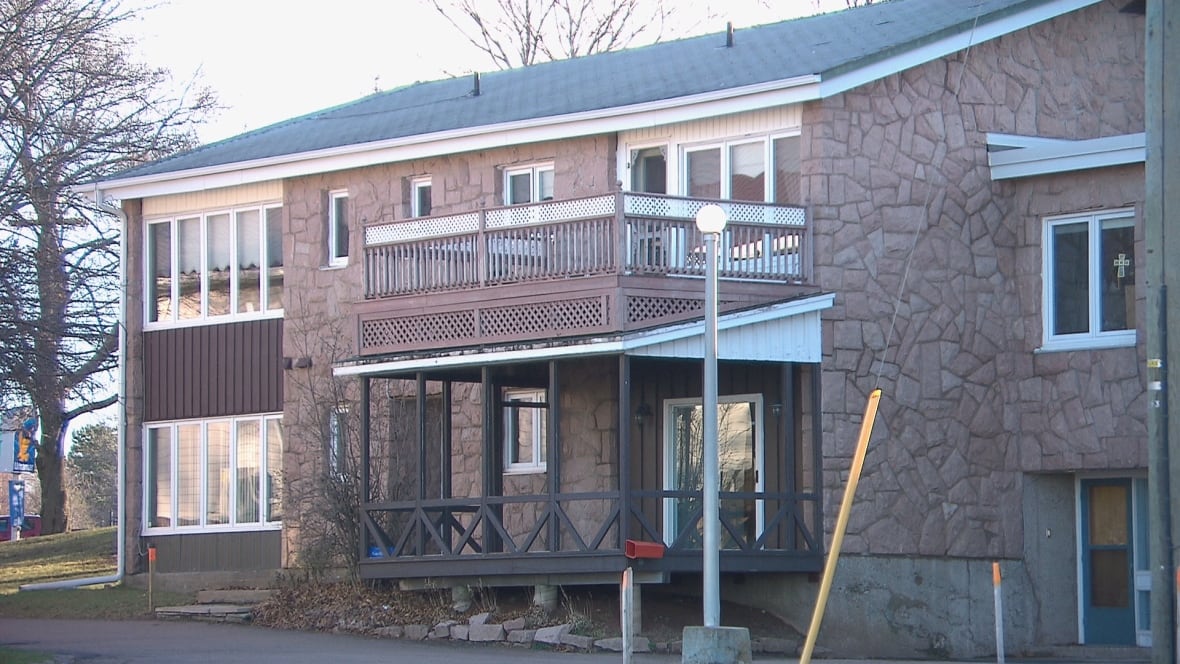 Much of the abuse is alleged to have happened in the presbytery of the Sainte-Thérèse-d’Avila parish, where Leger was priest from 1957 to 1980. (CBC)

In March 2012, Camille Leger’s name was removed from the sign on the village arena. Aréna Père-Camille-Leger became Aréna de Cap-Pelé after allegations began to surface publicly for the first time.

Melanson said it was after that night, when he saw others had experienced the same thing, he decided to tell his story to his family.

He was 45. It was the first time he had told anyone after that first attempt in the confessional.

‘Tip of the iceberg’

Lawyer Rene LeBlanc believes Leger could have been one of the most prolific abusers in the church’s history.

He estimates there could be hundreds of victims out there, and more lawsuits will be launched in the months, and possibly years, to come.

“I think it’s probably the tip of the iceberg. Hard to say, but there’s definitely more out there. Based on everything that I’m hearing, the amount of access that he had, and the amount of time and effort that he put into this,” said LeBlanc.

“Everybody has their own rate at which they face this, and whether they even can,” he said.

CBC News discovered at least 56 lawsuits currently before the courts alleging sexual abuse at the hands of catholic priests throughout New Brunswick. 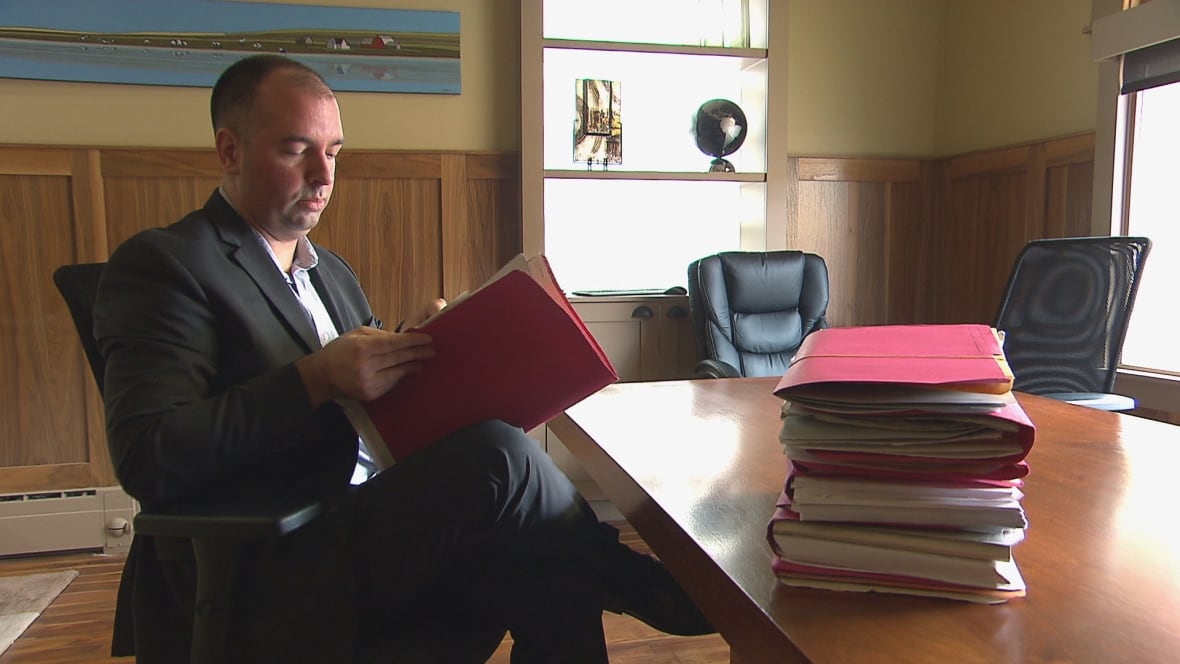 Lawyer René LeBlanc believes there will be more lawsuits from victims of Camille Leger in the coming months. (CBC)

The Archbishop of Moncton, Valery Vienneau is also named in Melanson’s lawsuit, accused of failing to take appropriate action to help victims once he became archbishop in 2012 and had been made aware of allegations against Leger.

In a statement of defence filed with Moncton’s Court of Queen’s Bench, it is stated that once the archdiocese became aware of there being several victims of Leger, it undertook a counselling and conciliation process, which Melanson failed to avail himself of.

The archdiocese also said it has accepted statements from victims that have come forward in good faith in recent years, but denied allegations it knew of sexual assault committed by Leger at the time.

Vienneau said he was sorry for what happened to victims many years ago, but he could not comment on the specific case.

Leger never faced any criminal accusations while he was alive and was never convicted, as all his accusers came forward after his death in 1990. 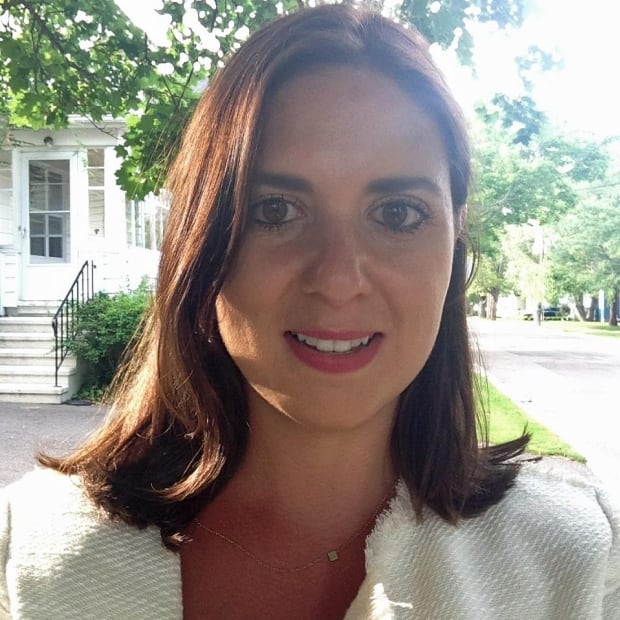 3 Responses to ‘He was a monster’: Alleged victim of priest Camille Leger explains why he’s suing church