“Fr. Joe LeClair gets one year behind bars” & related articles The popular Ottawa priest who pleaded guilty to fraud and theft charges has been sentenced to 12 months in jail.

Father Joe LeClair’s actions first came into question more than a year ago for allegedly defrauding parishioners of more than $130, 000.

Many parishioners have supported LeClair while investigations into the financial crime were taking place.

More than three dozen were said to be in court for the sentencing today.

LeClair also faces one year probation once the time behind bars has been served.

The Archdiocese of Ottawa issued a statement saying it will not comment on LeClair’s sentencing taking place this morning.

RECAP: Father Joe LeClair has been sentenced to one year in jail and one year probation for defrauding parishioners at Blessed Sacrament Church in Ottawa’s Glebe neighbourhood

Father Joe LeClair sentenced to a year in jail 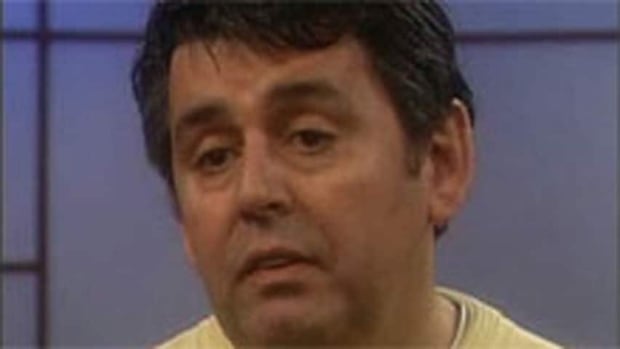 Father Joe LeClair was sentenced to a year in jail and a year’s probation for fraud on Wednesday morning.

A popular Ottawa priest who stole $130,000 from his church will spend one year in jail for his crimes.

He was sentenced to one year in jail and one year probation in an Ottawa courtroom on Wednesday morning, with Ontario Court Justice Jack Nadelle saying that breach of trust and the amount of money played into his decision.

Leclair and dozens of supporters got together in a courtroom for a private meeting after the sentencing was handed down, according to the CBC’s Steve Fischer.

Crown prosecutor Peter Napier had argued at LeClair’s sentencing hearing in January that the priest should spend 18 months in jail for his breach of trust.

But defence lawyer Matthew Webber argued LeClair was addicted to work, which fuelled heavy drinking that enabled his gambling. LeClair should serve his sentence in the community rather than jail, Webber argued.

LeClair was the kind of leader who drew people in, but his criminal confession has pulled parishioners apart, said Thea Boyd. She used to travel from Blossom Park in south Ottawa to the Glebe for church — specifically for LeClair.

“He just drew you in, and right away your faith was restored. He just had that charisma about him,” she said.

Now that he’s gone, Boyd said that she and other parishioners have been looking for another place to worship.

Father Galen Bank, who came to Blessed Sacrament a year and a half ago said “there’s no question” that attendance has fallen at the church since a fraud investigation was launched in 2011. But Bank said the church’s finances and number of parishioners has been stable since he arrived.

The Archdiocese of Ottawa has promised to work with LeClair in his recovery. In a statement issued after his guilty plea, Archbishop of Ottawa Terrence Prendergast said that LeClair was “courageous” to admit his addiction.

“Aware of his many talents and his 25 years of effective pastoral ministry, we will work with Father LeClair in his desire to return to the exercise of his priestly ministry,” the statement said.

The Archdiocese said Wednesday it would have no comment on the sentencing, referring the media back to that January statement.

Editorial: The quality of mercy

At the centre of the Lord’s Prayer is the concept of forgiveness. It is one of the most appealing and powerful tenets of Christianity: The effort to forgive those who have wronged us, no matter the crime, raises us all up.

Never more is that example needed than today. We live in unforgiving times. In some places, people are executed by lethal injection or by a single bullet to the back of the head. People strap explosives to their bodies and exact revenge upon the innocent.

Punishment and retribution seem more the order of the day.

What’s the right path to take? If we shrug at crimes, society loses its ability to designate certain behaviours as unacceptable. But if all we do is punish, and mete out forgiveness only to those we deem deserving, the quality of our mercy is strained.

The case of Father Joe LeClair makes us contemplate this conundrum. Many letter-writers to the Citizen have written of their own struggles with the question of how to feel about this case, or of their conviction that he’s either deserving of forgiveness, or not.

The priest, who was supposed to be a faithful shepherd for his flock, took large sums of money from his church. He gave in to his own impulses and gambled some of that money away. These are not insignificant transgressions; they represent a breach of trust.

And yet, many of the very people he has wronged are calling out for leniency. They know what he has done to them, but they also know what he has done for them. LeClair has a unique ability to minister to his charges. He comforts them and he guides them. He is also able to bring new people into his flock and offer them the spiritual guidance they have been seeking. We know this through the testimony of the many people who have stood up for him, even though the evidence of his wrongdoing has been now made public.

This newspaper and this city are not called upon to act as Solomon. It is not our task to determine what LeClair’s fate should be, based on how we feel about him as a human being and as a member of his community. What determines his fate is the law of Canada. He is accountable for his actions, as anyone is. We must let the process work. We have a system of justice that is supposed to be blind when an individual stands before it.

He has admitted guilt to some serious crimes. Whatever the punishment, once LeClair has completed it, then will be the time for forgiveness for a flawed man. In the end, whether the community accepts any convicted criminal back into society and helps him rebuild his life has little to do with whether that individual deserves it. Mercy is not a virtue that depends on the worthiness of the recipient; to finish the Shakespearean lesson, it droppeth as a gentle rain from heaven, upon all who are there to receive it. All who break the law are accountable to the justice system, and all who pay their debts to society are welcome to rejoin it and try to be good citizens.

25 Responses to “Fr. Joe LeClair gets one year behind bars” & related articles