Father Joseph LeClair sentenced to a year in jail 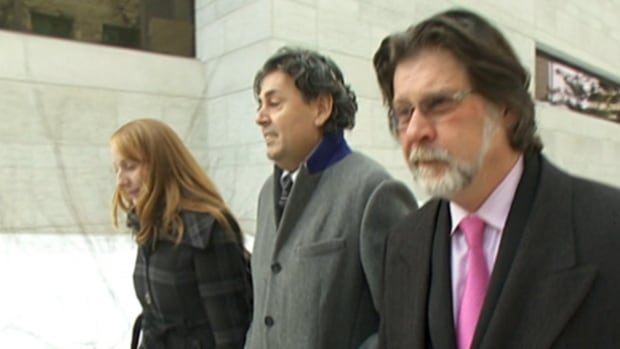 A popular Ottawa priest who stole $130,000 from his church has been sentenced to a year in jail for his crimes.

He was sentenced to one year in jail and one year probation in an Ottawa courtroom on Wednesday morning, after which he and around 50 supporters got together in a larger courtroom for a private meeting.

Ellen Vanneste said she supports LeClair but isn’t surprised at the sentencing.

“Had he not gone to jail, what would the lesson be? I can take money from my mom’s purse, my dad’s wallet and it’s OK because a priest did it?” she said.

“You know, justice had to be served. I’m sorry for him. I’ll pray for him every day, I’ll go to masses and do rosaries for him and he’ll make it,” she said.

Could get parole in the summer

Crown prosecutor Peter Napier had argued at LeClair’s sentencing hearing in January that the priest should spend 18 months in jail for his breach of trust.

But defence lawyer Matthew Webber argued LeClair was addicted to work, which fuelled heavy drinking that enabled his gambling. LeClair should serve his sentence in the community rather than jail, Webber told the court.

Ontario Court Judge Jack Nadelle said he agreed that LeClair’s popularity and workload led to his issues, but that breach of trust and the amount of money played into his decision of jail time.

On Wednesday, Webber said LeClair has an excellent chance of rehabilitation and could be eligible for parole in about six months.

He said he will not appeal the sentence.

LeClair was the kind of leader who drew people in, but his criminal confession has divided parishioners, said Thea Boyd. She used to travel from Blossom Park in south Ottawa to the Glebe for church — specifically because of LeClair.

“He just drew you in, and right away your faith was restored. He just had that charisma about him,” she said.

Now that he’s gone, Boyd said that she and other parishioners have been looking for another place to worship.

Father Galen Bank, who came to Blessed Sacrament a year and a half ago, said, “There’s no question” that attendance has fallen at the church since a fraud investigation was launched in 2011. But Bank said the church’s finances and number of parishioners has been stable since he arrived.

The Archdiocese of Ottawa has promised to work with LeClair in his recovery. In a statement issued after his guilty plea, Archbishop of Ottawa Terrence Prendergast said that LeClair was “courageous” to admit his addiction.

“Aware of his many talents and his 25 years of effective pastoral ministry, we will work with Father LeClair in his desire to return to the exercise of his priestly ministry,” the statement said.

The archdiocese said Wednesday it would have no comment on the sentencing, referring the media back to that January statement.