Former Ste. Anne Parish priest Robert Couture is pictured in this 2009 file photo. Couture is facing charges with theft over $5,000.

It may have been bad bookkeeping, but it wasn’t criminal.

That was the testimony Thursday from a forensic accountant testifying for the defence in the trial of former Tecumseh pastor Robert Couture.

Arlene Posel said Couture did take money from a hotly-debated unauthorized TD bank account, but that’s because the money was his.

“The way it was set up, it was his own personal money and he could use it,” said Posel, with Collins Barrow chartered accountants. “I’m not saying it was the best accounting in the world because it wasn’t.”

Posel was the final of two defence witnesses, including Couture himself, in a trial that has lasted nearly two weeks.

She testified that a TD bank account Couture opened in the church’s name, without permission from the London diocese, was meant to make things more “efficient.”

She said it simplified things when Couture needed to pay other priests for doing services or wanted to donate to the needy without drawing too much attention.

Posel said her examination showed that Couture funnelled any money that belonged to Ste. Anne into the church’s legitimate account at National bank.

But she added that the TD account was used “mainly for personal funds.” She said deposits to that account were payments Couture received for doing weddings, funerals, baptisms and other services.

Posel argued the funds he received for those events were gifts from people, not fees that he demanded.

Since it was his personal money, said Posel, it wasn’t stealing when Couture withdrew cash from the account or used it to pay his Visa bills.

“We thought that it was his personal money and he had the right to take it,” she said.

Posel also had several problems with another forensic accountant who did an investigation for the London diocese and testified for the prosecution. Posel argued the other accountant, Karen Grogan from KPMG, started out with the premise that Couture stole money.

“She was told to pre-judge the evidence,” said Posel.

She also said Grogan didn’t examine the church’s National bank account closely enough, and questioned Grogan suggesting such a wide range of money had been stolen.

“If it’s apparent, it should be clear what the amount is,” said Posel.

She also took issue with the accusation that Couture stole $150 to $200 a week from donation baskets. Posel said Grogan wasn’t there when money was collected and wouldn’t know what “normal” levels were. She added there could have been a decline in donations because of the economic downturn at the time.

Posel said Couture also started paying priests $50 for doing a certain mass. He took that money from the donations, she said, which would account for part of the drop in cash the church took in.

“The report has caused harm because she did not make enough effort to come to her conclusions,” said Posel.

Priest accused of stealing from church a bad bookkeeper but not thief, accountant testifies 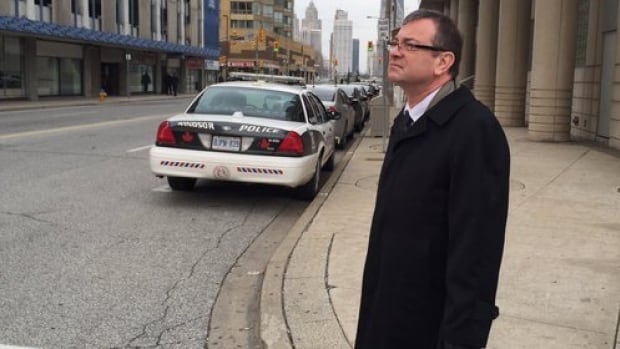 The trial of a southern Ontario Catholic priest accused of embezzling more than $150,000 in church funds continued in a Windsor Superior court Thursday.

Rev. Robert Couture, a former pastor at Ste. Anne Parish in Tecumseh, was charged with theft over $5,000 nearly two years ago after a provincial police investigation into the church’s accounts revealed at least $169,000 in irregularities.

Arlene Posel, a forensic accountant, recently reviewed the report of Ste. Anne’s finances, which led to Couture’s arrest. She testified in court Thursday.

When Couture’s lawyer asked Posel about her findings, she told the court the report relied too heavily on hearsay and an absence of evidence to make it look like Couture stole church money.

She concluded that Couture was a terrible bookkeeper, but not necessarily a crook.

Couture’s lavish spending, allegedly funded by church donations, was not a major point of contention Thursday. It did come out that Couture once used a church credit card to buy his mother groceries.

The tone in court changed when the Crown cross-examined Posel. The Crown lawyer grilled her, saying she was biased and relied heavily on an interview she conducted with Couture.

The Crown added that Posel’s review was weak on analysis, by focusing on the money coming in rather than on where Couture was spending it.

The Crown and the defence are expected to make their closing statements next Wednesday.

With a report from Shaun Malley