A Catholic priest who had faced multiple charges following a police investigation into allegations of sexual assault has had the charges against him withdrawn.

On Thursday, the Crown withdrew charges against Malcolm Joe D’Souza in a hearing that lasted less than a minute.In withdrawing the charges, Crown prosecutor Elliot Baker told provincial court judge Margaret Keelaghan simply “I am advising the court all charges are being withdrawn.”

Father D’Souza, a former pastor at St. Mark’s Roman Catholic Church in Marlborough Park, was charged with one count of sexual assault in January of 2019. The priest had been accused of inappropriately touching a woman at the church on several occasions in 2012. An additional three charges of sexual assault and two counts of unlawful touching of a person under the age of 16 were laid against D’Souza in February 2019.

The Roman Catholic Diocese of Calgary removed D’Souza from a local parish, placed him on administrative leave and prohibited him from ‘exercising any priestly ministry’ in late 2018 after the allegations against him surfaced.

Balfour Der, D’Souza’s lawyer, says the past six months have taken a huge toll on his client.

“I can tell you that the man was devastated by the charges in the first place and in essence being removed by the church,” said Der. “When I gave him the news that the charges were going to be withdrawn he was very emotional on the brink of tear”

Speaking outside court, Der said “they were accusations that, from our perspective, that just couldn’t seem to have happened at the times and places they were alleged to have occurred, and I’m sure when the prosecution examined it the came to the same conclusion.”

Father Malcolm D’Souza, 62, had been working at St. Bernard’s and Assumption parishes 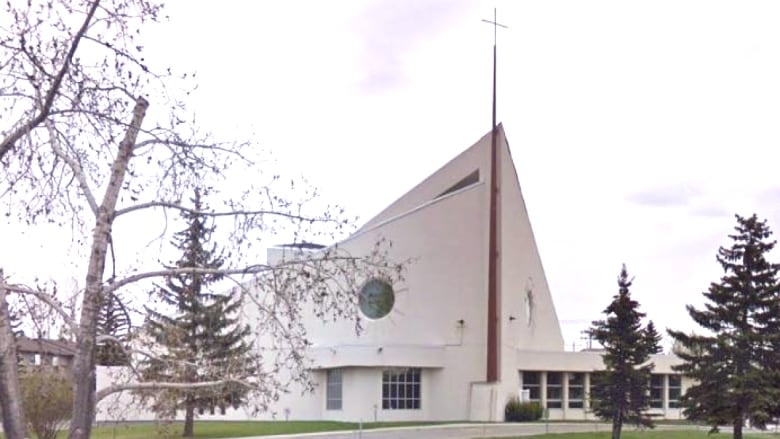 A Catholic priest in Calgary no longer faces allegations of sexual assault after the prosecutor withdrew the charges in court on Thursday.

Father Malcolm D’Souza, 62, had been working at the St. Bernard’s and Assumption parishes until October, when he was removed from service by the Roman Catholic Diocese of Calgary.

“They were accusations that, from our perspective, just couldn’t have happened in the places, at the times that it was alleged to have occurred. And I’m sure when the prosecution examined it, they probably came to the same conclusion,” said defence lawyer Balfour Der.

Prosecutor Donna Spaner confirmed there was no reasonable prospect of conviction and said it was not in the public interest to prosecute D’Souza.

D’Souza was arrested and charged in January.

At the time, the priest had already been placed on leave after the diocese said it had received allegations of sexual misconduct against the priest involving others stemming from the priest’s tenure at St. Mark in northeast Calgary.

“The man was devastated by the charges in the first place and by, in essence, being removed from the church,” said Der.

“When I gave him the news that the charges were going to be withdrawn, he was very emotional, on the brink of tears.”

Der said he isn’t sure what the future holds for his client.

Meghan Grant is the courts and crime reporter for CBC Calgary.

“There is no reasonable prospect of conviction and it’s not in the public interest to proceed,” Spaner said outside court.

Spaner added her decision should not reflect poorly on police.

“I think the police did a very thorough investigation and the police have a different threshold than we do (for proceeding with charges).”

Defence lawyer Balfour Der appeared in court on behalf of D’Souza, who has relocated out of Calgary since the charges were laid.

D’Souza, 62, had faced six charges involving allegations by four women, one of whom was a minor at the time of the allegations, which occurred between 2012 and 2016.

He was initially charged in January in connection with a single complainant, before three other women came forward.

Der said his client is relieved, but noted his career as a priest is likely over.

“The man was devastated . . . by the charges in the first place and also by in essence being removed by the church,” Der said.

“When I gave him the news the charges were going to be withdrawn he was very emotional, on the brink of tears.”

D’Souza was placed on administrative leave by Bishop William McGrattan on leave Oct. 19, 2018, following allegations of sexual misconduct in connection with several adults and two minors.

“The primary concern of the guidelines of the Diocese is the protection of all persons, especially minors and vulnerable persons,” the diocese said in a statement Thursday.

It said an internal investigation will be conducted in accordance with its “model code of conduct.” The church will not comment further until the investigation is completed.

“I don’t know where this will go, I can’t speak for the Roman Catholic Church, I don’t know what their position is,” he said. “He’s at an age, in his 60s, where it’s hard to start a new career.”

He said he didn’t know if D’Souza would want to be reinstated to full priestly duties.

“I know he was very disappointed with, in essence, being dismissed by the church with just the allegations, without any trial.”

He said he didn’t want to discuss the specifics of the allegations, since they were never discussed in open court, but questioned their validity.

“They were accusations that from our perspective just couldn’t seem to have happened at the places, at the times it was alleged to have occurred, and I’m sure when the prosecution examined it they came to the same conclusion.”

Since the charges were withdrawn, rather than stayed, the Crown has no option to reactivate them in the future.