Eric Dejaeger’s lawyers oppose use of past convictions as evidence

Eric Dejaeger is escorted into the Nunavut Court of Justice. (FILE PHOTO)

A Crown lawyer told Justice Robert Kilpatrick March 17 that Eric Dejaeger’s character is a legitimate issue for consideration by the court, because of testimony the former Belgian priest gave during cross-examination last January.

If Kilpatrick — who presides over the trial alone — accepts Crown prosecutor Doug Curliss’s arguments, then Dejaeger’s previous criminal record, consisting of convictions on sex crimes committed in Baker Lake during the 1980s, can be used as evidence in this trial.

Because such evidence can be highly prejudicial to an accused person, Crown lawyers can’t introduce it until after they first persuade a judge that the value of such evidence outweighs its prejudicial effects.

This is the Dejaeger’s first day back court for a trial which began Nov. 18, 2013 and adjourned this past Jan. 23.

The elderly Dejaeger briskly stepped into the courtroom March 17 and greeted his lawyer, Malcolm Kempt, before the Curliss began arguing for its application to permit the use and examination of Dejaeger’s Baker Lake convictions.

In 1990, Dejaeger pleaded guilty to nine sex offences arising from his stay in Baker Lake, and served out a five-year prison sentence.

Despite more charges against him related to his work as a priest in Igloolik between 1978 and 1982,  Dejaeger fled Canada for Belgium shortly after his release from jail.

Belgian authorities returned Dejaeger to Canada after discovering that Dejaeger is not a Belgian citizen, but a Canadian.

Dejaeger originally faced 80 charges, mostly sex-related and involving children. Kilpatrick has since dismissed four of them due to weak evidence, and Dejaeger has pleaded guilty to eight.

It’s those eight guilty pleas that Curliss focused on during the Crown’s cross-examination of Dejaeger.

And it’s what Dejaeger said about them in his testimony that now puts his character in jeopardy, Curliss said.

Dejaeger said in that testimony that he is not a violent person and that he would never threaten children, Curliss told Kilpatrick, which means he opened up his character to the scrutiny of the court.

Dejaeger was “asserting that he would not do things because of his character,” Curliss said and, citing case law, that’s all it takes for a witness to put his character into dispute.

Dejaeger, red-faced and eyebrows furrowed, stared at Curliss during the Crown’s arguments. He took a sip of water once, and took off his glasses to rub his eyes and his face with his left hand.

Kempt denied that Dejaeger put his character at risk, calling details in the Crown’s arguments, “semantics.”

In each of the two cases, the accused denied all charges laid against them — but Dejaeger pleaded guilty to the eight charges he was being questioned on, Kempt argued.

Kempt also argued that Curliss asked leading questions during his cross-examination of Dejaeger.

During the Crown’s cross-examination, Curliss asked Dejaeger if he thought his actions were violent.

Curliss, reading from transcripts, said when Dejaeger touched those eight boys, he didn’t know it was an act of violence.

At the time of the incidents, Dejaeger said he thought his actions were innocent — like that of ruffling a kid’s hair or pinching his cheek.

Dejaeger said that for some of the kids, he just wanted to shoo them away.

Curliss asked, “Why didn’t you punch him in the face?”

That’s when Dejaeger said he’s not a violent person.

Kempt described the Crown’s application as going through the “side window” to get Dejaeger’s criminal record admitted as evidence.

Kilpatrick said he provide a decision on the application early March 18.

After that, the Crown suggested it may make a different application.

Earlier crimes may be included as evidence in priest abuse case

IQALUIT, Nunavut – A northern judge is considering whether he should consider previous convictions against a priest accused of sexually abusing Inuit children.

Crown prosecutors are trying to get the convictions entered as evidence against Eric Dejaeger.

Dejaeger faces 68 counts of abuse against dozens of children from his time in Igloolik, Nunavut, between 1978 and 1982.

Prosecutors argue the previous sex-abuse convictions shed light on the character of Dejaeger, who has testified that he’s not a violent man.

His defence lawyer says the Crown is trying to bring in evidence through the back door that has already been rejected.

The trial is expected to wrap up by Friday. 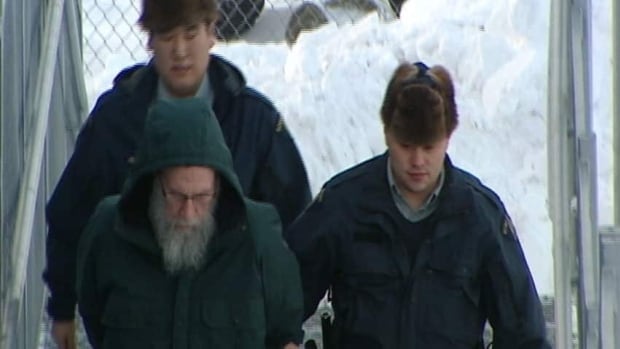 The trial of Eric Dejaeger, a former Oblate priest in Igloolik, Nunavut, is expected to wrap up this week in Iqaluit. This morning, the Crown prosecutor in the case made a special application to the judge seeking permission to cross-examine DeJaeger regarding his criminal record.

The trial of a former Oblate priest resumed this morning in Iqaluit.

Today, Crown prosecutor Doug Curliss made an application before the court asking whether he can cross-examine Eric Dejaeger regarding his criminal record.

Curliss argued there are questions surrounding Dejaeger’s character and morality and he wants to ask him about some of his testimony.

And Kempt accused the Crown prosecutor of trying to come up with any reason to question Dejaeger.

In court, Dejaeger showed no emotion.

Justice Robert Kilpatrick has reserved his decision on the application until tomorrow.

Then the Crown is expected to make a second application: to re-visit the testimony of one of the complainants.

The trial is expected to conclude this week.

Earlier crimes may be included as evidence in priest abuse case

IQALUIT, Nunavut – A northern judge is deciding whether to consider the previous convictions of a former priest accused of sexually abusing Inuit children.

Eric Dejaeger, a former Oblate priest, is facing 68 counts of abuse against dozens of children from his time as a missionary in Igloolik, Nunavut, between 1978 and 1982. The allegations range from fondling to the sodomy of a little girl duct-taped to the priest’s bed.

Dejaeger pleaded guilty to another eight counts as his trial began last November.

On the witness stand Dejaeger testified that the most recent offences he admitted to “just happened.” He suggested that the nature of the offences shows that he’s not a violent man.

Crown prosecutor Doug Curliss argued Monday that since Dejaeger brought the question of his character into court, that gives the prosecution the right to introduce information from Dejaeger’s previous convictions.

“The details of his previous convictions put his character in issue,” Curliss said.

Dejaeger was sentenced to five years in jail in 1989 for 10 sexual assaults he committed in Baker Lake, Nunavut, after leaving Igloolik.

Defence lawyer Malcolm Kempt argued that just because his client discussed charges he pleaded guilty to at the start of this trial, that isn’t enough reason to include information from his previous convictions.

“This is coming through a side window,” said Kempt. “I would suggest the Crown is reaching on this.”

Justice Robert Kilpatrick said he would rule on the evidence Tuesday.

The trial is expected to wrap up by Friday.

Kilpatrick hasn’t said when he might deliver a verdict. He has more than 1,500 pages of transcripts to review from the trial.