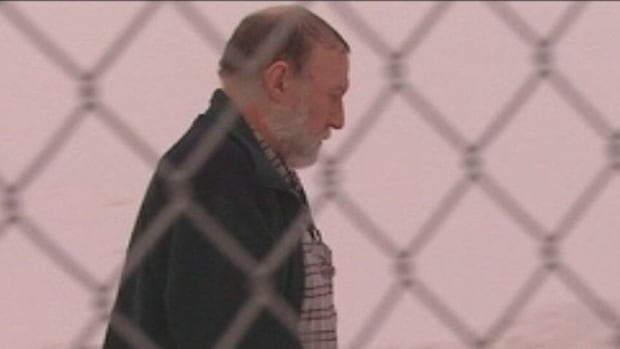 ‘It just happened,’ said Eric Dejaeger in court this week, speaking of the eight charges of indecent assault to which he has pleaded guilty. His case has been adjourned until March 17.

The trial of Eric Dejaeger has been adjourned until March 17.

The 66-year-old former Oblate missionary is facing dozens of charges relating to the sexual abuse of children in Igloolik three decades ago.

Dejaeger took the stand in Iqaluit this week in his own defence, repetitively denying most of the allegations against him.

Crown prosecutors have yet to conclude their cross-examination of him. However, they plan to make an application to explore details of Dejaeger’s criminal record, to determine whether character is an issue.

Then they plan to call reply evidence to the testimony of one of the complainants.

In court yesterday, the Crown spent much of the time asking Eric Dejaeger about the eight charges to which he has already pleaded guilty, all of which are for indecent assault against young boys.

Crown prosecutor Doug Curliss asked Dejaeger if he knew at the time that what he did was wrong.

Dejaeger said a number of times that it wasn’t a conscious right or wrong thing… and that “it just happened.”

The incidents took place in Dejaeger’s bedroom upstairs at the mission. In each case, the boys were fully dressed.

Father Robert Lechat was the main priest at the mission at the time, but was often away on church business.

When he was there, he had strict rules: children were not allowed upstairs, and they were sent home at about nine in the evening.

Curliss asked Dejaeger why he let the kids into his room when Lechat was absent.

He said he didn’t know.

Dejaeger also said he didn’t like it when children hung out at the mission outside of scheduled church activities, as there was a gym and a community hall in town.

Closing arguments must be in open court: judge

In court this morning, both the defence and Crown prosecutors sought to make closing arguments in writing, rather than in person in open court.

He says the public has an interest in the case, and it would be difficult and expensive for the public to access the written arguments.

Kilpatrick says open court principles must be applied, and Dejaeger has a right to be present.

Kilpatrick also told the court there will be no further delays or adjournments in the case.

Dejaeger’s lawyer, Malcolm Kempt, says his client wants to get the matter over with as soon as possible.

Dejaeger was facing over 60 charges.

However, three of those charges were dismissed Jan. 20.

In an application to the court, Kempt sought to have a further seven charges dismissed, saying the Crown has not and could not prove its case.

In a written ruling released Jan. 21, Kilpatrick dismissed one charge of threatening violence, and altered one charge from unlawful sexual intercourse to buggery.

However, five other charges still stand.