Ex-priest convicted of sex crimes against Inuit children in Igloolik, Nunavut 3 decades ago 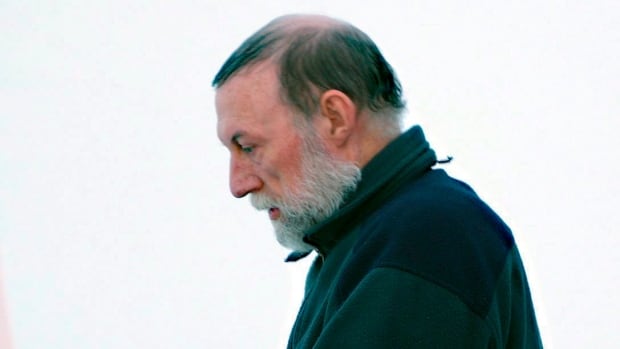 Former Catholic priest Eric Dejaeger leaves an Iqaluit courtroom in 2011. Lawyers for the Crown and defence will make their arguments as to what sentence Dejaeger should serve, after his conviction on 32 charges of sex crimes, mostly against children. (Chris Windeyer/Canadian Press)

Crown and defence lawyers are expected to make their arguments in Iqaluit this morning in the sentencing hearing of Eric Dejaeger.

Dejaeger, a 67-year-old former Oblate priest, was convicted last year on 32 counts of child sexual abuse dating back to his time as a priest in Igloolik, Nunavut, between 1978 and 1982.

On Monday and Tuesday, 18 of his victims described to the court how those events affected them physically, emotionally and spiritually.

Some said they have either lost or found faith in the process. One woman quoted the Bible, saying the former priest did not know God. Another said he won’t baptize his daughter. He, like most of the others who made statements, said they turned instead to drugs and alcohol to “numb the pain and shame.”

They and their families wept and wailed even as court was adjourned for the day.

Today, lawyers will recommend the amount of time they think Dejaeger should serve.

Crown prosecutor Barry Nordin says he expects the arguments to take about half a day.

There is no word yet from the Crown or defence lawyers on what sentence they’ll be seeking, but Nordin says there will probably not be a decision from Justice Robert Kilpatrick this week.

The CBC’s Peter Worden will be reporting from the courtroom on Twitter and right here.