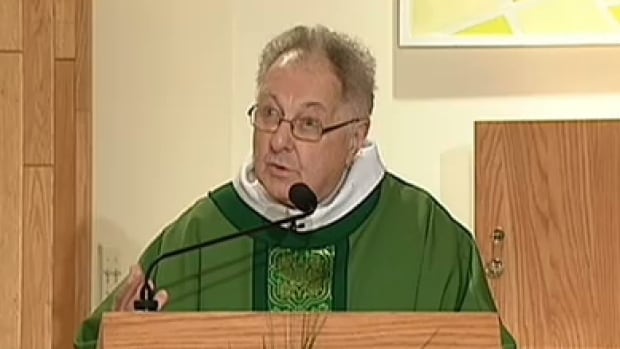 Paul Breau was chaplain at the University of Moncton for almost a decade. (CBC)

​A sexual assault charge was withdrawn Thursday against the former chaplain at the University of Moncton after the Crown learned he was mentally incompetent for a trial.

Priest Paul Breau, who is 86, was not in court when the Crown announced it was not going ahead with the charge.

According to the file, the alleged incidents took place in 1985 and 1986 in Shediac, when Breau was priest at the St.  Joseph parish.

Breau was the chaplain at the University of Moncton until just recently and is now in a nursing home. His arraignment was scheduled for Thursday.

But a Crown prosecutor told reporters outside court that a decision was made to withdraw the charge against Breau after two medical reports, including one from his doctor, declared him incompetent.

Prosecutor Maurice Blanchard did not want to give more details.

In October 2016, after allegations first surfaced against him, Breau was removed from his functions by the Archdiocese of Moncton.

A civil lawsuit is still pending against him and the archdiocese. It was launched by someone who claims he was abused by both Breau and former priest Yvon Arsenault, who is now serving four years in prison for molesting boys in the 1970s.

No accusation against Breau has been proven in court.