Brian Boucher, a Catholic priest who worked at churches across Montreal, is on trial for sexual assault.

A Catholic priest who worked at churches across Montreal is now on trial for the sexual assault of teenagers.

Brian Boucher, 57, is accused of committing the assaults over 20 years as he made his way through half a dozen churches throughout Montreal and its suburbs.

As the trial began on Monday, the first witness against him, now 23 years old, explained how after years of abuse, he went to police five years ago to file a complaint against Boucher.

The young man said he came from a devout Catholic family that worshipped at Our Lady of the Annunciation church in Town of Mount Royal. He said he had complete trust in the priest until the first time Boucher assaulted him.

According to the young man, he had recently entered high school and confessed to having lustful thoughts about a girl in school.

He testified that at age 12, the priest wanted to punish him because he didn’t confess to dancing with a girl at a high school party – something he wasn’t allowed to do.

He testified that Boucher ordered him to strip off his clothes and to submit to being touched sexually.

Because of the respect that his family had for the priest, the youth said he never told them anything, and continued to be sexually abused for three years.

At age 15 the boy began pushing back at the priest. Boucher allegedly got so angry that he followed the teen right into his parent’s living room.

When he turned 18, the witness filed a complaint with police.

When police launched the investigation, other victims began to come forward.

Sitting in the front row of the courtroom Boucher caught the judge’s eye as he visibly reacted to the testimony.

The judge ordered Boucher’s lawyer to inform his client that the faces he was making were unacceptable and that Boucher should compose himself while hearing the witnesses testifying about sexual assault.

Boucher immediately did so.

Some parishioners came to court Monday and said they were shocked by what they heard.

“I never suspected this type of thing would be going on. I’m still in shock and disbelief,” said parishioner Sandra Trihey.

Boucher worked in Senneville, LaSalle, Dorval, Town of Mount Royal, and Montreal between 1985 and 2015.

Police investigated Boucher with the cooperation of the Montreal Archdiocese for nearly two years before he was arrested in March 2017.

The trial is expected to last one week. Boucher is free on bail as the trial goes on.

The Montreal archdiocese has stripped Boucher of all his responsibilities at least until the trial is over.

WATCH: The trial for a priest accused of sexual assault got underway Monday at the Montreal courthouse. As Global’s Felicia Parrillo reports, Brian Boucher was arrested and charged in march 2017 and is facing several charges of sexual assault and sexual touching.

The trial has begun for a Montreal priest accused of sexual assault.

Father Brian Boucher was arrested in March 2017 and is facing several charges of sexual assault and sexual touching.

Boucher, 57, sat in the courtroom donning a Roman collar and listened intently on the opening day of his trial while the first witness, now 23 years old, said he suffered years of abuse at the hands of Boucher.

The young man, whose identity is protected under a publication ban, said the abuse started when he was 12 and lasted until he was around 15.

He claims it began when Boucher asked him about his sexual feelings, escalating to sexual touching, oral sex and penetration.

The witness testified that he comes from a devout Catholic family that was very active at Our Lady of the Annunciation church in the Town of Mount Royal, where he claims the abuse occurred.

He testified that he never told his parents or anyone about the abuse until he was 18 years old — a few years after the abuse had ended.

Boucher’s lawyer cross-examined the witness Monday afternoon, trying to prove doubt and contradictions between the witness’ testimony and his initial interview with police three years ago.

At one point during the witness’ testimony, the judge asked Boucher’s lawyer to inform his client to stop making faces.

Boucher’s trial is expected to last the entire week.

‘A prisoner in my own life’: Alleged assault victim testifies at trial of Fr. Brian Boucher 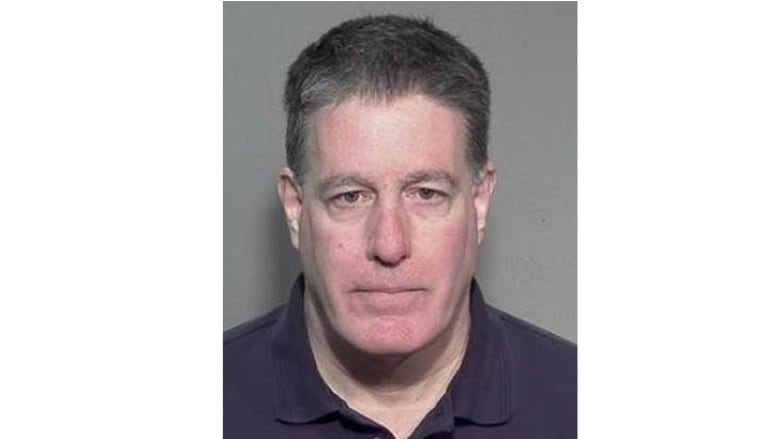 Brian Boucher was a priest at churches in Senneville, LaSalle, Dorval, Town of Mount-Royal, and downtown Montreal. (SPVM)

A witness at the sexual assault trial of a Montreal priest, Brian Boucher, 57, said he was assaulted for three years by Boucher, who was his parish priest and a close friend of his family, beginning when he was 12 years old.

Boucher, who was ordained as a priest in 1996, served at English parishes throughout the greater Montreal region, and worked as a chaplain at McGill University and at Lakeshore Hospital in Montreal’s West Island.

He’s pleaded not guilty to charges of sexual assault, sexual interference and invitation to sexual touching.

Priest was a family friend

On the first day of testimony at the Montreal courthouse, the witness told Quebec court Judge Patricia Compagnone that Boucher was the parish priest at Our Lady of the Annunciation Parish in the Town of Mount Royal when he was a boy.

He testified that his family was devout and very involved with the parish, and Boucher was a family friend who often dined at their house. He sponsored the boy for his confirmation.

The witness testified that a few days after a high school dance, while driving him home, Boucher said someone had told him that the boy had been “grinding” with a girl on the dance floor.

He said Boucher questioned him about that, then took him to the rectory where he lived and told him to remove all his clothes.

“He told me to get completely naked so I could be completely honest,” he testified.

He said he hadn’t wanted to remove his clothes, but Boucher threatened to tell his parents about the “grinding” episode if he didn’t.

“I’m small. He’s tall and imposing. When he says there are consequences, it’s easy to see that would be the case,” the witness said.

He says he removed his clothes, and Boucher touched his genitals and other parts of his body.

‘I was ashamed of what happened to me’

The witness said he was an altar boy who was at the church often, and by the time he was in his second year of high school, Boucher began regularly forcing him to give and receive oral sex while at the rectory.

He said in the third year of high school Boucher took him to his bedroom at the rectory and penetrated him anally on three occasions.

“I was squirming and asking him what he was doing. I was not comfortable. I didn’t like what was happening. He just continued. He said he was doing a trick,” he testified.

The witness said the alleged assaults stopped when he was 15. He couldn’t remember why.

He said he never told his parents of the alleged assaults at the time.

“I was ashamed of what happened to me. I was afraid of their reaction,” he said.

He decided to file a complaint with police when he was in his first year of university.

“I was tired of it. I felt like a prisoner in my own life,” he testified.

“What happened to me shouldn’t have happened. It shouldn’t be something anyone else has to go through,” he said.

At one point during the witness’s testimony, the judge interrupted and asked Boucher’s lawyer to speak to his client about “curtailing his reactions” to the testimony, saying she found it distracting. It’s not clear what Boucher had been doing.

Under cross-examination, Boucher’s lawyer, James Cocciardi, asked the witness if he understood what sexuality was when he was 12 and the alleged assaults began.

“Not really. I come from a conservative family,” he responded.

Cocciardi asked if what was happening to him felt strange or odd, or if he felt violated.

“I was in fear the entire time. I just shut down. I decided to lessen my pain,” he responded.

The witness admitted that he went on three trips alone with Boucher after the abuse had ended. He said they went alone together to Mexico for a week while he was a CEGEP student.

“I pleaded with my mother not to go. I cried when he told me. My mother told me to go,” he said.

He also said he went to Charlevoix on one occasion with Boucher, and later, when he was 18, he visited Boucher in Washington, D.C., where Boucher was pursuing theological studies at the time.

Boucher’s trial is expected to last a week.

A pastor who has presided over parishes in the West Island and TMR is on trial for sexual assaulting an altar boy between 2008 and 2011.

Brian Boucher’s first alleged victim took the stand describing how he was sexually touched and sexually assaulted by Boucher, starting when he was 12 up until he was 15.

The witness testified he and his parents were very involved at the Our Lady of the Annunciation Parish in Town of Mount Royal and that Boucher became a close family friend.

Now 23, the young man testified that it all started with Boucher asking him questions of a sexual nature.

The witness testified that he didn’t tell anyone about the alleged abuse because Boucher threatened to tell his parents about his close physical contact with a girl at a school dance.

The young man testified he was also intimidated by Boucher who grew more aggressive in his questioning about Boucher’s intimate life when he started dating a girl later in high school.

Upon cross-examination, the man also testified that he was compliant as possible to avoid having Boucher  throw temper tantrums.

The witness testified he went to police when he was 18, saying he was tired of being a prisoner in his own life and didn’t want anyone else to become a victim.

At one point during the testimony, judge Patricia Compagnone told Boucher’s lawyer to ask his client to discipline himself and to keep his reactions to himself, saying that goes for everyone in the courtroom.

Boucher, 57, also presided at other churches in Senneville, Dorval and LaSalle between 1985 and 2015.

Boucher is represented by James Cocciardi and the crown prosecutor is Annebelle Sheppard.

The trial is expected to last until Friday.