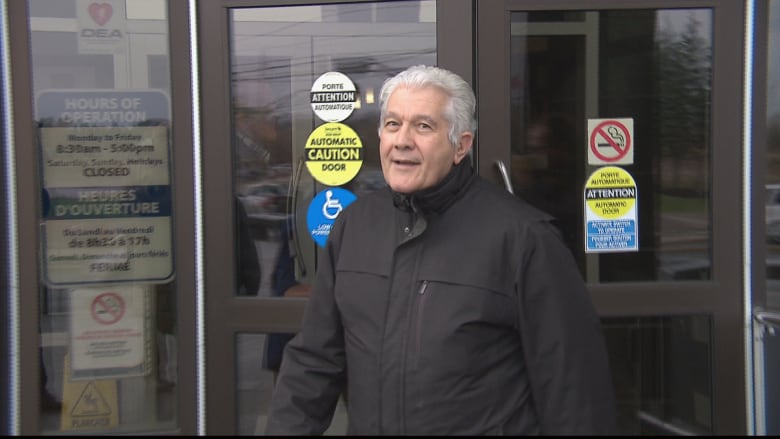 Yvon Arsenault, in a picture from February 2017, before he was sent to prison for molesting nine boys between 1971 and 1980 while serving as a Catholic priest. He is now being charged with indecent assault. (CBC)

Former Catholic priest Yvon Arsenault was back in court Thursday to face a charge of indecent assault against a male dating back to the 1970s. He’s already in prison for molesting nine boys between 1971 and 1980.

The 74-year-old man is accused of assaulting a male between January 1970 and December 1973 in Shediac. The charge reflects the Criminal Code at the time. The age of the alleged victim was not provided.

Arsenault appeared without a lawyer and is scheduled to return to court June 22.

At his court appearance Thursday, Arsenault appeared to be heavier, with a beard, glasses and a buzz cut that he didn’t have at his sentencing in February.

The identity of the person Arsenault is accused of assaulting is protected under a publication ban. Arsenault’s previous victims were minors, all between the ages of nine and 17 when the abuse occurred.

The counts he was convicted of happened between 1971 and 1980 in Shediac and the Northumberland County community of Collette.

Arsenault was removed from service by the Catholic Archdiocese of Moncton in 2012.