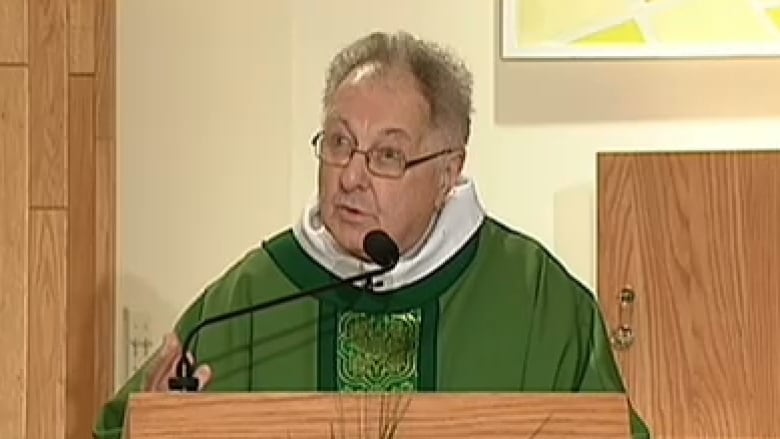 Rev. Paul Breau was chaplain at the University of Moncton for almost a decade. (Radio-Canada)

In the latest series of pedophilia scandals plaguing New Brunswick’s Catholic churches, four priests have been accused of sexual assault, including the former chaplain of the University of Moncton and Dorchester Penitentiary.

Two of the priests practised at St-Joseph Church in Shediac when the alleged abuse took place.

A lawsuit was filed against Rev. Paul Breau, the former chaplain, Rev. Yvon Arsenault and the Moncton Diocese, alleging the priests used their position of authority to engage in repeated sexual intercourse with a 13-year-old boy.

The boy was a young offender who had been ordered to do community work on church grounds, including raking leaves in the yard surrounding the St-Joseph parish. The two priests were responsible for supervising the young boy.

The abuse is alleged to have occurred over a two-year-period in the 1980s, in the residence of the priests.

The complainant, now 45, said he suffered severe damage as a result of the abuse, including depression and anxiety.

Father Paul Breau occupied high-profile positions within the Moncton Diocese, including champlaincy at the University of Moncton and Dorchester Penitentiary.

Breau was still practising when the alleged accusations surfaced.

The Archbishop of Moncton, Valery Vienneau, has since removed him from his duties. In a statement, Vienneau said he was saddened by the news.

“While Father Breau had an excellent record, we will in accordance with our policy for the protection of minors and vulnerable persons suspend Father Breau from any further activities as a cleric pending the outcome of the court case,” said Vienneau.

Vienneau also said the Diocese has committed itself to stringent anti-abuse protocol, and has taken “unprecedented steps” to resolve claims of victims of sexual abuse, particularly those that came forward through the process spearheaded by former Supreme Court Judge Michel Bastarache.

The University of Moncton refused to comment on the allegations against its former chaplain, stating it does not comment on cases that are before court. 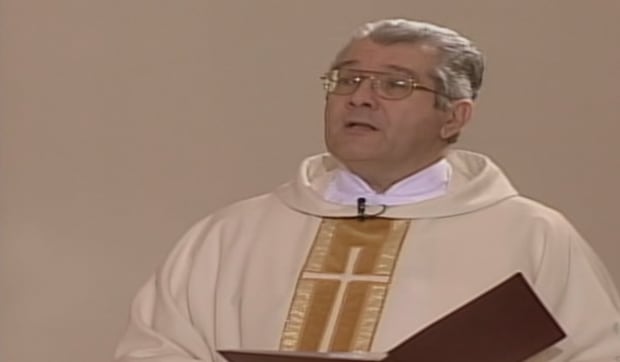 Rev. Yvon Arsenault faced several sex scandals before being removed from the Moncton Diocese in 2013. (CBC)

Yvon Arsenault also faces a new lawsuit from another complainant, who alleges he was abused at the St-Joseph Parish when he was 12-years-old.

Arsenault faced a string of sexual abuse allegations in previous years, and was eventually removed from the church in 2013.

He is expected at Moncton’s Court of Queen’s Bench on Oct. 24 to face those accusations.

New accusations have also surfaced against priests in Bathurst and  Edmundston.

A lawsuit was filed against Rev. Normand Dugas of the Bathurst Diocese and two other priests who are now deceased.

The complainant alleges he was abused by the three priests in succession, starting when he was six-years-old and continuing until he turned 14.

Last month, two lawsuits were filed against former priest Rino Deschenes and the Edmundston Diocese, alleging he repeatedly abused two young boys, aged between nine and 13, when he was a priest at the Riviere-Verte Church.

According to the lawsuit, Deschenes admitted to the allegations in letters given to the victims.

Deschenes is currently in prison, after pleading guilty in 2015 to five sex-related charges, including indecency and sodomy. He was sentenced to seven and a half years in prison. 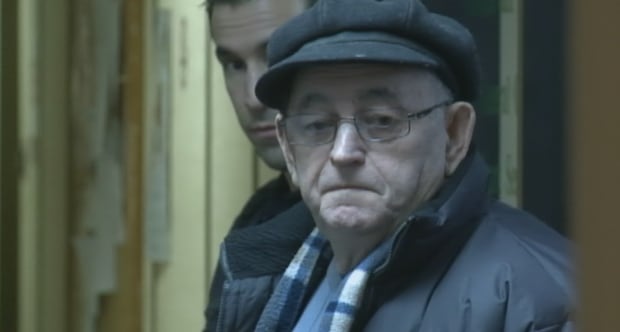 Rino Deschenes is in prison since 2015 for sex crimes he admitted to during his time as a priest in Edmunston. (Radio-Canada)