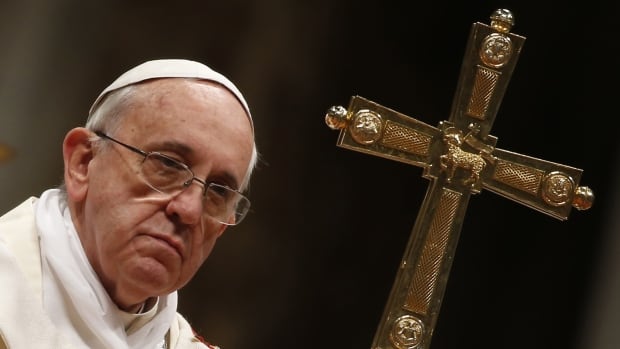 In a devastating report Wednesday, the UN human rights committee severely criticized the Holy See and urged it to review its policies to ensure children’s rights and their access to health care. (Tony Gentile/Reuters)

The Vatican “systematically” adopted policies that allowed priests to rape and molest tens of thousands of children over decades, a UN human rights committee said Wednesday, urging the Holy See to open its files on pedophiles and bishops who concealed their crimes.

In a devastating report hailed by abuse victims, the UN committee severely criticized the Holy See for its attitudes toward homosexuality, contraception and abortion and said it should change its own canon law to ensure children’s rights and their access to health care are guaranteed.

The Vatican promptly objected and its UN ambassador accused the committee of having betrayed the international body’s own objectives by allowing itself to be swayed by pro-gay ideologues. He said it appeared the committee simply hadn’t listened when the Holy See outlined all the measures it has taken to protect children.

The report, which took the Vatican by surprise in its harsh tone, puts renewed pressure on Pope Francis to move decisively on the abuse front and make good on pledges to create a Vatican commission to study sex abuse and recommend best practices to fight it. The commission was announced in December, but few details have been released since then.

The committee issued its recommendations after subjecting the Holy See to a daylong interrogation last month on its implementation of the UN Convention on the Rights of the Child, the key UN treaty on child protection, which the Holy See ratified in 1990.

Critically, the committee rejected the Vatican’s longstanding argument that it doesn’t control bishops or their abusive priests, saying the Holy See was responsible for implementing the treaty not just in the Vatican City State but around the world “as the supreme power of the Catholic Church through individuals and institutions placed under its authority.”

In its report, the committee blasted the “code of silence” that has long been used to keep victims quiet, saying the Holy See had “systematically placed preservation of the reputation of the church and the alleged offender over the protection of child victims.” It called on the Holy See to provide compensation to victims and hold accountable not just the abusers, but also those who covered up their crimes.

“The committee is gravely concerned that the Holy See has not acknowledged the extent of the crimes committed, has not taken the necessary measures to address cases of child sexual abuse and to protect children, and has adopted policies and practices which have led to the continuation of the abuse by, and the impunity of, the perpetrators,” the report said.

It called for Francis’ nascent abuse commission to conduct an independent investigation of all cases of priestly abuse and the way the Catholic hierarchy has responded over time, and urged the Holy See to establish clear rules for the mandatory reporting of abuse to police and to support laws that allow victims to report crimes even after the statute of limitations has expired.

No Catholic bishop has ever been sanctioned by the Vatican for sheltering an abusive priest, and only in 2010 did the Holy See direct bishops to report abusers to police where law enforcement requires it. Vatican officials have acknowledged that bishop accountability remains a major problem and have suggested that under Francis, things might begin to change.

The committee’s recommendations are non-binding and there is no enforcement mechanism. Instead, the UN asked the Vatican to implement the recommendations and report back by 2017. The Vatican was 14 years late submitting its most recent report.

The committee is made up of independent experts, not other UN member states — the case on the larger and often politicized UN Human Rights Council, which also sits in Geneva. The Committee on the Rights of the Child is one of 10 UN bodies that monitor implementation of the core UN human rights treaties, and its 18 members include academics, sociologists and child development specialists from around the globe. 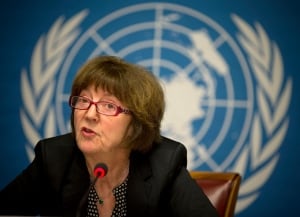 Archbishop Silvano Tomasi, who headed the Vatican delegation at the Jan. 16 session in Geneva, was clearly taken aback by the scathing tone of the report.

“It seems as if the document was prepared before the committee meeting, where the Vatican gave detailed responses on various points that weren’t reported in this concluding document or seem to not have been taken into consideration,” he told Vatican Radio.

While most attention has focused on child sex abuse, the committee’s recommendations extended far beyond, into issues about discrimination against children and their rights to adequate health care, matters that touch on core church teaching about life and sexual morals.

The committee, for example, urged the Vatican to amend its canon law to identify circumstances where access to abortion can be permitted for children, such as to save the life of a young mother. It urged the Holy See to ensure that sex education, including access to information about contraception and preventing HIV, is mandatory in Catholic schools. It called for the Holy See to use its moral authority to condemn discrimination against homosexual children, or children raised by same-sex couples.

Church teaching holds that life begins at conception. The Vatican, which therefore opposes abortion and artificial contraception, calls for respect for gays, but considers homosexual acts to be “intrinsically disordered.” The Vatican has a history of diplomatic confrontation with the United Nations over such issues.

Tomasi said the call to reconsider abortion ran against the UN treaty’s own objectives to protect the life of children before and after birth, and he accused pro-gay rights and gay marriage advocacy groups of having “reinforced an ideological line” with the committee.

Benyam Mezmur, a committee member and Ethiopian academic on children’s legal rights, rejected any such criticism and said the committee report was balanced and was aimed purely at ensuring the treaty was implemented.

Austen Ivereigh, coordinator of Catholic Voices, a church advocacy group, said the report was a “shocking display of ignorance and high-handedness.”

He said it failed to acknowledge the progress that has been made in recent years and that the Catholic Church in many places is now considered a leader in safeguarding children. And he noted that the committee seemed unable to grasp the distinction between the responsibilities and jurisdiction of the Holy See, and local churches on the ground.

“It takes no account of the particularities of the Holy See, treating it as if it were the HQ of a multinational corporation,” he said in an email.

But victims groups hailed the report as a wake-up call to secular law enforcement officials to investigate abuse and any cover-ups, and prosecute church officials who are still protecting predator priests.

“This report gives hope to the hundreds of thousands of deeply wounded and still suffering clergy sex abuse victims across the world,” said Barbara Blaine, president of the main U.S. victim’s group SNAP. “Now it’s up to secular officials to follow the U.N.’s lead and step in to safeguard the vulnerable because Catholic officials are either incapable or unwilling to do so.”